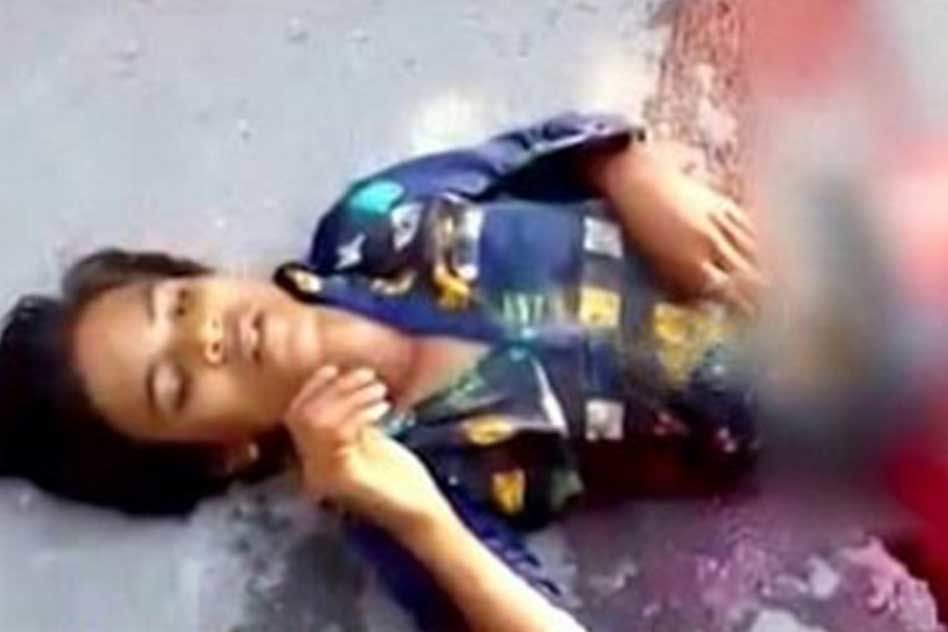 On 2 February 2017, an 18-year-old boy riding his bicycle was run over by a bus. The incident happened in Koppal, 380 km from Bengaluru.

The boy – Anwar Ali – lay on the road, bleeding profusely, for almost 30 minutes before he was rushed to a nearby hospital. In this duration, many people saw Anwar and, instead of helping him and taking him to a hospital, they clicked photographs of him bleeding using their mobile phones.

Anwar was finally rushed to a hospital, but it was too late; he succumbed to his injuries and passed away.

His brother told PTI, “No one came to his help, they were making videos and clicking pictures. If someone had cared, my brother could have been saved. More than 15 to 20 minutes were wasted there.”

Anwar’s is not a rare case. Only three days ago, students hit by a cab had to wait for hours before being taken to a hospital. Similarly, a 38-year-old police officer was trapped and bleeding under a police jeep, forced to fend for himself despite the photograph-clicking crowd around him. He later died; had it not been for the apathy of the bystanders he could have been saved.

In a country where 16 people become victims of road accidents every hour, road safety is a primary issue.

In 2010, the World Health Organisation estimated that India has the highest number of road accident deaths in the world.

Some studies show that 80 percent of the road accident victims could be saved if medical treatment is made available within one hour of the accident. There are still certain apprehensions that prevent people from helping the hapless victims, and the biggest deterrent is the fear of being questioned by the police and hospital staff.

When a road accident happens, the hour immediately after the accident is called the ‘golden hour’. This hour is very crucial to saving the lives of the victims.

Pedestrians and bystanders come into the scene now. The responsibility falls on them, as dutiful citizens, to help the accident victim. But many times we see that people don’t come to the aid of the victim; they either choose to ignore and walk away or they just stand still and watch what happens next. This is a phenomenon known as the Bystander Effect.

The Bystander Effect, or Bystander Apathy, is a social psychological phenomenon where people do not offer any help to a victim because they assume someone else will do it. The greater the number of people standing around, the less likely that any of them will help.

In times of calamity, the help of fellow-humans acts as a beacon of light. Stories of strangers helping a person involved in an accident move and inspire us all. For this to happen we need to act; we need to train our minds to beat the Bystander Effect.

In March 2016, the Supreme Court gave its approval to the central government’s notification that provides protection to the Good Samaritans – or the people who help victims of road accidents by taking them to a hospital or reporting about the incident.

The law will now ensure that reporting a road accident to police or taking a victim to the hospital will no longer be a harrowing experience for Good Samaritans.

Karnataka became the first state in India to come out with legislation for the Good Samaritan law. The same was followed by New Delhi government.

Why have we become so narcissistic that getting likes on social media has become more important than saving someone’s life? Let us be more aware of our responsibilities as conscious bystanders. It is a matter of life and simply clicking pictures and videos and sharing it on social media does no good. We should be more sympathetic and show concern.

It is not just the law but our collective efforts that will bring a change in society. Also, Police need to create more awareness about Good Samaritan Law and how it protects those who save road accident victims.