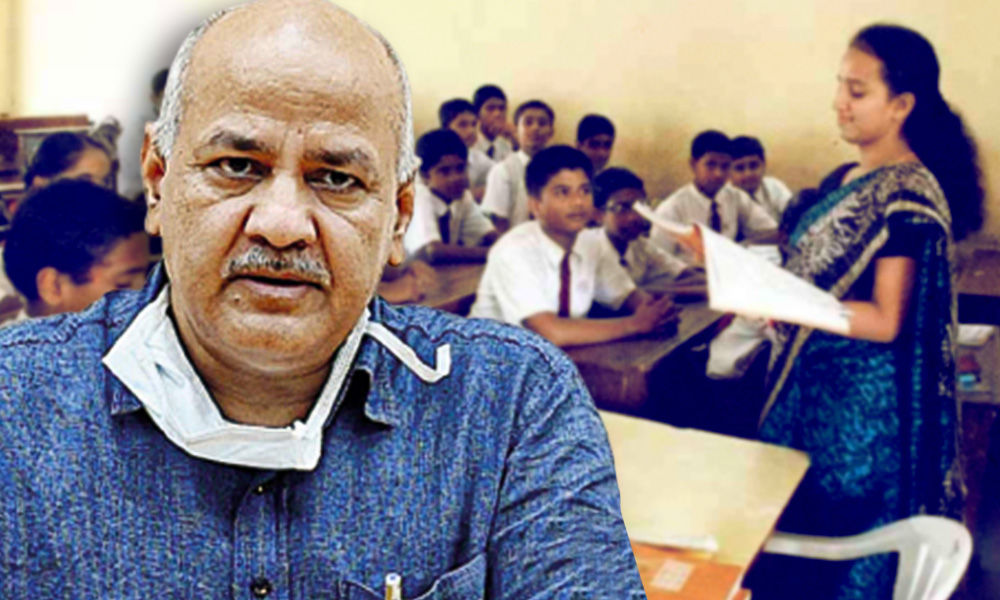 A10-week-long online English teaching programme has been commenced to enhance the skills of 700 pre-service teachers from all-women colleges of the city.

In a bid to empower teachers by upskilling them in the English Language, the Delhi government and the US Embassy jointly rolled out a certificate training course on Saturday, January 23.

According to the Hindustan Times, a 10-week-long online English teaching programme has been commenced to enhance the skills of 700 pre-service teachers from all-women colleges of the city.

Delhi Govt and US embassy launched an English teaching course for teachers from women's colleges in the National Capital.

"It is important for teachers to keep enhancing their skills. We want our teachers to do the things they already know differently. This course will bring in more creativity to classrooms," said Delhi Deputy Chief Minister Manish Sisodia while kick-starting the training.

He further said that English has become an essential language due to its global significance. While the teachers know how to teach English to students, it was important for the mentors to impart the lessons creatively. He also pointed out that the government was committed to improving the education process and would extend all kinds of support to the teachers for upskilling themselves.

Minister Counselor of Public Affairs at the US Embassy David H Kennedy along with other senior embassy officials was present at the launch programme.

Kennedy retreated that English played an important role in economic development and student mobility. "Great to see Delhi government and US Embassy jointly working actively on it," he said.

Regional English Language Office of US Embassy to train teachers of Delhi Govt. to provide students with critical-thinking skills necessary for the 21st century. The initiative was launched today. https://t.co/GOjecXuCua pic.twitter.com/LMsvKHp4Ys

Acknowledging the long association of the embassy with the Delhi government, he appreciated the pro-active steps taken by the deputy chief minister in ensuring that teachers in the national capital learn from the best.

"We really value our relationship with the Delhi government. We have trained around 800 teachers in the past and will continue to support more in the future," said Regional English language officer, US Embassy, Ruth Goode.

What Is The Training Programme About?

A batch of 50 teachers will undergo the training initially, according to an official statement.

Reports have highlighted that the courses have been designed to address some of the objectives prescribed in the country's new National Education Policy (NEP) and will help teachers teach English.

"The courses will promote reflective and learner-centred pedagogy as mandated in the NEP, and will enhance teachers' abilities to support the development of students' English language proficiency in all subject areas, as well as critical thinking, creativity, collaboration, and other 21st Century skills," read the statement.

"Graduates will use the skills they learn in the programme to benefit tens of thousands of students over the course of their careers.

The Regional English language office of the US Embassy has trained around 800 teachers from Delhi government schools since 2017. They have worked on creating a pool of master trainers who have subsequently trained primary and secondary school teachers on innovative English teaching in classrooms," the government statement read.

In the recently announced 'India Innovation Index 2020' which is prepared by government think tank Niti Aayog, Delhi government schools have topped the list. The state-run schools in the national capital have achieved the highest National Achievement Survey (NAS) score. This achievement has been lauded for being the landmark transformation of the government school system.

"Given Delhi's high-income levels as well as the landmark transformation of the government school system, the national capital reported the highest NAS score (44.73)," it said, reported The Times of India.

According to media reports, the average NAS score achieved by all states stood at 35.66. The NAS is conducted by the NCERT to assess learning levels of students across all states and Union Territories in Mathematics, Modern Indian Language, English, Sciences and Social Sciences.

"It's a matter of pride for Delhi that our government schools have been ranked top in the country in NITI Ayog's NAS report attributing landmark transformation of the govt school system," tweeted Sisodia.

It's a matter of pride for Delhi that our govt schools have been ranked top in country in NITI Ayog's NAS report attributing landmark transformation of the govt school system.

In another initiative, the state government is also collaborating with a non-profit organisation, Room to Read, to provide 'story kits' to students from Classes three to five. Since the students have been unable to make use of libraries, it was decided that ensuring access to additional study material would be beneficial for the students. Each kit will comprise of a story worksheet, a pack of ten pencils, two set of colours and a carry folder.