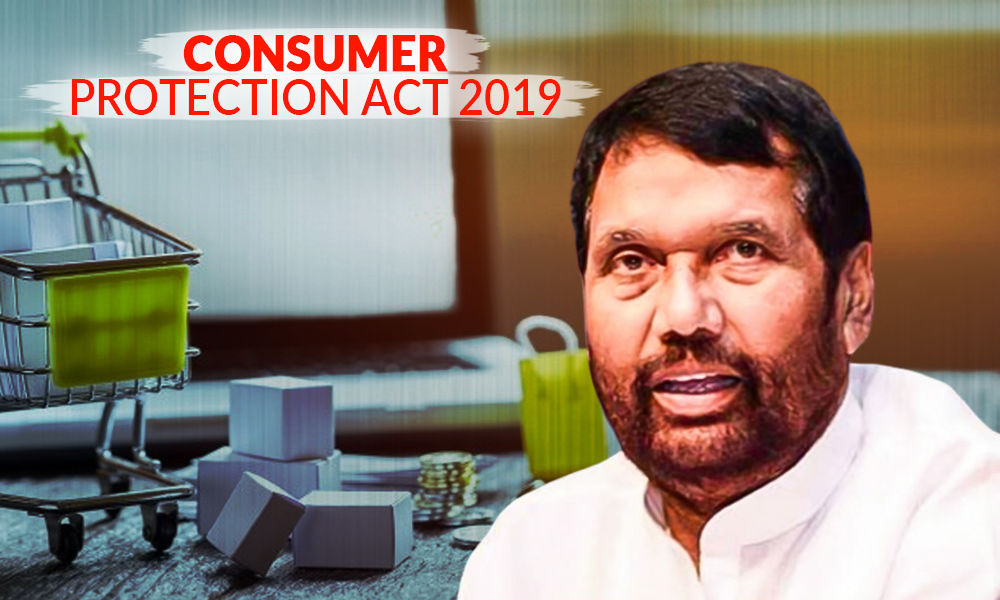 The law, taking the dynamic marketplace into consideration, has brought the e-commerce sector under its ambit.

The Consumer Protection Act, 2019 came into effect on Monday, July 20 after replacing the three-decade-old law.

Union Minister for Consumer Affairs, Food & Public Distribution Ram Vilas Paswan addressed the media on the new Consumer Protection Act (CPA), 2019 through video conferencing and said that the changing laws would empower consumers and help them in protecting their rights.

To give effect to the provisions of the new #Consumer_Protection_Act, essential Rules notified with effect from 20th July, 2020. Some most important are Central Consumer Protection Council Rules and Appointment of President and Member in State/District Commission Rules.1/2 pic.twitter.com/5YJw9AqKF8

The law, taking the dynamic marketplace into consideration, has brought the e-commerce sector under the ambit. Since the e-commerce platforms dominate the buying and selling of good and services, it was a significant change to protect the consumer interest.

Additionally, the definition of 'consumer' has also changed. According to the CPA, a 'consumer' is anyone engaged in offline as well as online multi-level and telemarketing transactions

There will also be the formation of Consumer Protection Councils, Consumer Disputes Redressal Commissions, Mediation, provision for Product Liability and mechanism to punish the manufacturers to ensure the protection of consumer's rights.

The Act also calls for the formation of a Central Consumer Protection Authority (CCPA) to promote, protect and enforce the rights of consumers.

The minister further stated that under this act every e-commerce business is required to provide information relating to return, refund, exchange, warranty and guarantee, delivery and shipment, modes of payment, grievance redressal mechanism, payment methods, the security of payment methods, charge-back options.

Also, it is required to mention the country of origin which would enable the consumer to make an informed decision at the pre-purchase stage on its platform.

The Act has also simplified the customer grievance redressal system. It said that the e-commerce platforms have to acknowledge the receipt of any consumer complaint within forty-eight hours and work towards solving the complaint within one month from the date of receipt.

While earlier, the consumer would have to file a complaint at the registered office of the seller, under the new Act, the consumer can file complaints electronically, in consumer commissions which have jurisdiction over his place of residence.

Further, under provisions pertaining to product liability, in the event of injury or damage to the consumer through the use of a defective product or service, the purchaser would be entitled to compensation from the product manufacturer, seller or service provider.

The new law also provides for punishment for the sale of counterfeit products and allows plaintiffs to attend hearings through video conferencing.

Even though there is no provision for jail for celebrities, they could be banned for endorsing products if it is found to be misleading.

Also, in the case where the consumer is injured, the manufacturer, seller, or distributor can be fined up to Rs 5 lakh and jailed for up to seven years. If cases related to consumer's death, the authority can impose a minimum fine of Rs 10 lakh and seven years in jail which may be extended to life imprisonment.