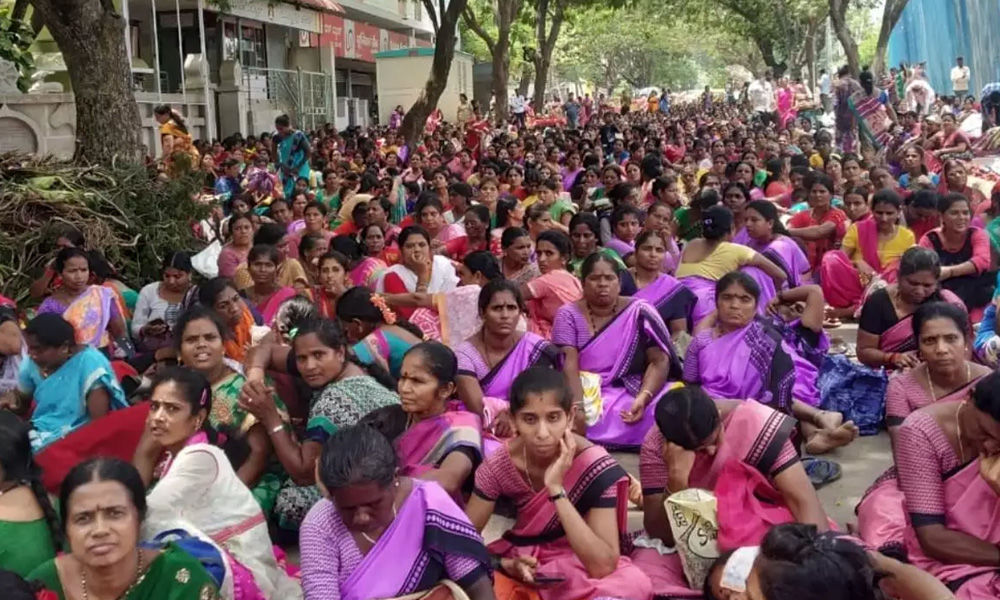 Deputy CM Manish Sisodia said special arrangements will be made for women in the hubs, including training to open micro-economic units and hold meetings of self-help groups.

Delhi government's Saheli Samanvay Kendra (SSK) scheme which aims to ensure women's participation in the workforce is launching 21 such model centres in Anganwadi hubs this month.

This scheme was announced in Deputy CM Manish Sisodia's 2021-22 Budget speech. Earlier, Sisodia mentioned that such kendras will be set up in 500 Anganwadi hubs across all districts to "strengthen the role of women in the economy", especially in the wake of the COVID-19 pandemic.

Sisodia said these hubs can be used for incubating individual start-ups and promoting the self-help group named 'Samriddhi'.

He also said that special arrangements will be made for women in the hubs, including training to open micro-economic units and hold meetings of self-help groups (SHG).

A WCD official informed that at first, 'Saheli Samvad' will provide a platform for women and adolescent girls to deliberate and get sensitised on important social themes such as health, nutrition, livelihood, rights and entitlement; get awareness on matters concerning them and their children, and collectively find possible solutions through locally available resources.

The official added that the platform will train women and adolescent girls in various areas such as soft skills, communication, personality development, digital technology and strengthen their entrepreneurial mindset.

Discussing the role of Samriddhi in this initiative, the official said, "Under it, the focus would be on mobilising and strengthening Mahila mandals or SHGs or women collectives, nurturing entrepreneurship, capacity building and generating sustainable livelihood opportunities."

There are plans in the pipeline as well to make creche services available for women involved at these centres, either directly in the SSKs with the help of staff in the centre, or at nearby creches being run by the WCD.

According to a report by The Indian Express, the Delhi government-commissioned survey found that there was a sharp rise in unemployment in Delhi six months into the pandemic, and women were among the worst hit.

Also Read: Delhi To Set Up Special Mohalla Clinics For 'Women' In Next Financial Year Across City