The Woman With A Beard And Beyond: Story Of Trans-Womanhood

Achinta witnessed the disgust that male-dominated society has for a boy born with the soul of a girl and how dangerous it can be, when she was sexually abused as a child by a close relative.

It was in January 2020 that Achinta had an altercation with the Airport Security Search as she refused to join the men's queue and demanded cover during the body search. Her post sharing her experience of the incident went viral on social media and drew the attention of the national media. She then wrote to the Airport Authorities demanding toilets and different checking facilities for Trans persons and it worked.

Born as a biologically male person (like millions of Indian trans-women), Achinta was the oldest among the two boys born to the Das Majumdar family. She grew up in a patriarchal setup where her father worked as a mechanic in Jute Mills in Naihati, West Bengal and her mother was a homemaker. Even when she was 3-4 years old, she understood that her gender was different from her biological sex and was not defined by her genitals.

Achinta witnessed the disgust that male-dominated society has for a boy born with the soul of a girl and how dangerous it can be when she was sexually abused as a child by a close relative. Unfortunately as often happens in incidents like this, when she bravely disclosed the ordeal to her mother, she was hushed up. Instead of protecting her in a world full of predators, her own family weighed dignity in society over her dignity as a human.

And all this while, she, a transgender child/adolescent, was left to lurch in between in the name of preserving and protecting everything but dignity, agency, and safety of the trans-self. This struggle of being surrounded by predators and the pain of trying to break free from the prison of one's own body is a saga of unimaginable human misery! 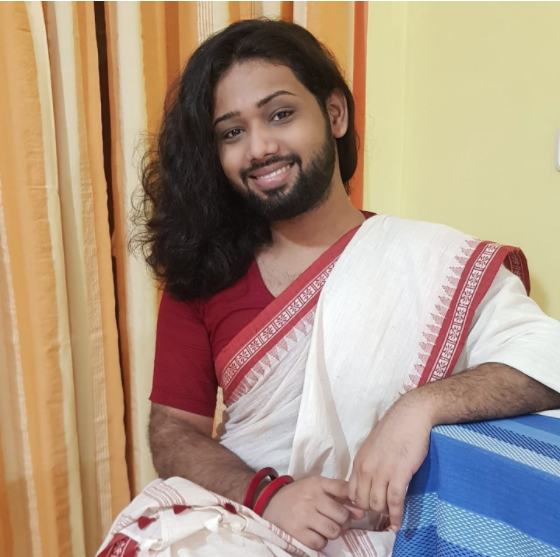 From cutting her hair short as her childhood Saheli (women friends) started growing theirs, to boxing herself into male dresses, while her women friends kept celebrating their colorful lehenga, choli, Achinta would try to fit in and not be singled out. With a feminine voice, she hardly dared to ask questions in school or tuitions. Nearly every day she had to take a new route to school to avoid bullying and at times physical assault. But despite all these ordeals, the beauty of youthhood lies in its never-say-die spirit. Every time they are crushed, they find another way of discovering life!

The only statistical report on the lives of Transgender persons, India Government has, is by the National Human Rights Commissions published in 2018. According to this report, 98% of transgender persons in India are driven out of their homes by the time they attain adolescence due to torture and harassment they face within their families. This also explains the magnitude of deprivation of education, health, and all other constitutional rights that are guaranteed to everyone born as an Indian citizen, irrespective of their caste, creed, gender, and other affiliations.

Growing up, Achinta's only confidant and solace was the mango tree in their courtyard. In the middle of the night, she would tip-toe to the tree and sleep next to it. Waking up to the chirping of the birds, she would sneak back into bed before her family was up and about. On those nights, it was the mango tree and the birds that kept her alive and determined that she would make every possible move to escape from the cage called home.

After finishing school, she boarded a train to Bangalore with a handful of money in her pocket. She somehow found work as a janitor in a hotel – very laborious work and with no fixed time frame. Thinking about that time now, she realizes that the desperation to find financial independence gave her the courage to do what she did. She believes that the male ego of the boys who used to bully her on the road to school would have learned a lesson if they had to work in the conditions she had to. 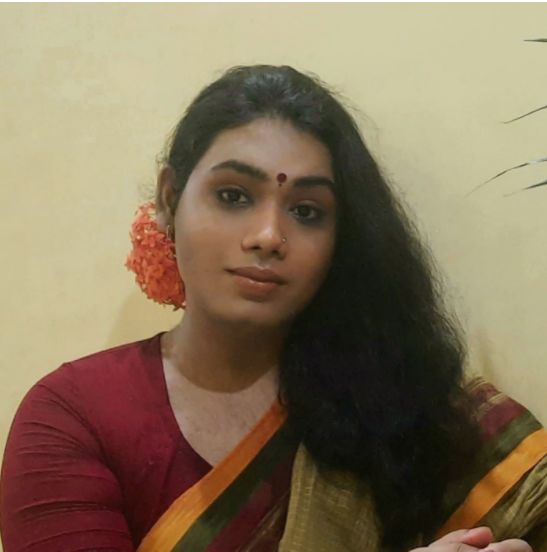 After a year and a half, she got a BPO job in Kolkata. Around this time, she started participating in the anti-377 movement in Kolkata. This brought her in touch with partners of the VartaLeap Coalition. In vartaLeap, for the first time, she found a physical space that accepted her as she is – without judgment, prejudice or bias. She came to understand the 5th space principles that foreground youth development as opposed to other lenses that saw youth-hood as a means to an end. She could see that there are people who cared to empathize. Finally, after years she got back her childhood friend, the mango tree, that listened without judging.

By this time the historical NALSA Judgment by the Honourable Supreme Court of India had passed the verdict to dismantle any system that treated Indian transgenders with disgrace and inequality or prevented them from accessing their constitutional rights. As the verdict hailed self-identification of gender as the mainstay of the judgment, Achinta and millions of Trans-persons in India became free at the stroke of a pen!

Enabled by financial independence, and a space that not just accepted but celebrated her youth-hood, Achinta began her transition. She gave her inner self, the much-awaited lease of life! Her non-binary, androgynous clothing choices with Salwar and beard had raised many eyebrows. Now, proudly unfurling her blue and white Trans-flag, she refused to box herself in any stereotype and moved on from her androgynous look to a feminine one that she had always felt inside. She started living independently in Kolkata, keeping her biological family at bay. She had found what she calls her logical family in the VartaLeap & ComMutiny, the Youth Collective circle. Her mutiny not only sustains her hope and courage but brings the same to the life of many who are still in the closet. 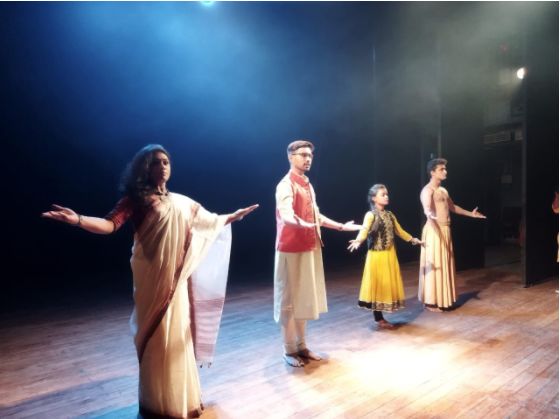 Today Achinta is a regular commentator in different magazines, portals, newspapers, and on social media. While following her passions of writing, singing, and performative arts, she continues to be a listening space to many 'Achinta' for whom solitude is the only friend. She has grown into the mango tree that can heal the pain of hundreds of millennial trans-youth who are trying to navigate through the dilemma and fear they feel on the inside and the predatory world outside.

Also Read: Transgender Women Making It Big In The World Of Beauty Pageants