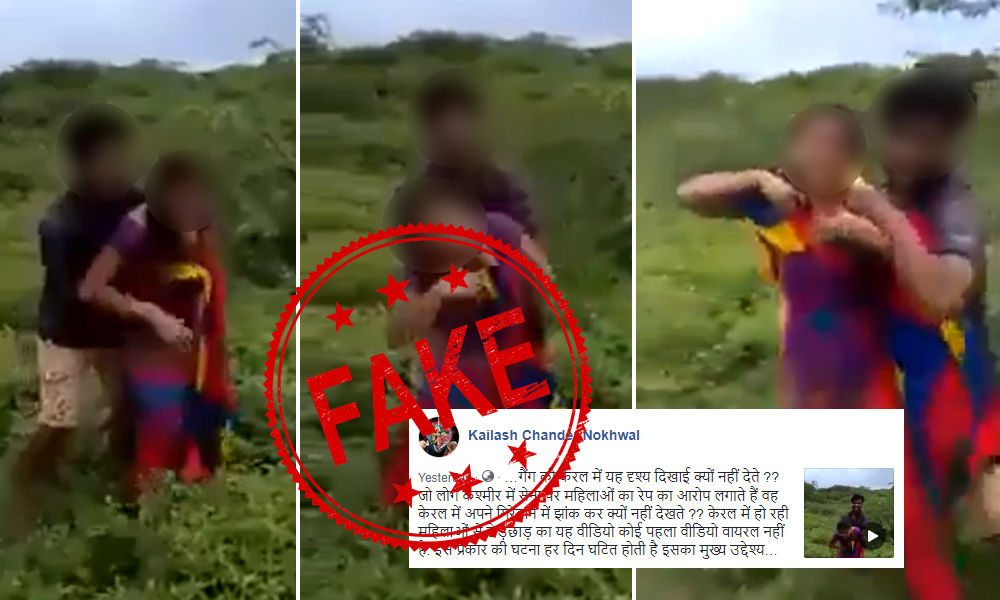 The Logical Indian Fact check team investigates the claim that women are being regularly harassed in Kerala since Hindus are a minority in the state.

A disturbing video of a man attacking a woman is being circulated on social media with the claim that these incidents usually occur in Kerala since Hindus have become a minority there.

The Logical Indian finds the video disturbing and will not be reproducing it in the report. In the video, a man can be seen trying to molest a woman while another woman tries to rescue her, other male voices can also be heard in the video.

"This is not the only viral video from Kerala showing molestation of a woman. Such incidents are commonplace there. The main objective is that Hindus are a minority in the state (Translated to English)," reads the caption of one such post.

BJP spokesperson Gaurav Bhatia had also retweeted the video and had appealed to the National Commission of Women to look into the matter.

Rekha ji @sharmarekha as a guardian of the constitution and human rights, I urge you to take up this ghastly incident. We owe this to every woman who lives with dignity and honour. I am just a call away if you need any assistance. @NCWIndia @NCPCR_ https://t.co/7snwAkjodB

Women are being regularly harassed in Kerala since Hindus are a minority in the state.

A Google Reverse Image search was done by breaking the video into individual frames using InVid. This led to news reports from 2017, which carried visuals from the viral video.

According to a Times of India broadcast on the incident, the incident had occurred in Kanigiri town of Prakasam district of Andhra Pradesh in August 2017.

Reportedly, a 19-year-old college student was sexually assaulted allegedly by her boyfriend, Sai, in the Kanigiri town of Prakasam district of Andhra Pradesh. The incident came to light when the video of the crime, shot by his two friends, Karthik and Pawan, surfaced on social media.

According to an NDTV report, Karthik had apparently been upset about her new relationship with Sai and had instigated Sai to assault the student and film the act, the police had informed.