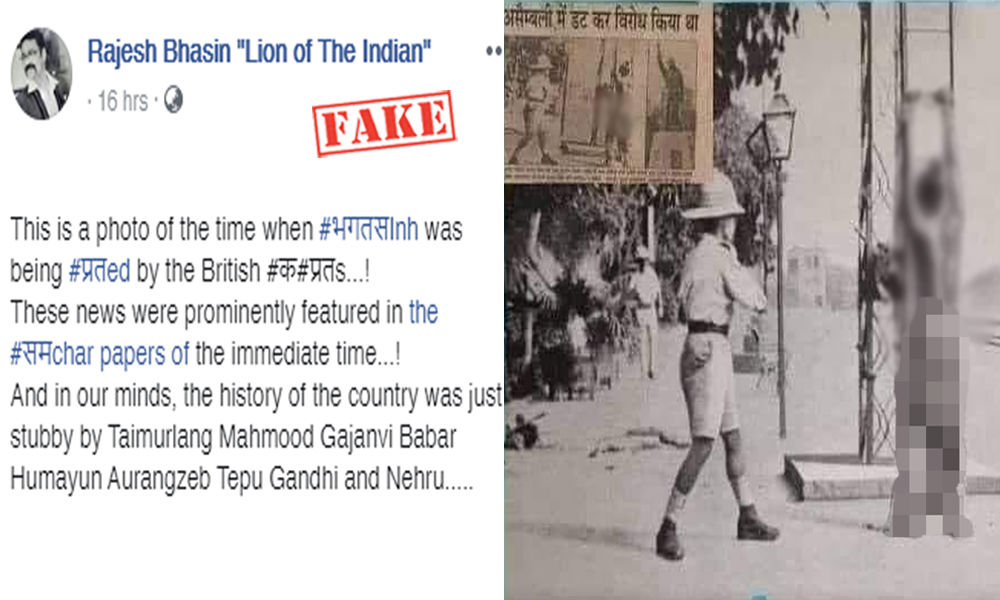 Fact Check: No, Viral Photo From 1919 Does Not Show Bhagat Singh

A black and white photograph is being circulated on social media platforms with the claim that it shows freedom fighter, Bhagat Singh.

The image shows a man being publicly flogged by another one in uniform. "This is a rare photo of Bhagat Singh ji where he is seen getting flogged. And we are taught that Nehru and Gandhi had given us freedom," reads the caption of one such post.

A Reverse image search of the image indicated that the photo dates back to 1919.

According to a report by Byline Times, the photograph shows an instance of Indians being flogged following the Amritsar Massacre in 1919.

Below is a screenshot is taken from the report:

In a report by a website called Sab Rang, the photograph is captioned 'Flogging in the erstwhile Punjab, 1919.'

In 1919, Bhagat Singh was 12 years old and a school student. He had visited Jallianwala Bagh just hours after the massacre. According to his book, The Jail Notebook and Other Writings, he had brought back some mud as memorabilia.

The Logical Indian could not independently identify the man in the photograph, however, it is clear that he is definitely not Bhagat Singh who was 12 at that time.