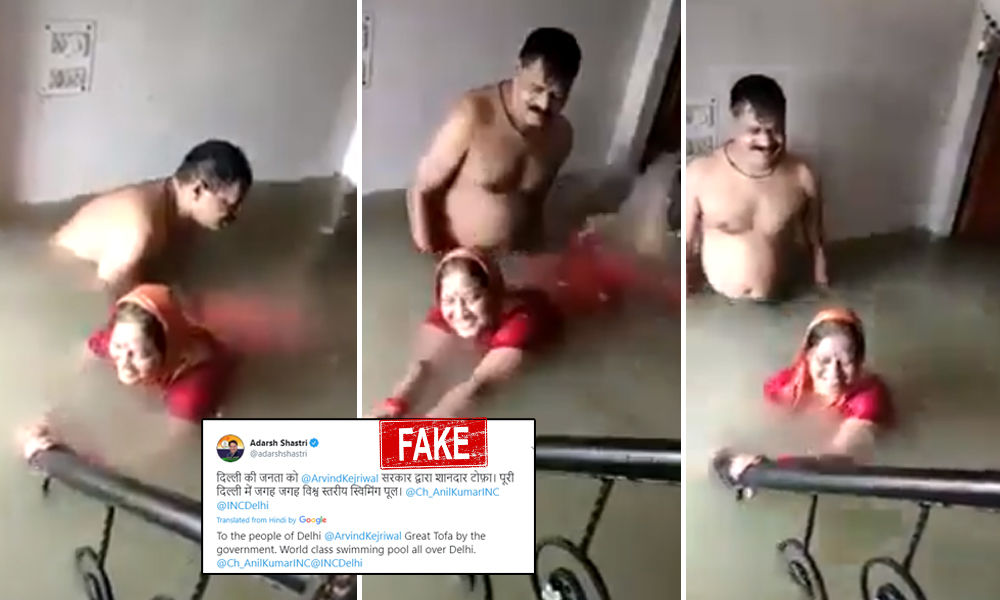 Fact Check: Viral Video Of Couple Swimming Inside Flooded House Is From Prayagraj, Not Delhi

The Logical Indian Fact Check team investigates the claim that a viral video shows a couple swimming in floodwater in their house in Delhi.

A 12-second long video showing a couple swimming in floodwater in their house is being circulated on social media with the claim that it is from Delhi.

Video shows a couple swimming in floodwater in their house in Delhi.

A keyword search on google led to a report by Patrika dated September 21, 2019, which said that the incident occurred in Prayagraj, formerly known as Allahabad, Uttar Pradesh.

According to a Jansatta report, the video was recorded last year when Ganga-Jamuna overflowed for 12 days in September.

The video was also found in a Times Of India report. "Their house may be submerged in water. But these two found a way of finding happiness in that as well. The woman got to hone her swimming skills," reads the caption of the video.

A video report was uploaded on the verified YouTube channel of India News. "holy dip in the Ganga at home. Husband-Wife swimming in Prayagraj Flood, Video Get Viral | India News," reads the caption of the video.

Since the video has been on the internet since last year, it is unrelated to the recent heavy rains in Delhi.