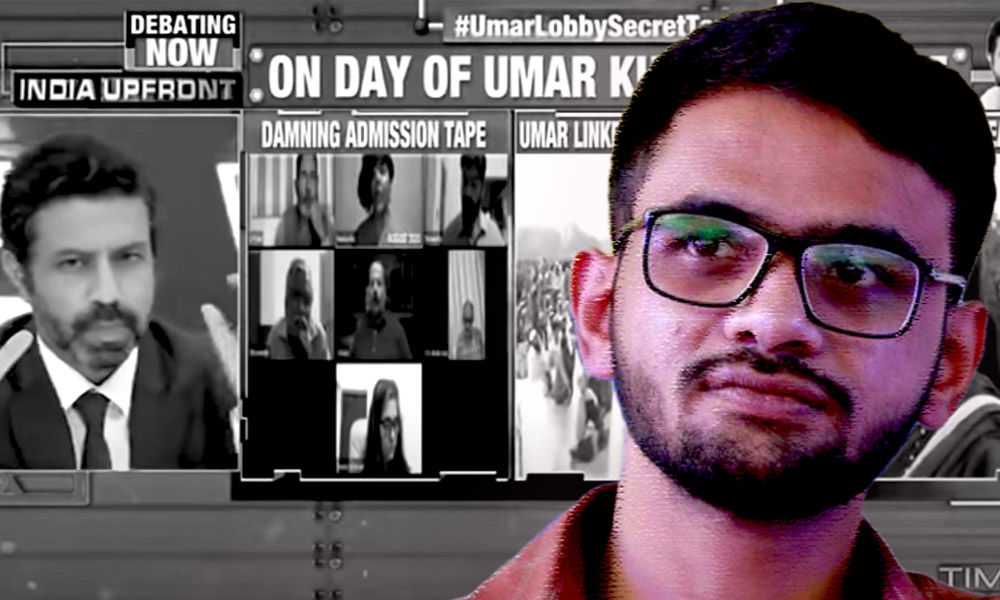 Former Jawaharlal Nehru University (JNU) student Umar Khalid was arrested on September 13 by the Delhi Police's special cell for his alleged involvement in the violent riots that broke out in north-east Delhi this year in February. The student leader has been charged under the stringent Unlawful Activities (Prevention) Act (UAPA) in connection with the riots.

"After 11 hours of interrogation, the Delhi Police Special Cell has arrested Umar Khalid as a conspirator in the Delhi Riots case. The fairy tale narrative that DP (Delhi Police) has been spinning and criminalising protests in the garb of investigating riots, finds yet another victim," United Against Hate, an activist group, of which Khalid is also a member said on September 13.

According to Times Now, the said "activist lobby" revealed in a "private chat" that Khalid is associated with a "dangerous" organisation. Khalid was accused of "radicalising Muslims". The organization that is being referred to is the Popular Front of India (PFI) which has been accused of allegedly inciting and funding the Delhi riots.

Further, a video of a conference call on Zoom was broadcasted with the claim that it was a "leaked private chat" between Left-wing activists. The broadcast was labelled as "Damming admission tape."

The video "evidence" is played right after Shivshankar's impassioned monologue on "anti-national" activities driven by the "Left Lutyens lobby" to save Umar Khalid.

At the beginning of the Zoom call, Swaraj India activist Zia Nomani can be heard saying, "I would like to bring to your notice the rise of another Right-wing organisation that is working with Muslims here in Bangalore. I am sure you all must be very concerned about what is happening in Bangalore and the narrative that is being set due to the unfortunate incidents. But what we are missing is the Right-wing rise of the SDPI (Social Democratic Party of India) and the PFI…Now we might have differences and we can debate on whether these organisations should be banned or not, but yes they should definitely be prosecuted for the radicalisation of youth…Now Prashant Bhushan is a founder of Swaraj India and he was wrongly punished for contempt. But that doesn't mean that I talk about torching the Supreme Court. SDPI says if things are not happening [in your way], take matters in your own hands through violent measures…SDPI and PFI need to be countered." Social Democratic Party of India (SDPI) is the political outfit of the PFI.

The conversation continues to address the dangers of the said organisations as journalist Teesta Setalvad added that she wanted to add two points to Nomani's views.

"Whenever there is such a tendency developing among Muslims, we can't [counter it] with bitterness…I will only say this much for now that SDPI and PFI remain problematic for people like us – Communalism Combats, CJP, Sabrang India – we have taken a public stand not to share a platform with them. People who consider themselves Left, should also stand against them," she said.

Shivshankar raised a question to the viewers of the show while airing the footage, he said, "If SDPI and PFI need to be countered then why to defend someone who is allegedly linked to SDPI and PFI…Today Umar Khalid is accused of collaborating with PFI to burn Delhi, that's what the police is saying and Swaraj India and every other activist from the Left is defending Umar Khalid. Can you believe this?"

The claim is false. The conversation was not a secret chat but a Facebook Live video.

The footage Times Now had claimed that the channel had acquired through its "security agencies" is actually a webinar held on August 16 by civil rights activists.

Pedestrian Pictures, a Bengaluru based media activist organization had uploaded the webinar as a Facebook Live video and titled it as, "Reclaiming Freedom of Speech and Liberty in Times of Intensified State Aggression and Repression."

Further, Swaraj India took to Twitter to respond to Times Now and said that the "super-exclusive" #UmarLobbySecretTape is actually part of a "public conversation".

Sorry to disappoint you @TimesNow, your super exclusive #UmarLobbySecretTape is actually part of a public conversation

➡️ NOTHNG PRIVATE: The tape you claimed was accessed by 'Security Agencies' was public & broadcasted Live on Facebook on 16 Aug

The party added that Umar Khalid has never been associated with SDPI and PFI.

NOTHING SCANDALOUS: @UmarKhalidJNU has never been associated with PFI / SDPI.

Swaraj India's opposition to all communal organisations of any religion is unflinching.

The Logical Indian reached out to Zia Nomani on the claims made by Times Now and he said that it is Misleading.

"I am also looking to file a legal complaint. The webinar was public and not a 'secret meeting' as being claimed by TimesNow," he added.