The Logical Indian Fact check team investigates the claim that Tanzania has found a herbal cure for COVID-19. As the world races to contain the spread of the contagious Coronavirus, the scientists across the globe are searching for a cure.

In light of this, a piece of news has been doing the rounds with the claim that Tanzania has found a herbal cure for COVID-19, called Covidol.

These posts go on to congratulate Tanzania President John Magufuli and further claim that his government and the national health committee have approved the remedy.

"Tanzania government comes out with the Cure of COVID 19 ,Efficient well and approved by the national health committee, May all might God bless the efficient leadership of honorable #PRESIDENT DR #JOHN_JOSEPH_POMBE_MAG UNFURI. and the minister of healthy honorable #UMMY_MWALIMUI,,Ameen WELCOME TANZANIA THE LAND OF HEALING. GLORY BE TO GOD ALL MIGHTY," read the caption of one such post. Below are the photos: 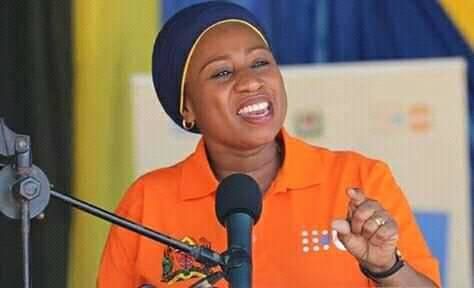 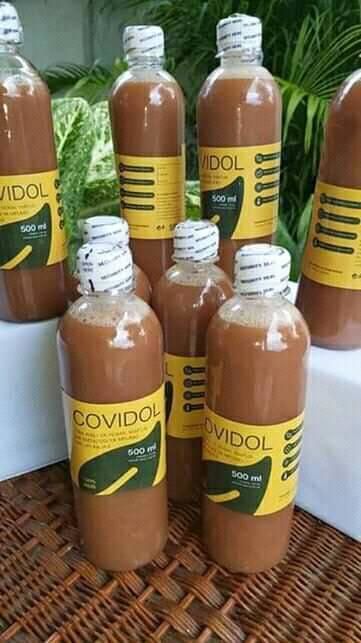 Tanzania has found a herbal cure for COVID-19.

No such official confirmation from the Tanzanian government has been issued yet.

On May 11, Dr Hamis Malebo, a research scientist at the National Institute for Medical Research (NIMR), had promoted Covidol. He made statements on the 'substance' during a show on Tanzania Broadcasting Service (TBS).

Malebo claimed that Covidol's efficacy was proven based on trials conducted on COVID-19 patients. He also added that the government of Tanzania had approved Covidol.

According to him, the concoction improves and strengthens the immune system, thereby providing protection against the infection.

The broadcast is in Swahili, the official language of Tanzania and was translated in a report by Pesacheck.

Reportedly, during the same interview, an official from the NIMR refuted the claims. He stated that he has only seen it mentioned on social media platforms.

He debunked the claims that Covidol had undergone testing.

According to a report by Swahili Times, Dr Paul Mohammed from the Ministry of Natural Medicine and Alternative Medicine has stated that Covidol has not been approved by the ministry. He added that claims on social media does not mean it has been tested by the concerned authorities.

It is noteworthy to mention that earlier on May 3, the Ministry of Health of Tanzania had issued a statement on Twitter saying that there is currently no COVID-19 vaccine or treatment.

The ministry had appealed to the herbal medicine practitioners to educate the citizens about herbal treatments. It also cautioned against the use of untested medicines.

Therefore, Covidol is not an established cure for COVID-19, yet.

Oxford scientists claimed to have discovered the first life-saving drug for the disease caused by the SARS-CoV-2 virus.

According to the University of Oxford researchers, dexamethasone is a cheap and widely available drug and can effectively reduce the death risk among patients suffering from severe respiratory complications.

"Dexamethasone is the first drug to be shown to improve survival in COVID-19. This is an extremely welcome result," Peter Horby, one of the chief investigators of the trial from the University of Oxford in the UK said.

"This is the first treatment to be shown to reduce mortality in patients with COVID-19 requiring oxygen or ventilator support," WHO Director-General Tedros Adhanom Ghebreyesus said in a statement late on June 16.

"This is great news and I congratulate the government of the UK, the University of Oxford, and the many hospitals and patients in the UK who have contributed to this lifesaving scientific breakthrough," he added.

It works on patients who are critically ill with Covid-19 and not on those with milder symptoms.

On June 7, declaring victory over COVID-19, Tanzania's President John Magufuli said that "the corona disease has been eliminated thanks to God".

"Corona in our country has been removed by the powers of God," President John Magufuli declared at a church service on June 7.

As the country celebrated the defeat of COVID-19, the World Health Organization raised concerns over the government's strategy and said that Tanzania is belated in releasing its COVID-19 data.

The government has allegedly stopped publishing data on the number of COVID-19 cases in the country. The last time official data was released on April 29 which showed that there were 509 cases, with 21 deaths in Tanzania.

President Magufuli however, said that only four patients were being treated in the largest city, Dar es Salaam last week.

Last month, Tanzania's government turned down a US embassy warning that said that hospitals in Dar es Salaam were "overwhelmed" and that the chances of contracting the virus were "extremely high".

Also Read: Fact Check: Research In Italy Finds COVID-19 Is Caused By Bacteria And Can Be Treated With Aspirin
Claim Review :  Tanzania has found a herbal cure for COVID-19.
Claimed By :  Social Media posts
Fact Check :  False
Suggest a correction