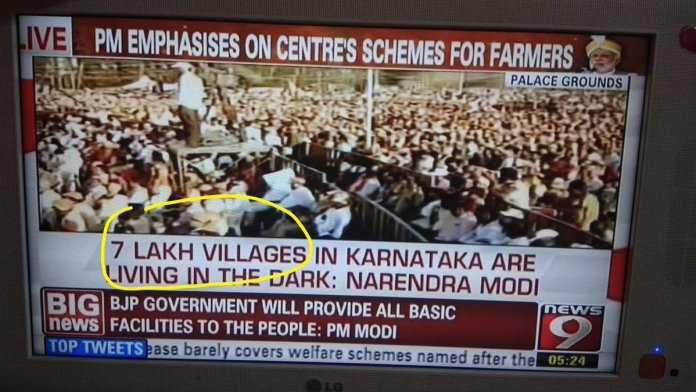 News9’s report was picked up by social media users, who took potshots at PM Modi over this alleged claim.

An example of deliberate lies by PM Modi in election rallies. pic.twitter.com/3sQRKvoPFT

PM Modi’s alleged claim was also latched on to by the opposition. Congress leader Pawan Khera was among those who tweeted about the PM’s alleged gaffe.

According to Modiji, there are 7 lakh unelectrified villages in Karnataka. Just so that he knows, there are 6,40,867 villages in India. Not the first time @PMOIndia caught peddling misinformation. Thanks Dr Singh for pointing this out. https://t.co/N9WOyzAC8F

This particular piece of information turned out to be false. Posted below is the video in which PM Modi spoke about the state of electrification in Karnataka. As can be heard clearly, PM Modi is saying, “Aap sochiye, agar ek din bengaluru mein bijli na aye, toh kaisa hahakar mach jayega, lekin karnataka mein aise 7 lakh aur pure desh mein aise 4 crore GHAR hain jo azadi ke itne varsho baad bhi andhere ki zindagi ji rahe hain” (Please think, if Bengaluru does not get electricity for a day, what chaos will it lead to. But in Karnataka, there are 7 lakh and in the entire country 4 crore households which are living in darkness even after so many years of independence). PM Modi is referring to households and not villages when he refers to the figure of 7 lakh.

According to the official data which can be accessed here, Karnataka has roughly 6.5 lakh households which are still in need of electricity. PM’s claim of 7 lakh unelectrified households is in the range of the official data available. In terms of percentage of electrification achieved, Karnataka stands at 93% and is among the better performing states in terms of electrification coverage and higher than BJP ruled states such as Madhya Pradesh and Chhattisgarh. 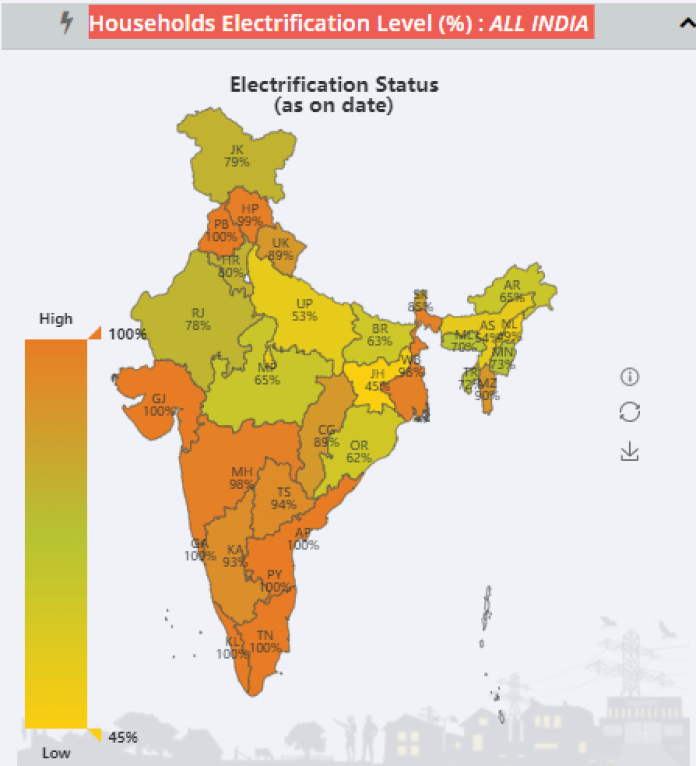