Fact Check: Did Leaders Around The Globe Tweet In Support Of India Following Clash With China?

The Logical Indian Fact check team investigates the claim that leaders around the globe tweeted in support of India, following the Indo-China clash at Galwan Valley.

Following this incident, a series of tweets from leaders around the world flooded Twitter.

Below are the screenshots of these tweets: I stand with India 🇮🇳 🇩🇪 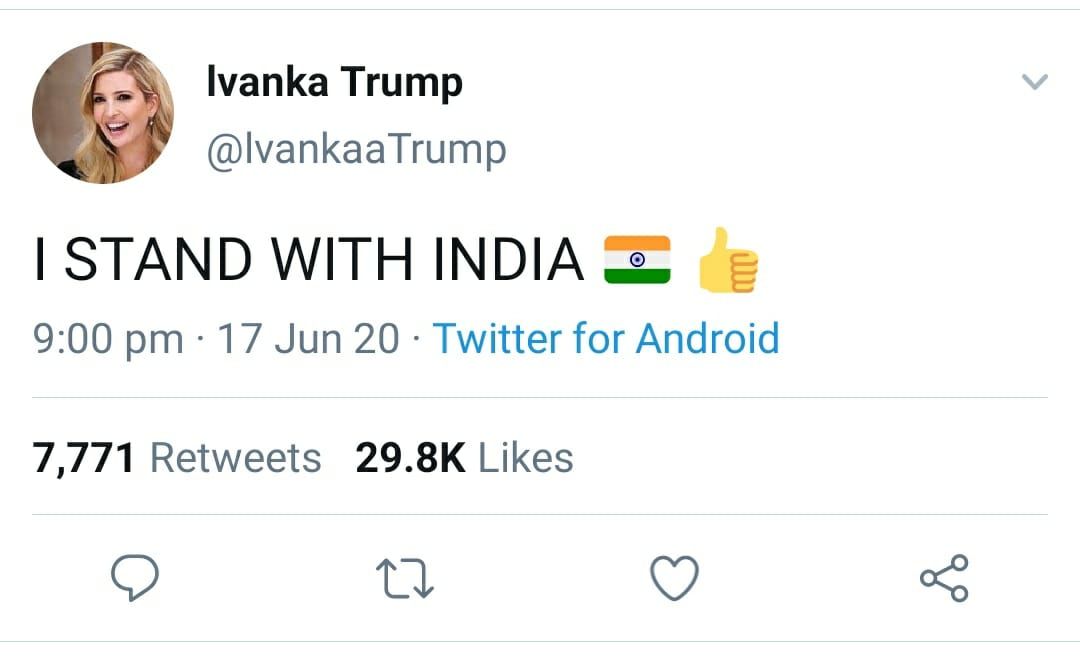 Leaders around the globe tweeted in support of India, following the Indo-China clash at Galwan Valley.

None of these tweets is from the original Twitter accounts of these leaders. The other tweets made by that account were mostly surrounding issues plaguing India. It had several tweets dedicated to the recent tension at the Indo-China border. Below is a screenshot of the original account of the US President Donald Trump: Similar to the above-mentioned parody accounts, the viral tweet attributed to FLOTUS Melania Trump is fake and was posted by another such parody account. In response to this viral tweet, a Twitter user points out that it is from a fake account of the FLOTUS, to which another user says that she knows the user who handles this particular parody account. Below is a screenshot of the original account of FLOTUS Melania Trump: The Viral tweet attributed to Ivanka Trump receives several responses, many in the comment section of the viral tweet pointed out that it was a parody account, however, some Twitter users believed it as an authentic message from the leader. One such was by Priti Gandhi, national in-charge for social media, BJP Mahila morcha. She wrote that India appreciated Trump's support. 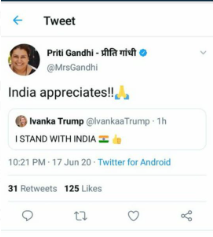 Similarly, the other viral tweets attributed to Chancellor of Germany, Angela Markel, Prime Minister of Japan, Shinzo Abe and President of Russia, Vladimir Putin have all been posted from Parody accounts. 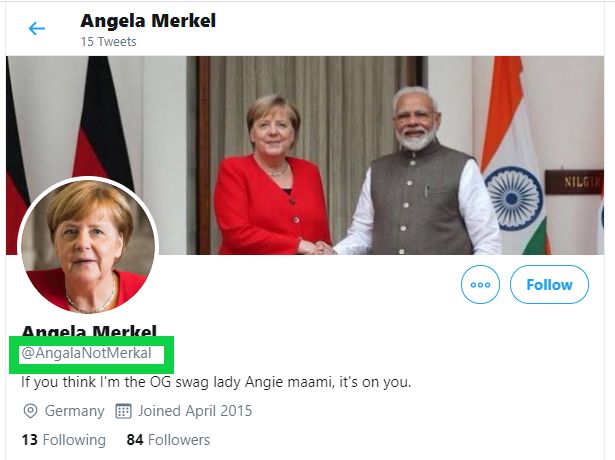