Times Now is at it again. This time the fake news is timed with Prime Minister Modi’s trip to the UAE. On the day PM Modi landed in Abu Dhabi, Times Now tweeted, “When the Abu Dhabi Crown Prince was invited on stage to share his views, he began the speech with ‘Jai Siya Ram’, sending the crowd into a frenzy.” In a frenzy the tweet has been shared over 1300 times by those who took it at face value.

Times Now story went on to say, “As Abu Dhabi gears to welcome PM Modi today, a video of its Crown Prince Sheikh Mohammed bin Zayed Al Nahyan is being re-circulated on the social media.” It circulated the video without verifying whether or not the person at the Ram Katha programme led by Morari Bapu is Abu Dhabi Crown Prince.

The channel didn’t pause to think whether it was plausible for Abu Dhabi Crown Prince and Deputy Supreme Commander of the UAE Armed Force to be opening a Ram Katha of Morari Bapu.

The person in the video is Sultan Sooud Al Qassemi, a United Arab Emirates-based columnist and commentator on Arab affairs. You can read his full profile here.

Alert Twitter users immediately pointed out the error to Times Now. Instead of retracting the tweet, the Channel tweeted it once again after a gap of eight hours. 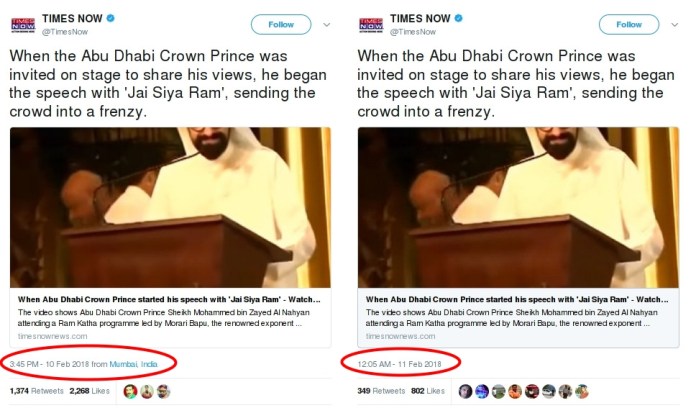 The story has now also been shared by other media houses without any independent verification. 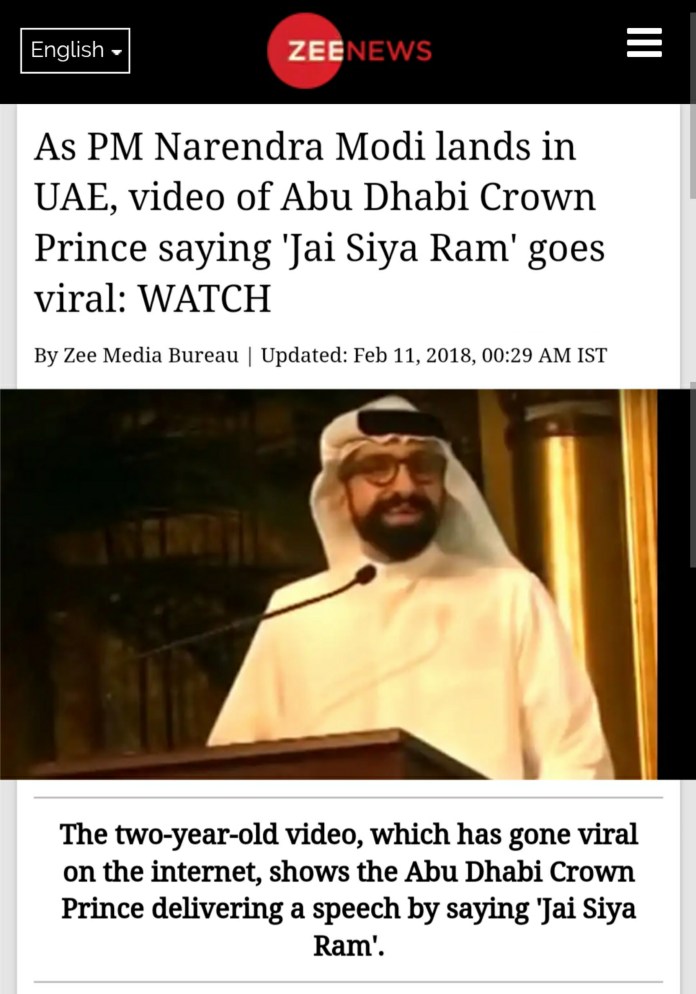 The Times Now story has been shared multiple times on social media by those who unwittingly believed it to be true. 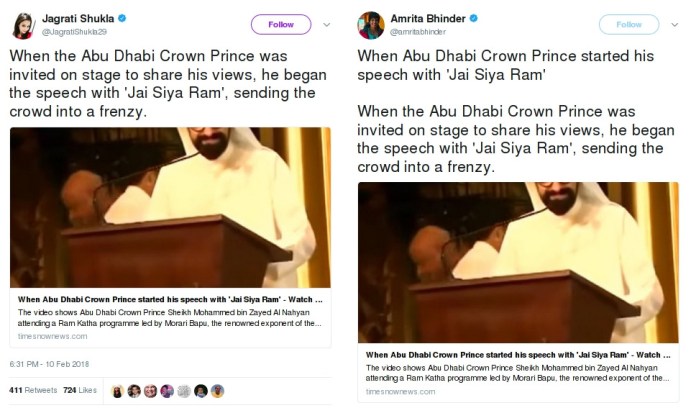 Predictably some are seeing it as a feather in PM Modi’s cap.

If you understand geo-politics, you know what this means and where PM Modi stands https://t.co/umU3IafyB1

This is not the first time that Times Now has been called out for circulating fake news. In this specific instance, without even a basic fact-check, Times Now has contributed to making a video viral which is being shared in an incorrect context. As United Arab Emirates gears up to welcome the Indian Prime Minister, it is unfortunate to see sections of Indian media spread unverified stories about PM Modi’s host, Shaikh Mohammad Bin Zayed Al Nahyan, the Abu Dhabi Crown Prince