The current BJP government published an infographic on the 48-months portal that makes two claims about India’s economic performance. This article is a fact check of the claims

The first claim is that India’s forex reserves are booming at $418.94 billion. This claim was made in May 2018 on the portal.

As per various definitions, Foreign exchange (Forex) reserves are foreign currency held by the central bank of a country. These reserves also used to maintain liquidity in times of an economic crisis, provide confidence to investors that the country can meet its international obligations and to invest in sectors such as infrastructure, if needed.

According to an answer in the Lok Sabha, ‘India’s foreign exchange reserves (FER) comprise foreign currency assets, gold, Special Drawing Rights (SDRs) and Reserve Tranche Position (RTP) with the IMF. The level of foreign exchange reserves is largely the outcome of Reserve Bank of India’s intervention in the foreign exchange market to stabilise the rupee value. In line with the principles of preserving the long-term value of the reserves in terms of purchasing power, minimizing risk and volatility in returns and maintaining liquidity, the Reserve Bank of India holds foreign currency assets (FCAs) in major convertible currency instruments. These include deposits with other country central banks, the Bank for International Settlements and top-rated foreign commercial banks, and in securities representing debt of sovereigns and supranational institutions, etc. The Government and the RBI closely monitor the situation and take appropriate policies as and when required.’ 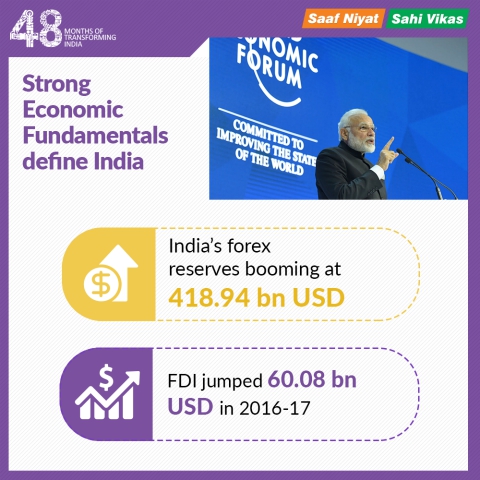 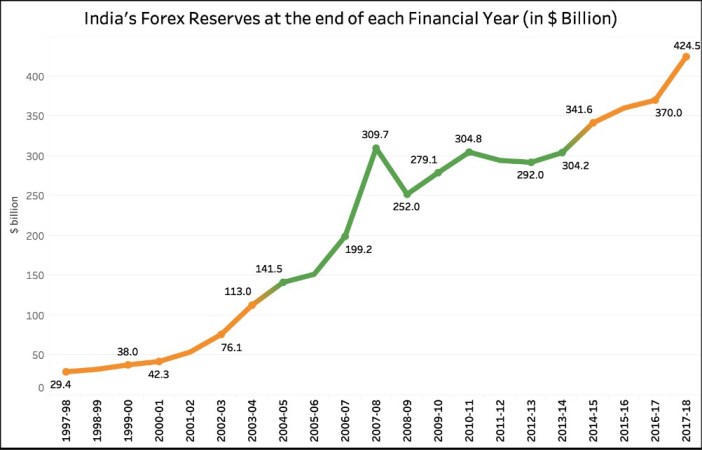 The second claim is that FDI jumped to $60.08 billion in 2016-17. The RBI maintains & publishes the ‘Foreign Investment Flows’ data every year. 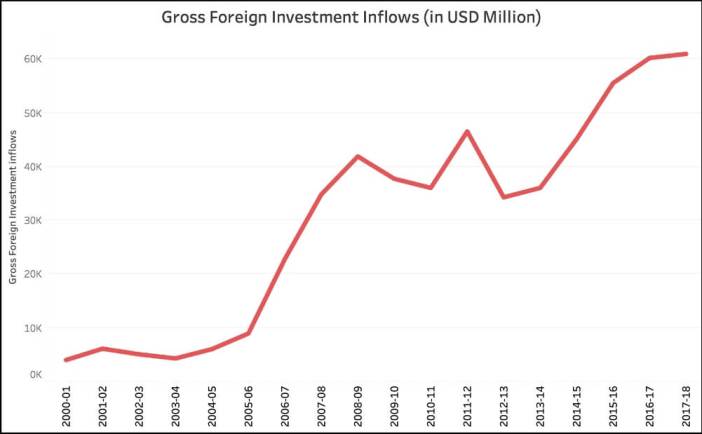 It can be seen from the data that that though the numbers in the infographic are correct, there has been an upward trend in the gross FDI of the country since 2005-06. While gross FDI refers to the amount of money that has come into the country, investment can also be repatriated from the country. So, in order to get a better picture of FDI in the country, the net FDI (calculated after subtracting the repatriated amount from the gross FDI amount) needs to be analysed. Vivek Kaul analysed this earlier in his column on the Equity Master. 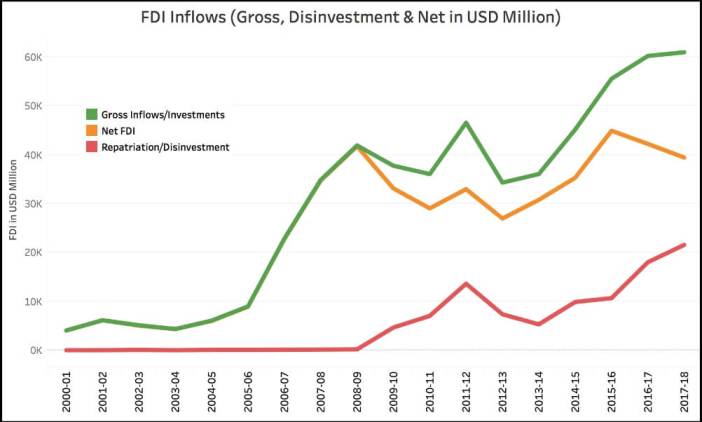 As it can be seen from the data, repatriation/disinvestment is also on the rise along with the increase of gross FDI inflows. Till 2008-09, the gross & net FDI were equal since there was virtually no disinvestment or repatriation. Starting 2008-09, the gross & net FDI numbers have diverged as noted by Vivek Kaul in his column on the Equity Master. It should also be noted that while gross FDI inflow has increased continuously over the years, the net FDI has actually fallen both in 2016-17 as well as 2017-18. The net FDI fell from $ 44.907 billion in 2015-16 to $39.431 billion in 2017-18.