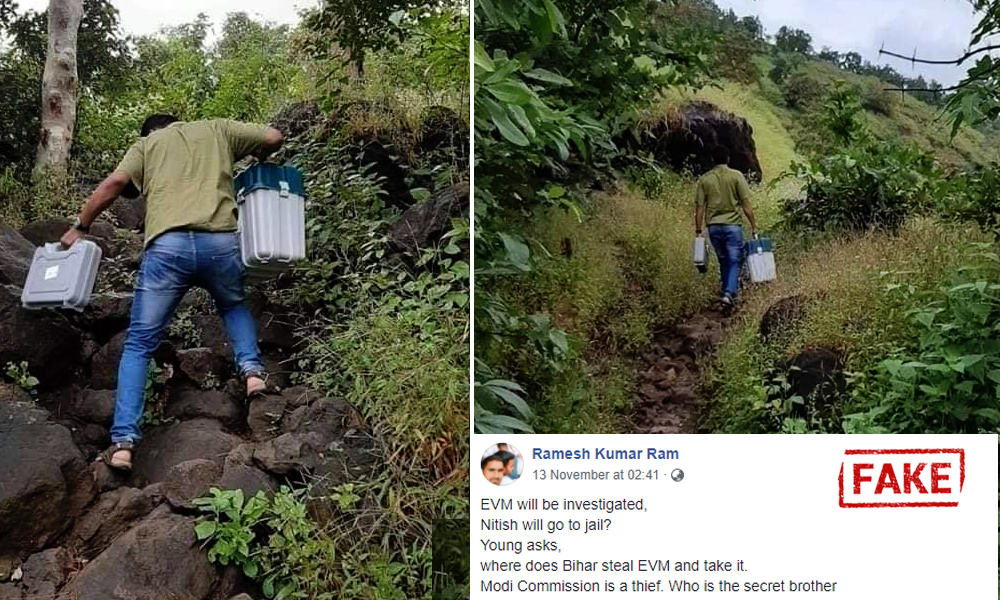 An old image of a person taking EVMs to conduct polls in remote locations is being shared with an allegation of EVM stolen during Bihar Assembly Elections 2020.

The image shared is of an EVM stolen during Bihar Assembly elections 2020.

The Logical Indian did a reverse image search on Source, a tool by Storyful and found the same image was tweeted by a Twitter handle S. Kumar on October 25, 2019.

We also did a Google reverse image search and found a tweet of District Information Office, Raigad with the same image shared with the caption, "Staff reaching polling stations in remote areas like Kalkarai. We are very proud of you." The image was tweeted on October 20, 2019.

On October 21, 2019, elections for Maharashtra Legislative Assembly was held. Thus this image belongs to Maharashtra Assembly Elections held in 2019 and not Bihar Assembly elections 2020. The image here portrays the person carrying EVM machines to remote locations for voting.

Despite the speculations, till now no news of EVM rigging or stealing has been reported in media in Bihar Assembly Elections 2020.