Netizens are sharing the image to mock the Congress party. 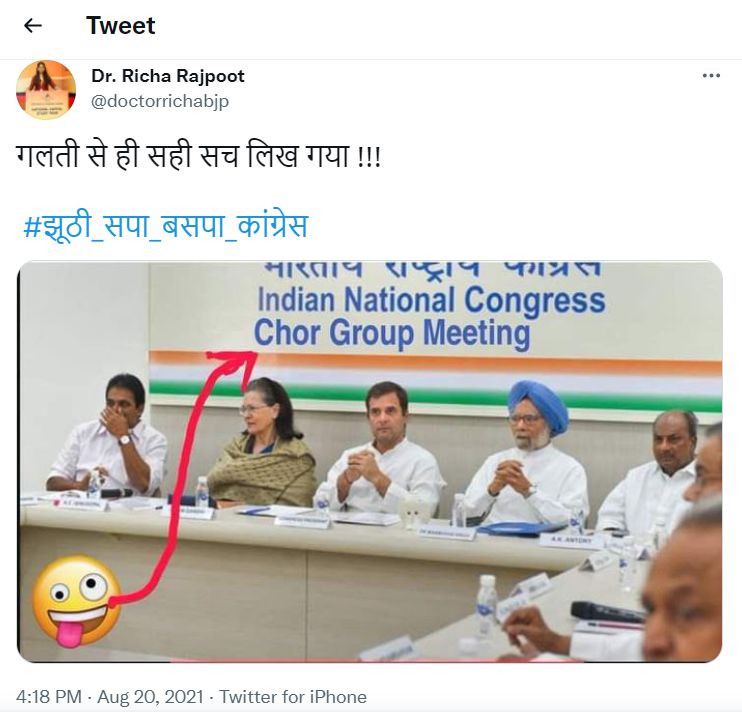 Another Twitterati shared the picture and captioned, "Kabhi Chor group ki meeting Mein juthe bartan uthane ka mauka mila hai".(Have you ever had a chance to pick up utensils in a meeting of a thief group?)

The image is morphed, and the original image was captured at Congress Working Committee (CWC) meeting held in 2019.

We did a google reverse image search of the shared picture and found several news reports from 2019 with a similar setup as in the shared image. According to the report, then INC president Rahul Gandhi proposed to resign from his presidentship after the defeat in the 2019 Lok Sabha elections. However, his proposal was rejected by CWC unanimously.

The text on the banner only read, "भारतीय राष्ट्रीय कांग्रेस Indian National Congress".

We looked for some more pictures from the same meeting to clearly see the text on the banner. ANI, the news agency, shared them on 6 August 2019 via Twitter.

Clearly, the shared image is morphed, and the text "Chor Group Meeting" is added here with the help of editing tools.