The Logical Indian Fact Check team investigates the claim that a baby was born with 3 eyes in Germany. 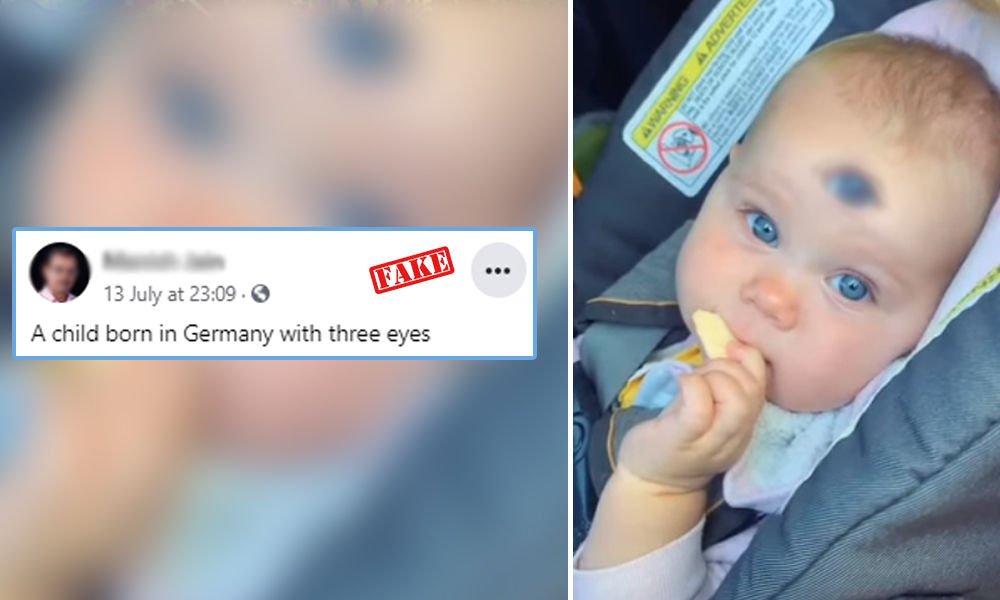 A video is being shared with the claim that it shows a miracle baby with three eyes in accordance with the prediction of a famous Indian sage.

The 11 seconds video clip shows an infant with three eyes. The post says that the baby was born in Germany. A man can be heard speaking to the baby.

"A child born in Germany with three eyes," reads the caption of the viral posts.

The Logical Indian received multiple requests to verify the claim. A child born in Germany with three eyes pic.twitter.com/nMn8YQ99Ih 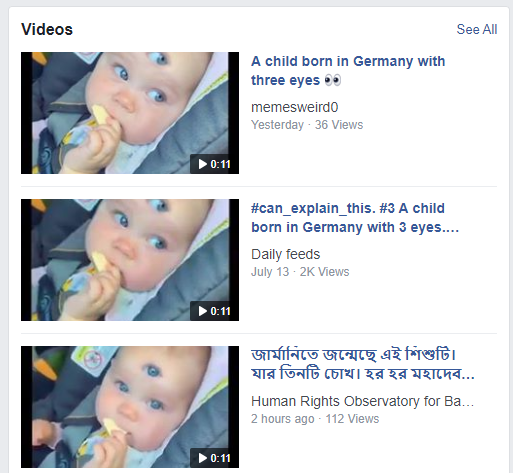 A baby was born with 3 eyes in Germany.

The left eye of the baby and the third eye on the forehead move simultaneously in the exact same direction.

Below is a comparison: "Craniofacial duplication known as diprosopus is a rare congenital disorder whereby parts or all of the face are duplicated on the head. This is a case of a 1-year-old boy referred to our hospital with an extra eye (third eye) on the left side of the head and an abnormally shaped head, which were noticed since birth, Jan 2, 2018," reads the caption of the video.

A 2018 case report published in the West Journal of Radiology, about an infant being born with a genetic disorder in Nigeria talked about 'Craniofacial duplication'

The photos of the baby published in the medical paper (top) are different from the infant in the viral video (bottom). Below is a comparison: Further, no reports on a baby being born with three eyes in Germany was found.

Also Read: Fact Check: Is There A Man-Sized Bat Flying Around?