Fake News Alert: AICTE Has Not Issued Any Circular Scrapping The 75% Attendance Rule For Engineering A circular in the name of AICTE has been widely shared on social media in the last few days. The circular talks about scrapping the 75% attendance rule for the engineering course. AICTE has clarified that it’s a fake circular.

In the last few days, a circular in the name of an advisor to AICTE has been shared widely across social media. The crux of the circular is that the AICTE has scrapped the 75% attendance rule in all B.E/B.Tech courses and is introducing vocational projects instead of mandatory attendance. The circular is addressed to all the directors & principals of AICTE approved institutions. The circular mentions the following.

The alleged circular then goes onto ask institutes to make relevant provisions and that detailed documents would be made available later both on the MHRD website as well as the AICTE website. 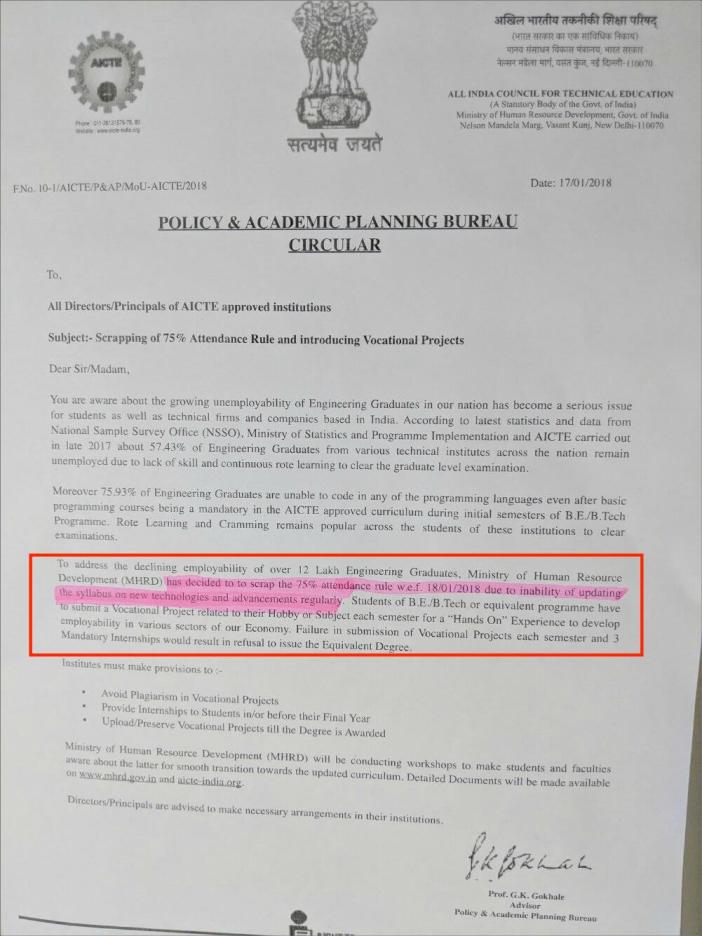 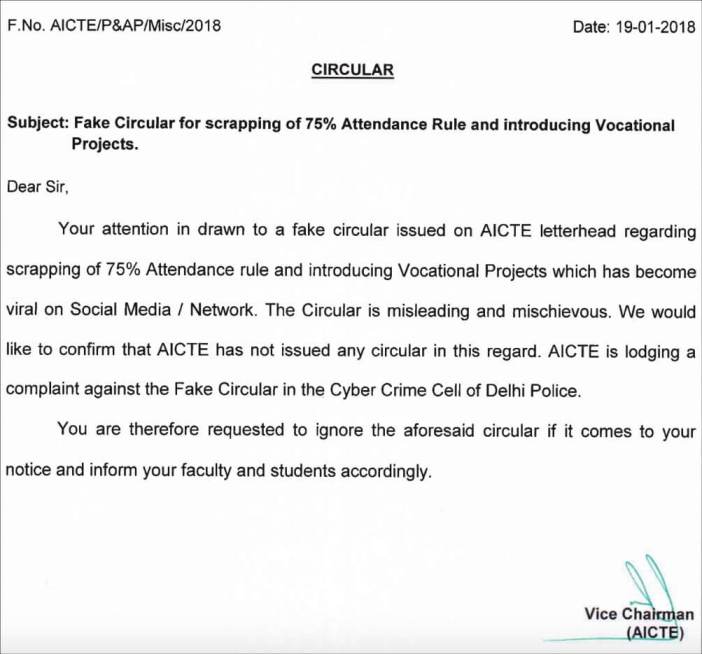 All those concerned should ignore the circular.