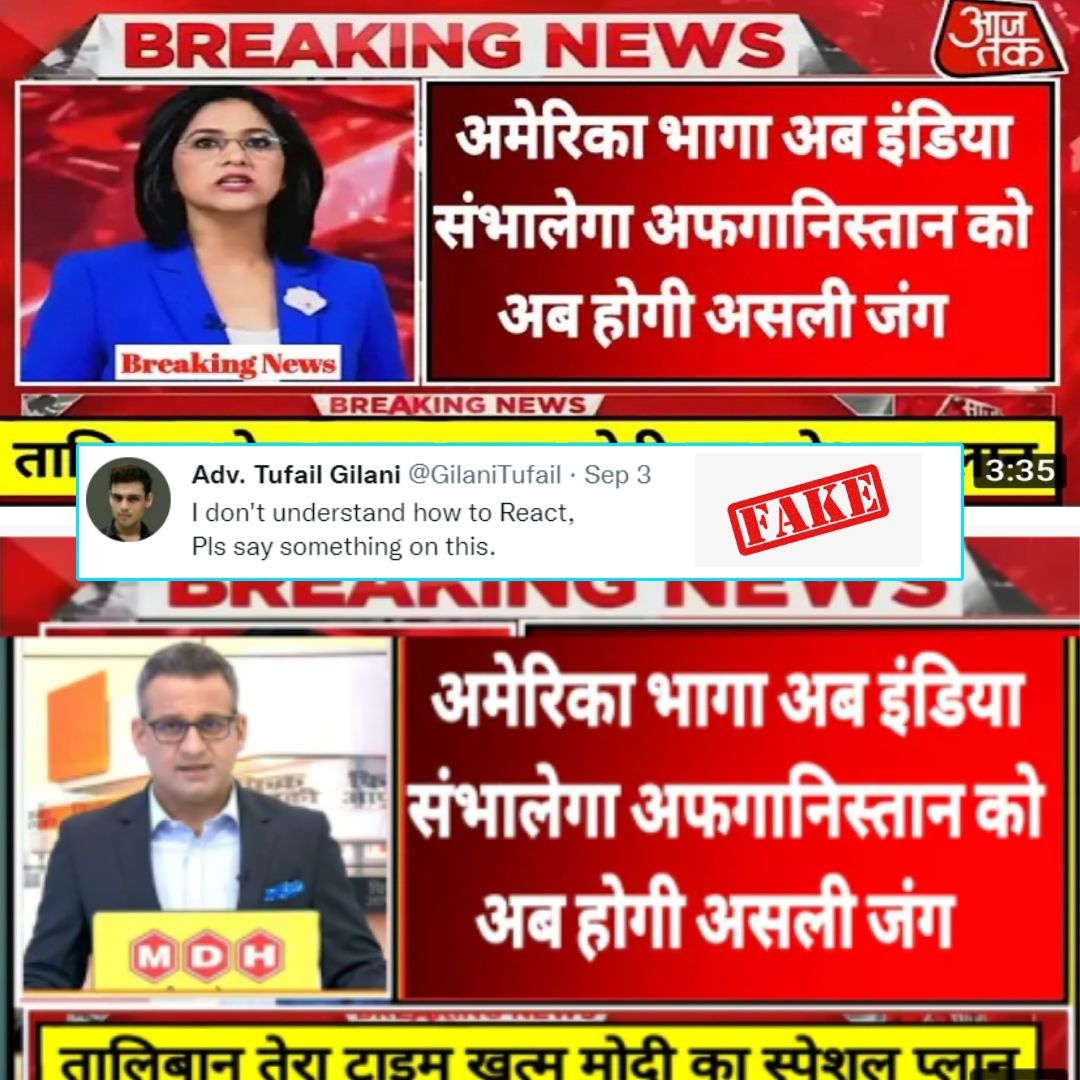 Aaj Tak denied having aired such a show and mentioned that the viral graphic is morphed.

A graphic with the logo of the Hindi news channel 'Aaj Tak' is being shared on social media, claiming that now India will be the in-charge of Afghanistan and that PM Narendra Modi has a unique plan for the Taliban. The graphic's original text in Hindi reads, "अमेरिका भागा अब इंडिया संभालेगा अफगानिस्तान को, अब होगी असली जंग" and "तालिबान तेरा टाइम खत्म मोदी का स्पेशल प्लान". (America fled, now India will handle Afghanistan. Now it will be the real war and Taliban your time is over, Modi's special plan)

I don't understand how to React,
Pls say something on this. pic.twitter.com/lhLHm9GpkM

Can anybody explain this...

The news graphic is of Aaj Tak's breaking news on Afghanistan.

The Logical Indian Fact Check team verified the claim and found it to be false. The graphic is morphed.

We closely observed the viral graphic and found that it contains a logo with a caption at the bottom, which reads, "अमेरिका भागा अब भारत करेगा अफगानिस्तान में हुकूमत।Afganistan crisis Live|Taliban|Kabul, Jo biden|modi". We searched the caption on the internet and found a YouTube video by channel 'Z to A Technical', published on 1 September 2021.

This video has the same caption as in the viral graphic but with a different thumbnail. It seemed suspicious, so we looked at the YouTube channel and found that it has used the viral graphic with varying texts as a thumbnail for many videos in the past few days.

1. Aaj Tak does not use a yellow-coloured ticker in its broadcast, as shown in the viral graphic.

2. Aaj Tak carries a timestamp under the logo in its news broadcast, which is not present in viral graphics.

We also found a Twitter clarification issued by Aaj Tak on 4 September 2021. In its tweet, the channel denied having aired such a show. It also mentioned that it is a screenshot of the thumbnail of a YouTube video by channel, 'Z to A Technical.'

Thus, we conclude that the shared graphic is not a screenshot from Aaj Tak's news broadcast. It is a screengrab of a YouTube video's thumbnail that has been changed after the image went viral.