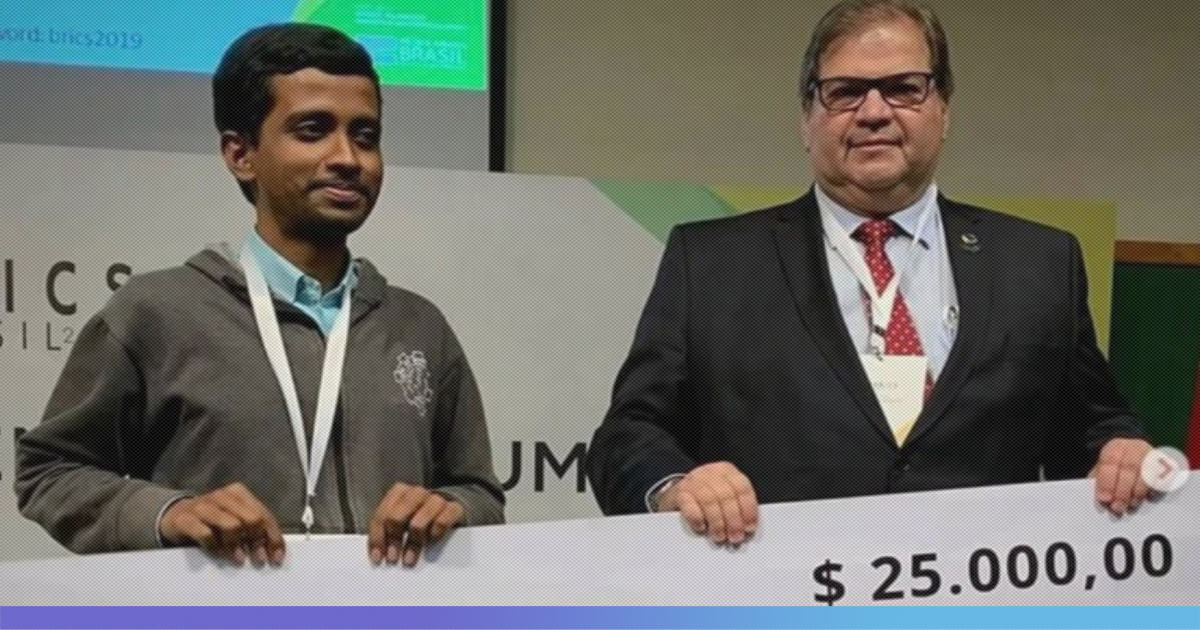 Indian scholar, Ravi Prakash, who humbly addresses himself as a son of a farmer, bagged the first place at BRICS Young Scientist Forum Conclave for inventing an affordable milk chilling technology.

The competition was held from November 6-8 in Brazil, where there were 20 young innovators from the five BRICS nations. Ravi emerged as the winner and was awarded $25,000.

His innovation uses nano-fluid base change that can chill the raw milk from 37 degrees to 7 degrees within 30 minutes.

Speaking to The Logical Indian, Ravi said, “In dairy farming, the milk that freshly comes out from the cattle is at the body temperature which is around 37 degrees. It needs to be chilled immediately or else the milk becomes vulnerable to curdling. When curdling takes place, the milk will turn sour and becomes physically and chemically unsuitable to consume. Ultimately the farmers have to face the wrath and get paid less when they sell it in the market.”

When the milk cools down, the chances of bacteria formation reduce. This helps farmers to minimise the risks and get better prices for milk in the market.

Ravi said that he is planning to take this invention to the marginal and rural pockets of the country where farmers can make use of the technology. He said that it will be made available at affordable prices and is still in talks with his mentors to take it ahead.

Such innovations in dairy technology not only add value to their yield but also makes the product more durable.