One Of India's Most Vocal Transgender Rights Activist, Akkai, Makes Her Marriage Official 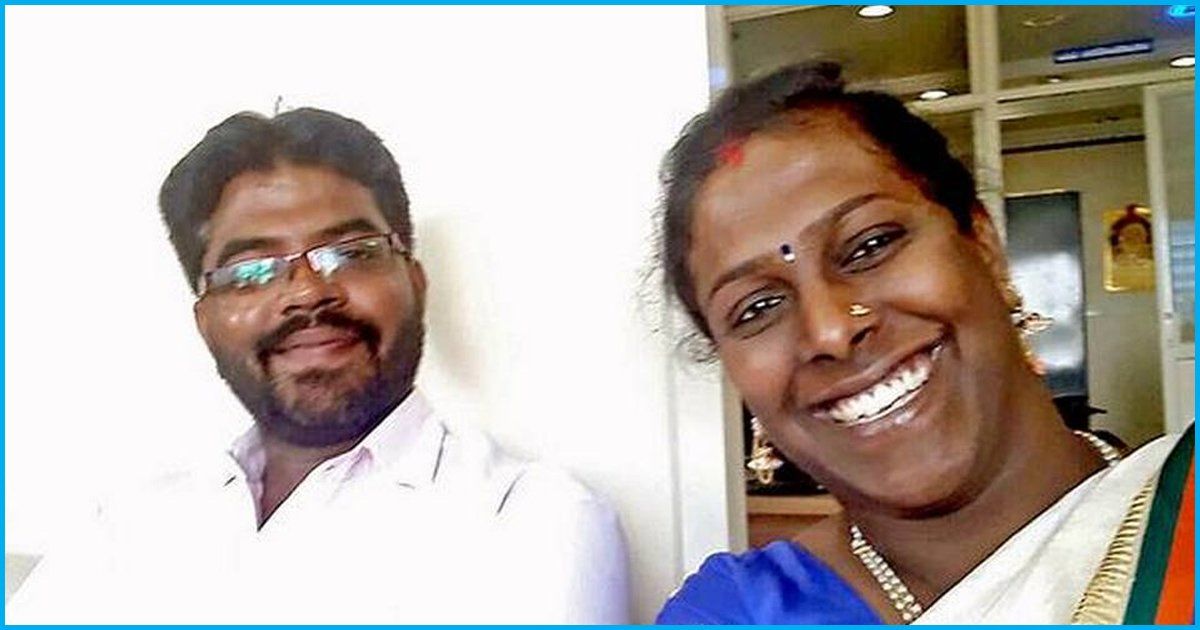 Nearly four years after the Supreme Court recognised the rights of a transgender person, Bengaluru had its first transgender wedding registered. Akkai Padmashali, who got married to Mr Vasu, her friend of eight years and fellow activist last year in January, made her marriage official yesterday.

“We finally applied in December and after the required time frame of 30 days, we registered our marriage on Tuesday,” she said. Ms Padmashali said: “It is a big thing to be registered under and recognised by a government body. The government should frame schemes to support transgenders’ marriage,” as reported by The Hindu.

Akkai Padmashali is one of the most prominent activists in India. She recently got married to Mr Vasu, her friend of eight years and fellow activist, breaking stereotypes and barriers, and increasing the acceptance of the transgender community by society.

“Marriage was an unexpected event in my life. I was always uncertain about it. What with my apprehensions about domestic violence and other atrocities, I had a suspicious notion about marriage. But my friends convinced me that marriage had another side too. I am experimenting with my marriage life. I will, of course, continue to strongly fight for people who experience domestic violence – including myself.”

A look at her life

Akkai Padmashali was born on 31 May 1983 in Bangalore to a middle-class, conservative family. Akkai’s father was in the Air Force, and her mother was a homemaker.

Born a boy, Akkai lived a confused childhood. She struggled to identify as a male, often wearing her sister’s clothes, being comfortable around girls, and struggling to deal with her parents’ ire. Her parents, frustrated by their son’s behaviour, took Akkai to local doctors and traditional healers to “cure” her.

At the age of 12, Akkai tried to kill herself, twice.

Gradually, though, she learnt to live with herself. She began to embrace her female identity. When she revealed to her brother about her acceptance of a female identity, he was supportive. This encouraged her to confess to her parents as well.

“There was initial non-acceptance,” Akkai told The Logical Indian. “But, over time, they supported my identity and activism. I come from a rigid background with its patriarchal notions, but you need to struggle for yourself and speak out for others. My family grew supportive of me, even though I come from a working class, non-English-speaking background.”

As a child, Akkai would see transgenders at the local park, begging for money from commuters. They would often be forced to resort to sex work to earn a living. Though Akkai resolved to make a life for herself with her new identity, she spent a few years in the same lifestyle. She had to resort to begging and offering herself to men at the same park.

Inspired to do something to help the millions of others suffering in silence, Akkai decided to work to help sexual minorities. She joined Sangama, a local NGO, and it was here that she realised that India’s sexual minorities would never improve without change at the policymaking level.

The crusade against Section 377

Akkai identified the root problem as Section 377 of the Indian Penal Code, which criminalises homosexuality.

She said, “Section 377 is colonial law. It is an immoral act which adversely affects the community and the right to privacy. Section 377 is an attack on democracy. It has to be repealed. The government has to play a sensitive role, one of responsible governance. Successive governments have not been supportive of LGBT rights; we are very disappointed with the State’s attitude towards sexual minorities and gender issues. I strongly stand for what I say; Section 377 has to be deleted.”

Akkai has been one of the most vocal advocates for the rights of sexual minorities in India. She was invited by the President to attend the swearing-in ceremony of the Chief Justice of India. She has also addressed audiences from Bangalore to Tokyo on LGBT rights.

After the Supreme Court had acknowledged ‘transgender’ as the third gender, Akkai was the first member of the transgender community to get a driver’s licence.

She is a founder-member of Ondede (‘convergence’ in Kannada), an organisation that aims to create awareness about sexuality, sexual diversity, and sexual orientation.

A fervent critic of India’s stance on sexual rights, Akkai also acknowledges a gradual improvement of the same in the country. “If you compare India with other countries, we are relatively progressive. Here, we have the liberty to bring any issue to the table. If you compared India today with India 20 years ago, it becomes obvious that we have come a long way when it comes to gender issues. This is especially so for the youth movement, especially in universities and private institutions where people are more progressive and open-minded.”

The Logical Indian thanks Akkai for all the wonderful work she has done to bring the voice of the sexual minorities to the fore. We also congratulate her on her wedding and wish the best for the new chapter of her journey.