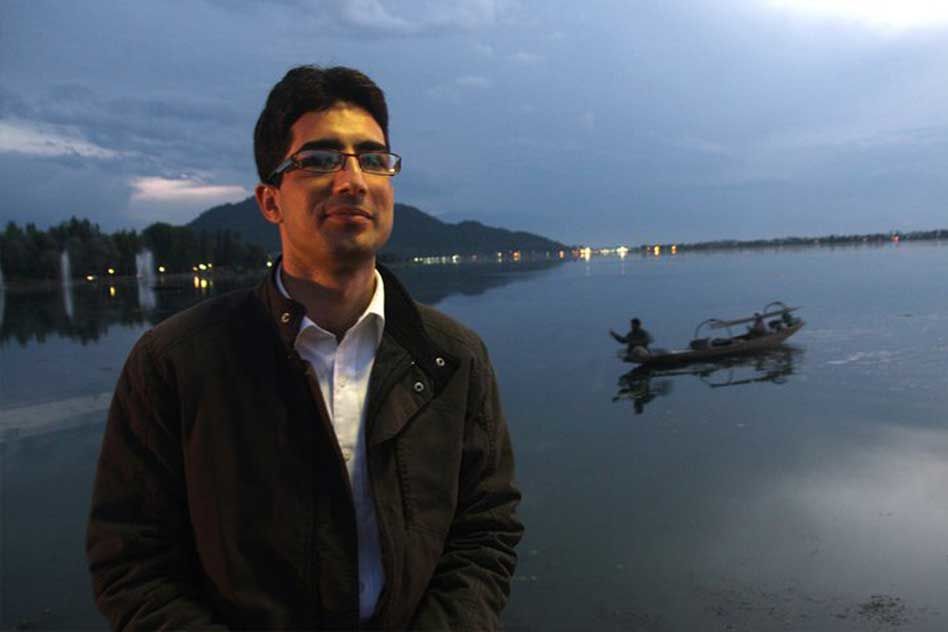 Shah Faesal is a hero to every civil service aspirant in the country. As the first Kashmiri to top the Indian Civil Services Examination, Mr Faesal has emerged as one of India’s most prominent intellectuals.

The Logical Indian recently interviewed him Here are the excerpts.

In 2009, you became the first Kashmiri to top the Indian Civil Services Examination. In reality, would you say that civil servants are less corruptible than other public personalities?

I don’t think that being corruptible has much to do with the profession one is in. Integrity is extremely personal, and if someone can be bought over, he can be bought wherever he is. We need to avoid stereotypes like all bureaucrats are corrupt or that all politicians are bad, as this is not so in reality.

There is a widespread belief that civil servants do not enjoy as much autonomy as they should. Is this true?

Accountability does not mean lack of autonomy. Civil servants are accountable in so many different ways, and that is part of the natural checks and balances in a system. But beyond that, if someone doesn’t want to exercise his legitimate power and instead agrees to make compromises, that is a personal choice I think. But civil servants have to be strong and aim to resist any pressure. Civil services is not a calling for the weak-hearted, to be fair.

Does the Indian bureaucratic process need reforms? If yes, what should these be, in your opinion?

Bureaucracy is a timeworn institution, rigid and status-quoist by its very nature. It represents continuity, but that doesn’t mean that it isn’t amenable to reform. I can tell you with confidence that IAS as a service has been transforming at a fast pace and the new generation of IAS officers is more open to ideas, more trained to handle transparency and more awake to aspirations of the people. But you have to understand that while IAS is often blamed for being THE bureaucracy and getting blamed for all the bureaucratic ills, the fact is that it is just a part of a big system. There are so many other services and institutions, universities, courts, tax administration, political parties that have their bureaucracies which need as much reform.

What is your view on demonetisation? Will it be a game-changer in the fight against black money?

I think it has been a very interesting experience and I see it as an experiment in governance done in good faith. We didn’t face much inconvenience in the state of Jammu and Kashmir, and that was the fun part of it.

In your opinion, what is the most constructive way to deal with – and solve – the Kashmir conflict?

I do not know exactly what is to be done but all I can say is that everyone wants an end to the bloodshed and people want to live in peace. I don’t know how can we achieve that but I wish it happens soon.

In the realm of international affairs, we are seeing a resurgence of populist and far-right politics around the world. What do you think is the reason behind this?

I think that there is a sentiment of insecurity and economic instability behind this. We are seeing a revival of protectionism, xenophobia, hate crimes because we have suddenly started feeling that there is not enough for each one of us on this planet. Nationalism is not a problem. The problem is that we want our brotherhood of people, who share DNA or language or colour or religion, should be the last ones to die once the earth gets wiped out due to our collective misadventures. What we have been doing to nature all these years is now getting back to us in the form of this dehumanising anxiety which is seeing the emergence of extremist thought process across the world.

Today, in India, we see a growing polarisation along ideological lines. Do you agree that this is a contemporary phenomenon? If so, why do you think this is happening, and what can we do to reverse this dangerous tide?

India has a great tradition of argumentation and debate. The best part is that Indian civilisation draws from Hinduism, Islam, Christianity, Sikhism, Buddhism a great tradition that is accommodative of dissent. I think that the cultural tectonics of this country are strong enough to counterbalance the ideological tectonics and India shall withstand it.

Coming to the issue of separation of State and religion, what is your opinion on India adopting a uniform civil code?

I have an opinion on this, but since there are religious sensitivities associated with it, I would prefer not to share.

Social media is swiftly becoming the largest source of news for India’s urban population. Is this trend worrisome? Will it affect the way information is distributed and consumed in the future?

It is worrisome because it lacks responsibility. You can spread a rumour or slander people or spread superstition and then hide behind the anonymity that the internet and social media offers. That needs to be taken care of, and I am confident that technology can be used to take care of the ills of technology. Otherwise, social media is a reality, and there is no going back. We can hate it, but we can’t avoid it. Facebook and Twitter are now perhaps the biggest news portals around us, and we will have to think about regulation and responsibility.