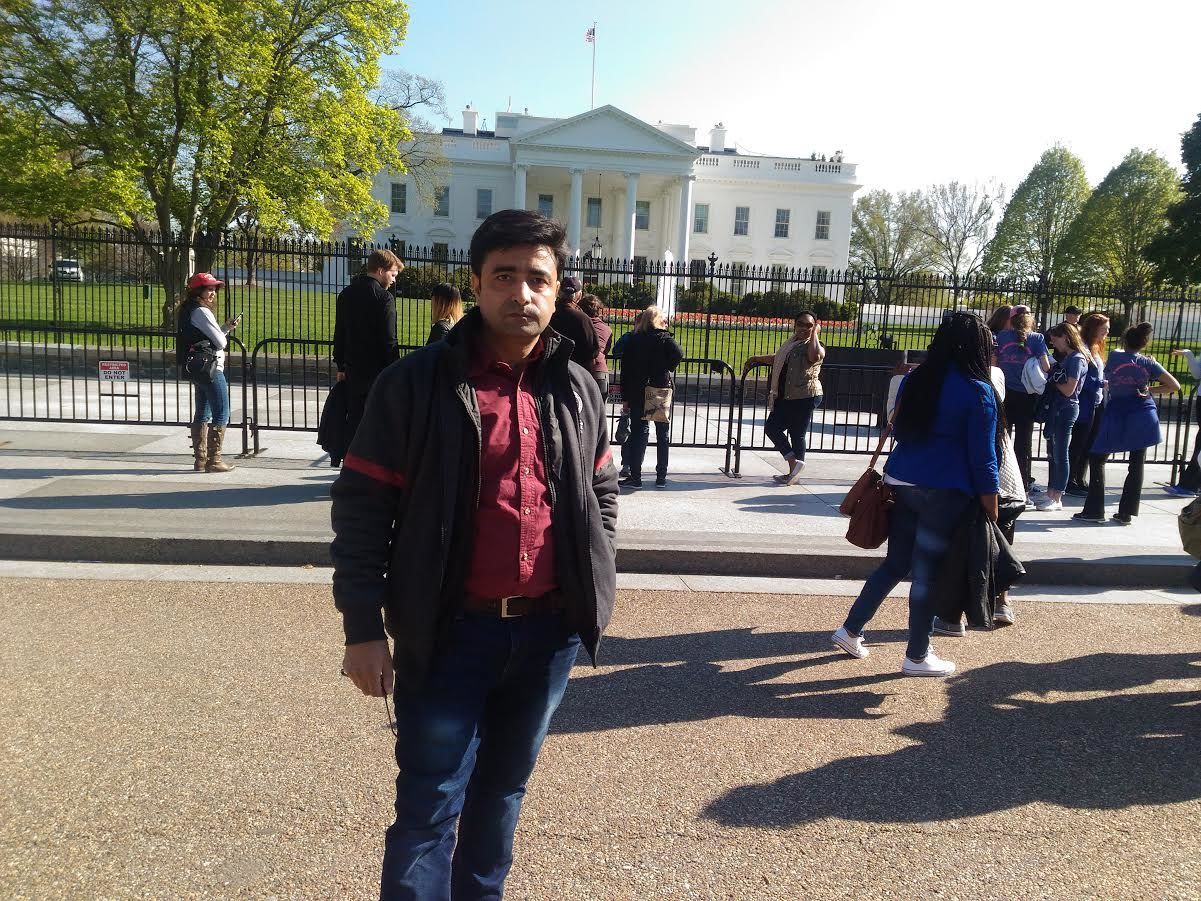 Adversities and hardships affect people in different ways. Few are unable to process the pain while few find motivation to bring a change. One such story is of Rahul Goswami, who co-founded Lakshya Jeevan Jagriti. The Logical Indian had a conversation with him about his journey and how with strong willpower and determination he changed a life of thousands of women and youth.

Speaking to The Logical Indian, Rahul said,” I had a very disturbed family background. My mother and I were a victim of domestic violence. Besides this, I was always demotivated by my friends. There was no silver lining in my life, but I knew I had the potential. I expressed my desire to do MBA against the will of my father, and as a result, I was thrown out of the house when I was only 18. I was strong willed not to let the past effect me. It took me 34 years of struggle to overcome barriers.”

Without any support from family, Rahul started taking private tuitions to survive and continue his education. In no time, his trainee followers would seek guidance from him which made him realised that he has an ability to motivate people. Rahul started to make a difference in the life of children by tutoring them. He worked as a catalyst and motivated children to pursue their dreams. Under his guidance, many students came out with flying colours. There was no looking back for him then. He groomed a lot of children and eventually start working in a distance learning education centre where he motivated many students to dream big. His passion to groom children led his students to national and international level.

A turning point came in his life when 25 of his students participated in IIM Ahmedabad Case Study Competition of Gender Inclusivity. After acing the competition, seven students came to him and expressed their desire to work with him. He instantly quit as a faculty and initiated Lakshya Jeevan Jagriti in Karol Bagh, New Delhi in 2009. Lakshya Jeevan Jagriti is an NGO that empowers women and youth to take leadership roles. This NGO focuses on the field of Education, Health and Community Development. It is a social enterprise dedicated to improving the social and economic conditions of women by providing them skill based training. Initially, they enrolled seven trainees, and the number grew to 310 within a year. Through their campaign ASMA ‘Aao Saath Maa’, they provide leadership coaching, entrepreneurial training, literacy training. They help women getting access to the markets and enhance the knowledge level of business operations.

Lakshya got selected among top 20 social enterprises by TATA social challenge. We also got first prize by IIM-Indore for social enterprise award. In 2016 my trainee who is also a co-founder got selected for leadership development program out of 1400 applications across the world by Global Good Fund, Washington DC.

This journey was not a cake walk. Rahul had to counter a lot of challenges like convincing parents. It was extremely tough to convince parents to send their children to attend workshops. Initially, Rahul and his team would go door to door and conduct surveys. Through their thought-provoking questionnaire, people would mull over in which directions they were being headed. Sooner people started reaching out to him, and he would help them by counselling them. And sooner they created a trust in the society and eventually a team was built. Till date they have groomed more than 8132 trainees and believes that the number of beneficiaries will increase with better support and guidance. From a thought to a team of 20 people, this journey of Rahul has inspired a lot to other people.

When asked what is the ultimate goal, he smiles and says,”Every dream has a right to smile and succeed.” He has a lot of faith in this generation and believes that in coming time, Indian will go through a radical transformation.

The Logical Indian salutes the efforts of Rahul Goswami and hopes that he succeeds in his endeavour.