On Republic Day, Let's Meet The Flag Makers Of Our Country 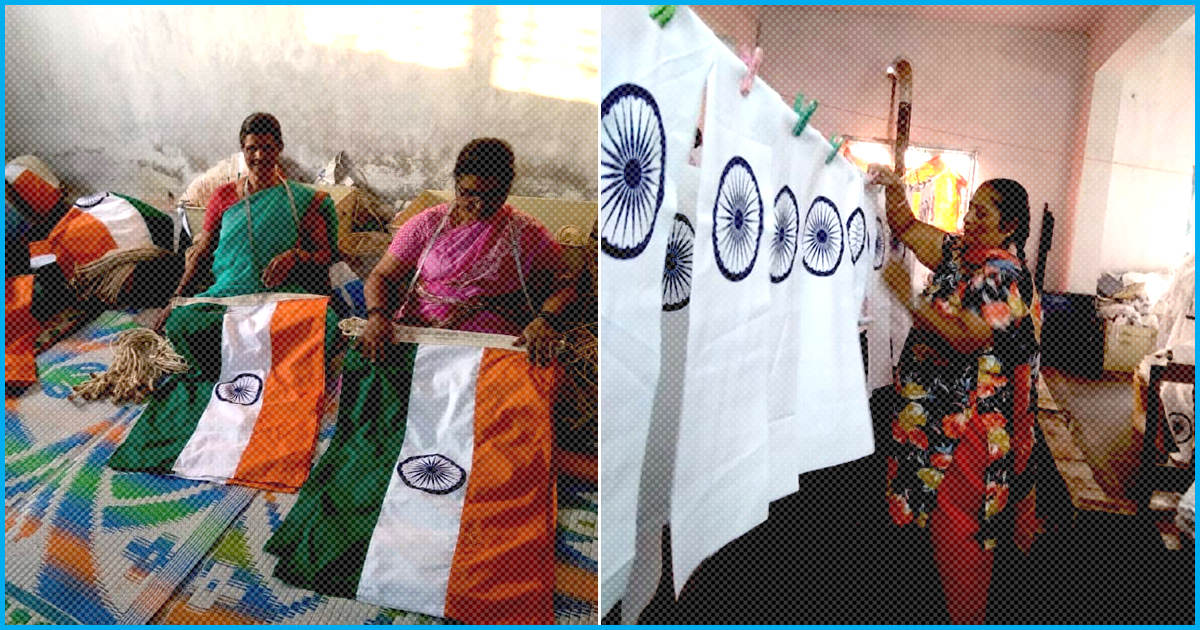 With Republic Day building patriotism in our hearts, we come across hundreds of flags being hoisted in several places around us. But have we ever wondered where these flags come from? Making these flags is no less than a work of art.

Flags give us a feeling of honour and also fills us up with pride for our country. With Republic Day marking an important event of our country, several flags are hoisted around India. Although we only see a piece of cloth, there is a lot of effort that goes into making a flag.

Khadi Udyog is a production unit started in Karnataka in 1957. They began collecting khadi cloth from across the country, and then distributed them.

In the year 1981, to help villagers who suffered due to drought and famine, under a government scheme, founder Venkatesh Magadi turned this small unit into a production centre.

“In 2002, the centre asked Bureau of Indian Standards (BIS) for certification from the Indian government, and in 2005, we received certification to produce flags,” said Shivanand, secretary, in conversation with The Logical Indian.

The art of making flags

“There are nine types of flags which are approved. Six of these types can be hoisted on pillars and posts, and two other types can be used for cars and tables, and another is usually held in hand,” Venkatesh said.

In order to authenticate and certify the centre, BIS officially visits it every year.

“In our centre, there are around 500 people working on flag production, and 90% of them are women. In our production units at Hubli and Bagalkot, production work includes spinning, dyeing, cutting, weaving, colouring among other processes to complete making a flag. Women are paid daily depending on how much work they do. To be more specific, suppose they are working on cutting the cloth. They will be paid according to how many pieces they cut and what the length of the pieces are. Although the payment is made by the khadi centre, the amount to be paid is decided by the central government. On an average, the payment is a minimum of Rs 4,000 per person per month,” Venkatesh said.

The women, working hard at the art are given the option to stay back in the houses constructed for the work. Most of the women working at the centre are housewives and come to work there after their husbands go out to work. Most of their husbands are farmers. The opportunity the centre gives the women is important as they get to earn for themselves instead of only doing household chores. They create an identity for themselves as artists.

Although there are other units producing flags and this is not the only place specialising in this art, this was among the first places which got BIS certified. A production unit that started off by earning Rs four lakh a year, has now gone on to earn Rs three crores a year, with flags being sent to various institutions across the country.

The Logical Indian appreciates Khadi Udyog’s effort at doing something so unique.

Also read: UP: Farmers Are Converting Farm Waste To Manure & Saving The Air From 45,000 Kg Of Carbon Dioxide