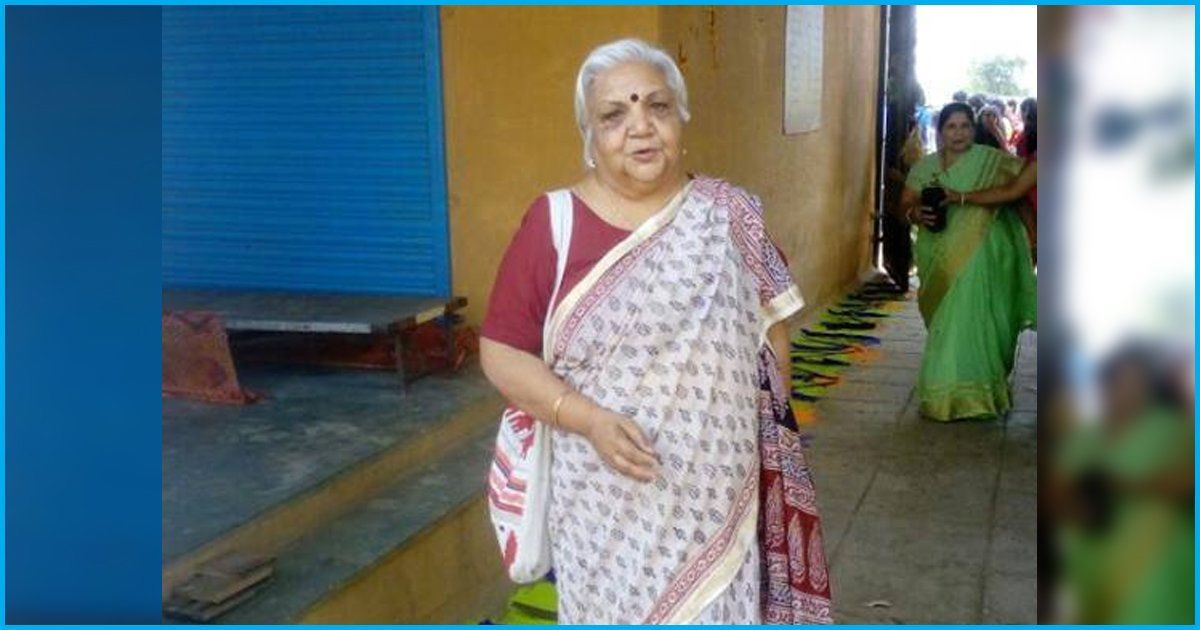 She survived an open heart surgery as a teenager at a time when its survival rate of patients undergoing it was low in India. She was 17-year-old when she underwent the surgery which opened her eyes. She then chose a path less travelled. This is all about Janak Palta McGilligan, a woman working for sustainable living and empowerment of women.

People call her ‘Didi’, and her late husband Jimmy McGilligan ‘jijaji’ (brother-in-law). She has empowered thousands of rural, tribal, and urban poor girls, women and men of all ages over the last 33 years. Janak Palta along with her late husband pioneered solar cooking, to achieve sustainable living.

The journey towards a green hero

Speaking about her journey, Janak Palta told The Logical Indian: “It was difficult, but not impossible”. She had undergone an open heart surgery at the age of 17. Her own survival opened her eyes. “I started searching for a path to thank God. I wanted to do something for the society”, she said.

It took 16 years to discover herself. She worked as a translator in a Punjab and Haryana High Court and later worked at the Centre for Research in Rural and Industrial Development in Chandigarh. She also served as a research fellow in various research projects including one project on communal violence which took her around the nation and to Indore. In Indore, she met Jimmy McGilligan.

During her stay in Indore, Janak was invited to establish Barli Development for rural women by the National Assembly of Baha’is of India. She left her job and family and moved to Indore on June 1, 1985, to start an institute for rural and tribal women in 6 acres of land with no buildings or even a boundary wall.

Janak lived on her own as a Director, a single person army and started bit by bit. It was after three years that she met an Irishman late Jimmy McGilligan. Both of them together started serving rural and tribal women from disadvantaged backgrounds.

The Institute enables women to become agents of positive social change. Barli is a common female name among Bhilala tribes which means central pillar that holds the house. Janak named it because she believes that woman is the central pillar of the society. Scheduled caste, scheduled tribes, backward classes, orphans, widows, and physically challenged women are given priority here.

She handed over the Barli Institute to Mrs Tahera Jadhav who was trained by her in a systematic succession plan as Deputy Director for more than 6 months, and Tehera is the director of the institute since April 17, 2011.

She founded Jimmy McGillian Centre in 1998 to work for social causes.

A Padma Shri awardee, Janak trained women to start solar cooking. She is an active advocate of solar cooking. Electricity to the Sanawadiya village is also supplied from the centre through solar cells and windmills. “Even waste papers are used for energy production. They are converted into cylinders to form briquettes and are used as fuel,” Janak told The Logical Indian. “I do not buy any food products or vegetable from outside. Except for sugar, tea, cooking oil and salt, all the food products are cultivated here,” she added.

Jimmy McGillian passed away in a tragic accident in 2011. Even after his demise, she worked for environment and women empowerment with sheer perseverance and willpower. “Now I am seventy. I don’t believe in celebrations. On my 70th birthday, I planted 70 trees,” she said.

After Jimmy’s demise, Janak moved to Giridarshan, their personal abode in Sanawadiya village. She has a huge solar panel on top of her home. “The entire meal is cooked using solar energy,” she said. She grows vegetables and herbs and gives the excess power to neighbouring people. There are 160 trees and 13 crops in her half an acre land. She has 2 cows whom she looks after.

Janak also trains people to make natural colours that can be used in Holi celebrations. She is open to having visitors in her home and to share the tips for sustainable living. Many youngsters visit her and live with her. They are also trained under her on organic farming and solar cooking.

Janak Palta has spoken at the UN about her journey as an environmentalist. She represented India in UN for a high-level forum on sustainable development goals. She was described as ‘Green Hero’ by The Energy and Resource Institute (TERI) in India. She also serves as a member of Solar Cookers International.

Born in a Punjabi family in Chandigarh, Janak had never been into college. But she did her studies privately and pursued MA in English literature, and political science and MPhil in political science, and a doctoral degree in sustainable community development.