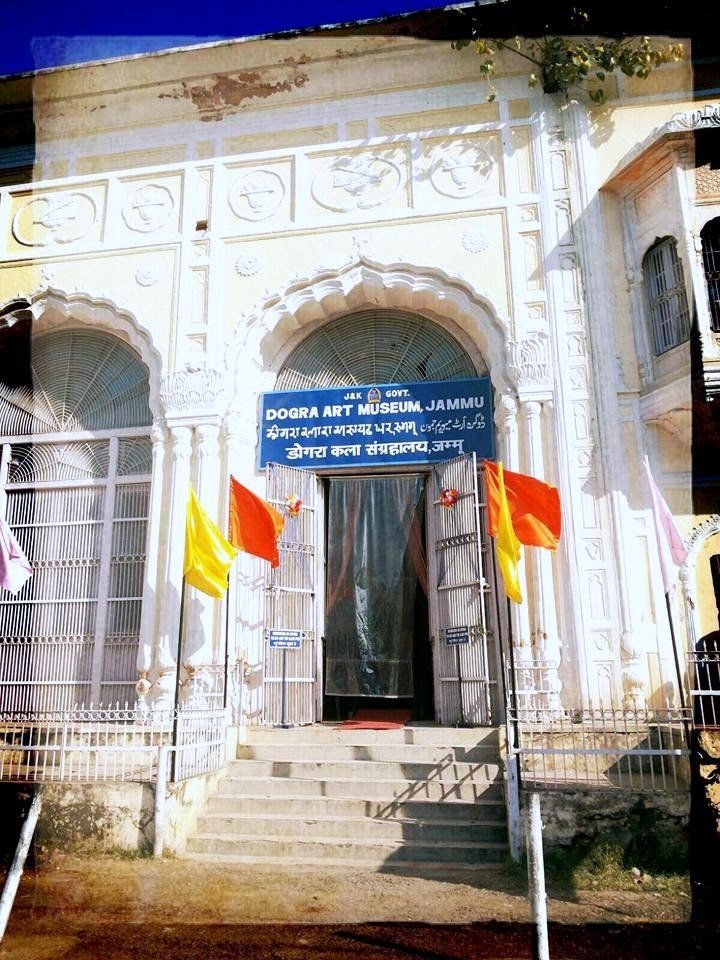 Jammu And Kashmir: A Place Infested With Terror, Fear, Bomb Blasts – Is That All?

The day we stop playing politics over Jammu and Kashmir we will be able to celebrate and showcase it for the country and the world to see.

What is Jammu and Kashmir? A place infested with terror, fear, bomb blasts – is that all? The state is generally in the news for these reasons which sadly undermine the lush greens, diverse cultures and rich heritage of J&K.

To break this single-sided image of this state, the focus of the article is to explore the royal dynasties, culture and places of interest in Jammu with special attention to the Dogra Culture.

There are many industrious and diligent people out there who wish to bring the face of J&K to the forefront. It was a privilege to meet one such hard-working resident and promoter of Jammu culture, Manu Khajuria. She is a freelance writer/ commentator, activist, a native of Jammu Region who proudly traces her roots to Burmal a small village in Bishnah Tehsil. She is also a Founder Member of Voice of Dogras, a community organization which espouses the rights of the Jammu Region and its unique cultural identity. A Lady Shri Ram College and Tata Institute of Social Sciences alumna she is currently residing in London and volunteers her time with British Red Cross as a Caseworker in their International Family Tracing Division.

In an Interview with Manu Khajuria, the rich diversity of Jammu has been captured. I am grateful to her for lending precious inputs and facts for the article. It is because of her exhaustive research and dedication, that the article has been able to cover significant areas of Jammu region and Dogra Culture. Jammu and Kashmir: Fight or Flight Mode
Jammu and Kashmir is undoubtedly a potpourri of cultural diversity. Yet when we read the news or meet people from outside the state, they are in the dark about its rich heritage. Manu Khajuria also finds this damaging to the real essence of J&K. Exposing this stereotypical image, she vehemently speaks, “Just as there can be no development in a fight or flight mode, we cannot do justice to the preservation and promotion of culture and heritage of our State. Jammu & Kashmir has been in a state of conflict for decades now and we struggle everyday with militancy and cross border firing. This coupled with poor infrastructure development, power crisis, bad roads and connectivity overshadows the rich cultural heritage of our state.”

She further states how nationally the news coming out of the state is always negative and paints a dismal picture. All these reasons have led not only people from outside the state being in dark about the sheer diversity and beauty of Jammu & Kashmir but also within the state different regions are fast becoming strangers to each other. In her words, “ The day we actually start caring for Jammu Kashmir and stop playing politics over it we will not only be able to celebrate all that we have but will also showcase it for the country and the world to see”. What is Voice of Dogras : A Humble Initiative
Manu Khajuria’s brainchild Voice of Dogras (VOD) is an attempt to advocate for the rights of the Dugger region and to promote its unique cultural and historical identity.

As the founder of Voice of Dogras, she has conducted various activities and exercises to promote its cause. This social media initiative began with an angst shared by many from the Jammu region of being a very important but a completely ignored stakeholder. Cultural Origin, Lineage and Royal Dynasty of the Dogras
The Dogra rule which lasted for exactly one hundred and one years from November 1846 to October 1947 was one of the most peaceful and progressive periods in the long history of Jammu Kashmir State. History tells us that the first Maharaja of Jammu and Kashmir was Gulab Singh, who became Raja, Governor-General, of Jammu principality through an endowment from the Sikh ruler Maharaja Ranjit Singh. Then came Maharaja Ranbir Singh whose most outstanding achievement was the reconquest of Gilgit and subjugation of the north west frontier provinces of Hunza and Nagar. Then in the line was Maharaja Pratap Singh in whose reign the modernisation of the state was jumpstarted. Kashmir was linked to Rawalpindi, Abbotabad and Sialkot by motorable roads.

It was under the rule of the last ruling Maharaja of the Dogra dynasty -Maharaja Hari Singh, that modernization accelerated in leaps and bounds. Maharaja Hari Singh was specially focused on education, making primary education free and complusary. Girls education was also a priority for him. He is known for getting sati and untouchability abolished. He famously said ” Justice is my Religion ” and believed in equality of all religions. Dogras and their Cultural Profile
Dogras are an ethno- linguistic group inhabiting a certain geographical area. They are also known as Duggars. Dogri is their spoken language and the essence of Dogras can be eloquently put in the famous phrase – Khand Mithay log Dogre, Khand mithi Dogri (meaning – sweet as sugar the Dogras and sweet is their language).

They are a martial race with unparalleled martial history, who stretched the boundaries up to the Pamirs and Tibet. Even today they stand loyal to their State and Nation.

The Dogra music reflects the martial tradition of the Dogras with the lyrics that women folk pining for their men who are fighting wars far away on the frontiers. The region has many dance and theatre forms like kud, heren, gawatri, fumenie, bakh, Jagarana, benthe.

Manu Khajuria narrates a story where Raja Jambulochan once saw a tiger and goat drinking water from the banks of River Tawi standing next to each other. This story famously describes the character of the land its people. Case in point is the fact that Jammu has opened its hearts and home to refugees from West Pakistan, Pakistan Occupied Jammu Kashmir and more recently Kashmiri Pandits from the Valley.

Prominent works: Representing History, Life and Culture of the Dogras
Manu Khajuria shares with the readers, some books – fiction and non-fiction that reflect the essence of Dogras – History, life and culture.

Gulabnama: a biography of Maharaja Gulab Singh; The Troubled Years Maharaja Hari Singh which clears a lot of false allegations and misconceptions against the last ruling Maharaja; Autobiography of Malika Pukhraj which describes the society of Jammu; Kashmir 1947 Rival Versions of History by Prem Shankar Jha; Autobiography of Dr Karan Singh and Forgotten Atrocities by Bal K Gupta. Monuments to Visit: To know the Dogras in an Authentic Light.
According to Manu Khajuria, “I think each monument has a story to tell. It is a mirror to the people and their history and character.” Jammu is a land of monuments, heritage sites, temples and places of worship worth a visit. Jammu City is known as the City of Temples. The different places of worship reflect the respect for feminine divine.

The Baawe Wali Mata at Bahu Fort, Vaishno Devi Shrine and Mahamaya Temple dedicated to a local Dogra woman who fought against foreign invaders, Kol Kandoli – all feminine powers who are seen as protecting and sustaining life.

Pur Mandal and Sudh Mahadev, Buddhay Amarnath and the many Dev Sthaans and local deities called Daatis make this a spiritually rich land.

Shahdara Sharief at Rajouri and Nangali Sahib at Poonch are the threads which weave a pluralistic and composite culture.

History is retold through the many forts and palaces that dot the Region. Manu intends to highlight how there has been laxity in the conservation, and upkeep of these sites and how their promotion is an issue of grave concern. The fast decline of our heritage sites is akin to witnessing our history fade away right in front of our eyes.

On speaking about the natural beauty of Jammu, she remarks, “It is bountiful as far as the eye can see. From the hilly terrain which give a peek further into the high mountains and valleys lying in its shadow, to skiing in Patnitop; the beautiful Bhaderwah and the enchanting Kishtwar; towns like Rajouri, Basohli and Poonch to picturesque far flung villages it is a bountiful land”.