The complainant has accused the resident to be an illegal citizen who has obtained the Aadhaar Card through false pretences and documents. 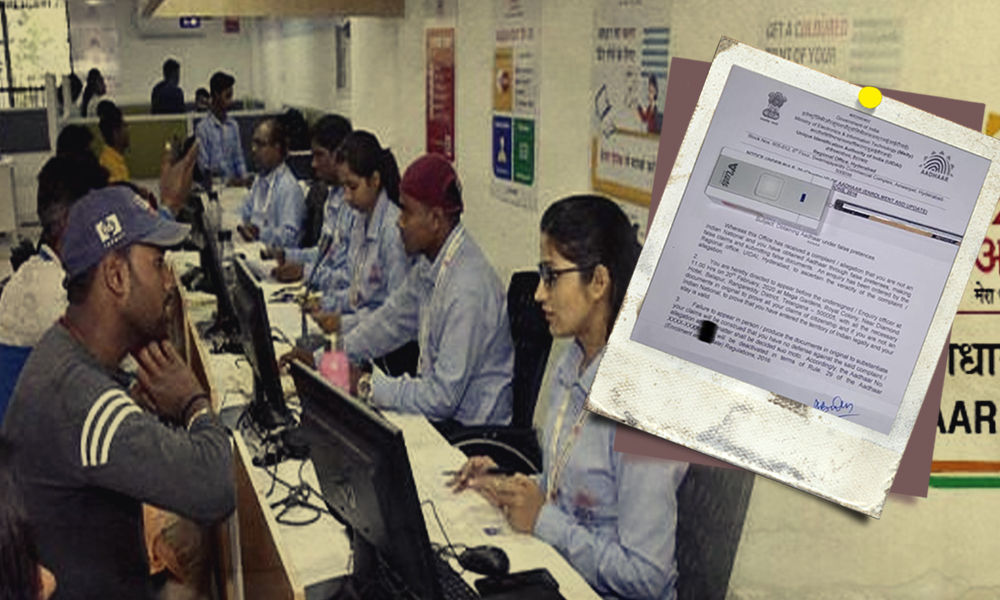 The Unique Identification Authority Of India's (UIDAI) Hyderabad Regional Office has ordered an inquiry against 127 Hyderabad residents based on state police inquiry that the residents are 'illegal immigrants'.

The preliminary inquiry has revealed the residents obtained Aadhaar Cards through false pretences and documents.

Scariest Notice to residents of #Hyderabad "You are not an Indian national" attend before enquiry officer with all the necessary documents to prove #Citizenship is it indirect #NRC ? @naukarshah @digitaldutta @_YogendraYadav @harsh_mander @TelanganaCMO @KTRTRS pic.twitter.com/ENJMt47IHD

A notice issued on February 3 under the subject "Obtaining Aadhaar under false pretences", the regional office has asked the concerned person to appear before the inquiry officer at 11 am on February 20 at Mega Gardens with all the necessary documents to prove his/her Indian citizenship.

The notice also pointed out that if the people are not Indian citizens, then they have to prove that they entered India legally.

The office has warned that if the person fails to appear in person or produce documents to substantiate his/her claims, then it will be interpreted that the person has no "defence" against the complaint. It mentioned that the person's Aadhaar card will be deactivated under Rule 29 of the Aadhaar Regulations, 2016.

Meanwhile, the UIDAI has clarified that contrary to the media reports, Aadhaar has got nothing to do with the citizenship. "Aadhaar is not a document of citizenship and UIDAI has been mandated under the Aadhaar Act to ascertain residency of a person in India for 182 days prior to applying for Aadhaar. Also, the Supreme Court of India in its landmark decision has directed UIDAI not to issue Aadhaar to illegal immigrants," UIDAI said in a press release.

The authority further said that the Aadhaar number is cancelled when it is found that a resident has obtained it by submitting false biometrics or documents. "Therefore, the RO Hyderabad has sent notices to them to appear in person and to substantiate their claims for getting an Aadhaar number. It is a routine quality improvement process that UIDAI takes up regularly." UIDAI added.