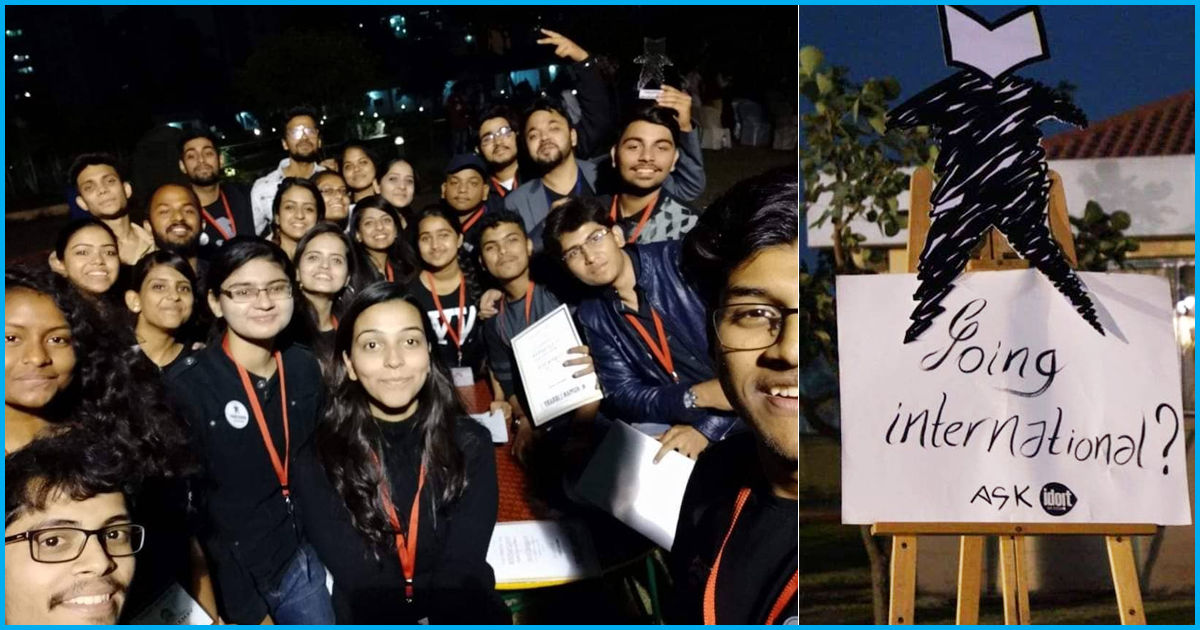 #Unjudge: Indulge In A Conversation With A Book At Kolkata's First Human Library

Ever thought about a book that answers your hidden quests in real life? While we immerse ourselves in books to find a getaway to a different world, fictional or non-fictional, there is a new initiative that has made its way through the rest of the world- a human library. Initially started in Denmark, Copenhagen in 2000, the Human Library Organization is active in over 80 countries. The book lovers of Kolkata finally got to experience the thrill of talking to a person and knowing about their stories.

The founder and book depot manager of the library, Deblina Saha, took the initiative to start the library and struggled for a year for its inception. Having read about it online, the process of getting the license was not easy for her. Talking about her experience with The Logical Indian, she said, “When I read about a human library, I wanted to experience it as a reader. Fascinated with its concept, I found out that no one has thought of starting it here. I applied to get a license in mid-2017 but finally got the approval to kick start the first chapter in 2019.”

Working as an employee in a communication firm, Saha is leading this project through which people would be able to challenge their inner prejudices and stereotypical thinking. A firm believer of societal equality, Saha shares with The Logical Indian, “The Human Library provides a space where dialogues about various stigmas and prejudices prevalent in our society could be initiated. It allows the readers to learn from those who have faced such experiences in their personal lives. This would allow them to look at various issues from a new perspective.”

Most interestingly, the ‘books’ at this library could indulge in conversations with the readers for real. Opposite to traditional libraries where a reader could just borrow and read hard copies, this new concept even allows to interrogate them. Here, each human is treated as a ‘book’ which could be loaned for around 25 minutes by a reader. Each reader was allowed to borrow two books at this event. Within the stipulated time period, the readers could question them in order to know about various stigmatized notions, acquire newer ways of looking at things or even get inspiration from their stories. It was hosted at Rabindra Tirtha, New Town on January 6.

In the first chapter, the Human Library has attempted to bring together an assemblage of trailblazers, survivors and possible role models who have faced their life challenges with guts and emerged gloriously. They want to put forward their stories, narrated by them in an attempt to shatter prejudices and stigmas perpetuated by the society. Further sharing details about the successful event with The Logical Indian, she said, “The readers were elated with this concept. We witnessed people belonging to the age group of 16 to 70 coming forward to be a part of this event. After listening to human books, they were able to understand what they had faced in their personal lives. It will make them more compassionate towards any such member in our community.”

Although selecting people who would come forward to narrate their personal stories was an uphill task for Saha. For the first event, she has relied on her personal acquaintances and various NGOs to ensure the authenticity of the stories. From the story of a female idol maker in a male-dominated profession to the tumultuous journey of self- discovery by a gay man, each book came out with a vital message. A total of fourteen books were selected and all them belonged to varied walks of society.

On being asked about the response from readers, she shares with The Logical Indian, “People were motivated, moved and free to ask questions. Somehow, I feel people who attended will think twice at least before judging anyone. We say don’t judge a book by its cover so hopefully can achieve this in the long run.”

After receiving positive response from readers, she is planning to bring more engaging topics for the upcoming chapters. She credits all the success to her incredible team who coordinated and worked hard to make it happen. With such stimulating conversations happening through human books, she aims to change the perception of people so that they should not judge others without knowing their side of the story. The Logical India salutes The Human Library and the efforts of Deblina Saha for creating a space where important dialogues and conversations could be initiated and our prejudices could be questioned.