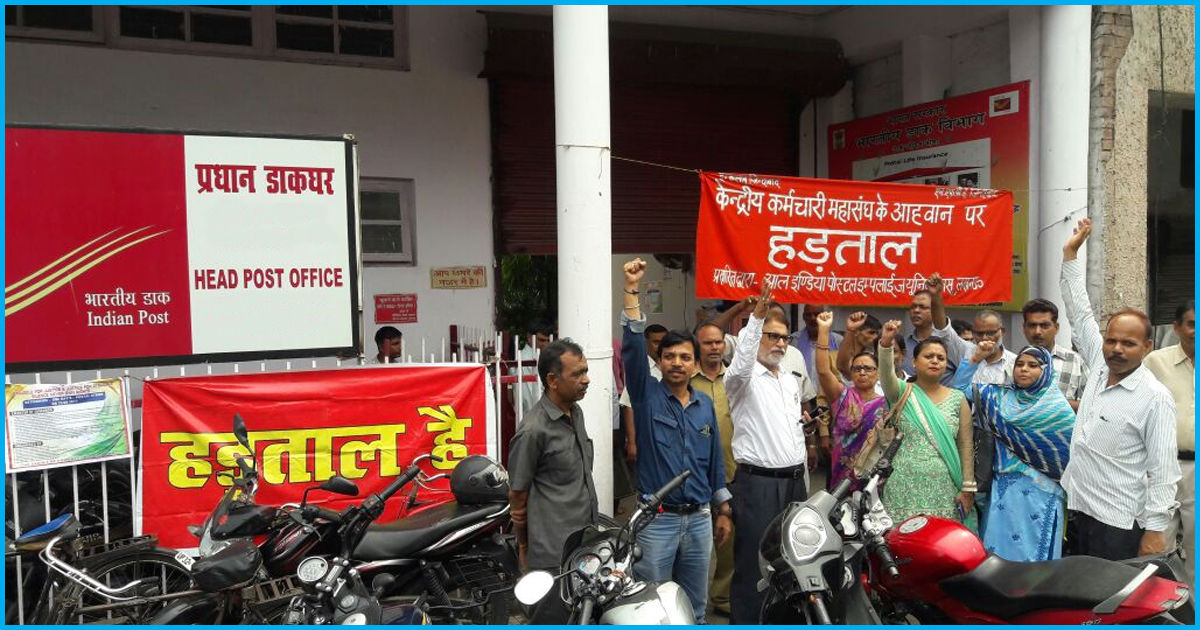 Nationwide rural postal services are virtually at a standstill as Gramin Dak Sevaks (GDS) enter the 10th day of their indefinite strike which began on May 22, 2018.

The cadres of GDS, who render postal services in the rural parts of the country have called for an indefinite strike demanding the implementation of the positive recommendations of the Kamlesh Chandra Committee.

Pandurangarao, General Secretary of All Indian Postal Employees’ Union- Gramin Dak Sevak (AIPEU-GDS), while talking to The Logical Indian said, “It has been 18 months since the recommendations were submitted. However, the cabinet has not implemented the same yet.”

Out of 4.5 lakh employees in the postal department, around 2.6 lakh are GDS. Pandurangarao said that about 90% of the GDS are participating in the strike.

To put pressure on the government, the GDS employees had also called for a day-long hunger strike on May 31 and a protest march to the Communications Minister’s Office in New Delhi on June 1.

However, this unity of the workers comes at a heavy cost since 1,29,000 branches of post offices across the nation remain closed for ten days, leaving the rural postal services crippled.

Shaswat Prabhat Das, a resident of Serampore, West Bengal, while talking to The Logical Indian said that he had applied for a tatkal passport on 17th of May, which was dispatched on 22nd of May. The indefinite strike not only delayed the delivery, but he had to go to the local post office to collect his passport on the May 30.

The GDS employees, who were earlier known as extra-departmental employees receive a monthly wage of Rs. 6000 to Rs 7000 on an average. However, departmental officers, who do the same work as GDS employees get around Rs. 25000 to Rs. 30000.

The recommendations of Kamlesh Chandra Committee, which was drafted in line with the 7th Pay Commission, called for a hike in the pay scale of GDS employees to raise the minimum wage to Rs. 10000 a month.

Apart from that, Pandurangarao said that it had also asked for the betterment of retirement benefits, some welfare measures and certain progressive measures among others.

The GDS employees plan to continue with their strike for as long as their genuine demands are not addressed. They will continue with this notwithstanding the fact that the employees have to sacrifice their salary for the cause.