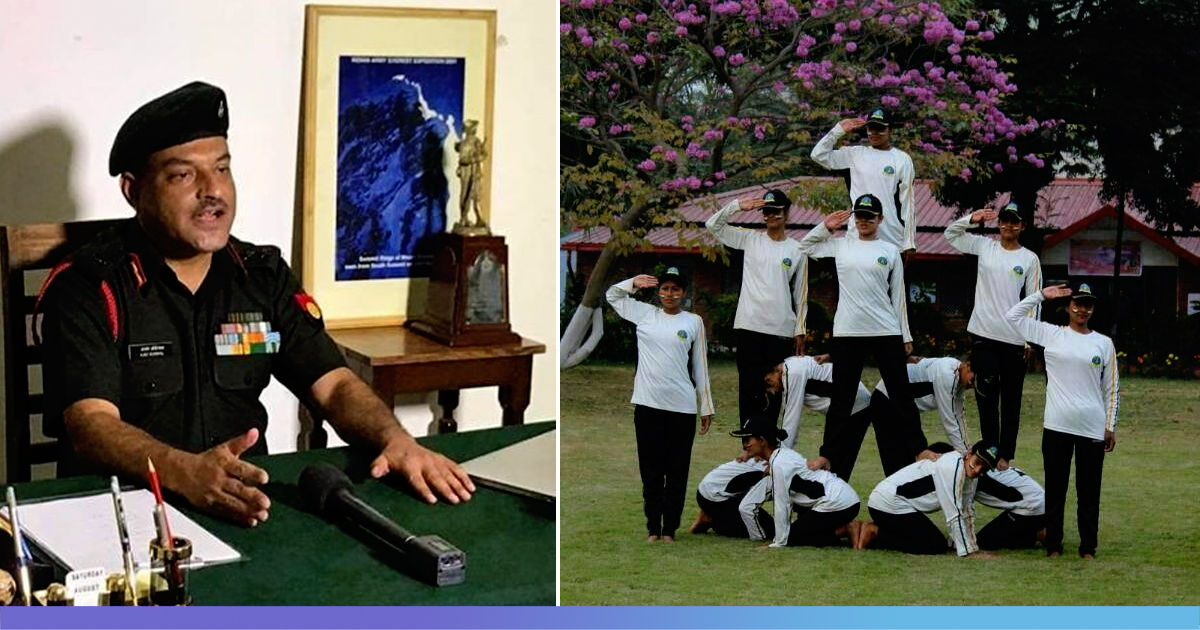 Youth Foundation (YF), a charitable trust organisation raised by Colonel Ajay Kothiyal, Principal Nehru Institute Of Mountaineering in Uttarakhand now trains girls for their recruitment in Corps Of Military Police in the Indian Army. The foundation started its girl’s camp in Sardar Bhagwan Singh University, Balawala, Dehradun after they realised the importance of training those who eagerly wish to join the forces, but lack the opportunities.

While speaking to The Logical Indian, Suraj Kothiyal, a member of Youth Foundation, said, “The camp has successfully trained about 30,000 candidates of which 8000 have been recruited in different forces and are actively serving the nation.”

Opening up new opportunities for women aspiring to join the Military Police in the Indian Army, the forces started their online registration in April this year.

A total of 100 seats are available for women candidates to register online for Military Police. Breaking all barriers, this is the first time women will be inducted as soldiers in the force. This came after the decision of Defence Minister Nirmala Sitharaman announcing that the government has taken a historic and robust decision to induct women in the Military Police, with an aim to enhance their representation in the three services.

“At present, almost 250 girls from Pauri, Tehri, Chamoli and other districts have started training for the physical tests that will be held during the recruitment rallies,” Suraj says.

Training camps organised by the Youth Foundation has always ensured that the participants will be groomed appropriately to join the military and other forces. Mental, physical and holistic grooming would be provided to help them clear the entrance examination.

The foundation takes services of the retired army personnel in training the candidates while the trained teachers are deployed in the camp who prepare the candidates in clearing the written examination part. Coach Rekha Agnihotri, a mountaineer from Nehru Institute Of Mountaineering, Uttarkashi, has been actively training women for the physical tests which include marathons, long jump, short jump and others. She predicts that the number of girls in the camp is likely to increase and the candidates, who will pass the physical tests, will also be provided training for the written exam by Youth Foundation. “The schedule of all the girls is well monitored. From early morning physical training to classes on theory and computer, to games and rigorous exercises, the girls are actively preparing to join the forces,” Suraj Negi, one of the administrators at the Youth Foundation told The Logical Indian. “By providing training to the young girls of Uttarakhand, we want to prove that daughters of Uttarakhand have the potential and valour to join Indian army and make the nation proud,” says Colonel Ajay Kothiyal, KC, SC, VSM (Retd) says.

Camps Organised In Past

The organisation has held several camps in the past that has prepared boys for many forces in the country. In 2013, out of thirty-two participants, 28 were recruited in the prestigious Garhwal Rifles of the infantry.

The first camp was held in 2013 following which the Youth Foundation was registered as a charitable not-for-profit trust in 2015.

“We had some information about women recruitment in the Army following which we organised two camps in 2018, one in Balawala with 350 girls and the other in Srinagar with 250 girls. The camp continued for about six months,” Negi says. “The girls are already motivated and strong, we are here just to give them the right direction,” Negi adds.