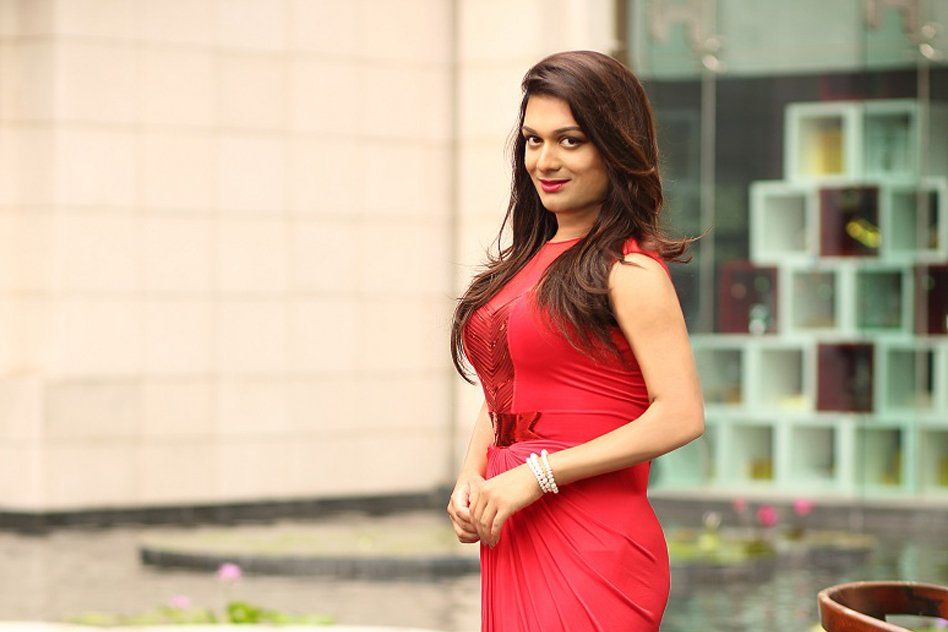 From Journalist To Being A Politician, Meet This Transgender Woman Who Is Breaking All The Stereotypes

Apsara Reddy is one of the most iconic and inspirational transgenders of India and perhaps the only trans personality to head several National Newspapers across the world. Born a boy, Apsara later transitioned to be a woman. She has a BA degree in Journalism from Monash University, Australia and MA in Broadcasting with a special focus on Developmental Economics from City University, London. After her education, Apsara has worked briefly with UNICEF to launch a health campaign across Tamil Nadu. She is an active voice that speaks against violence against women, corruption and dynastic politics. Apsara has worked with the BBC WORLD SERVICE, The Hindu, Commonwealth Secretariat in London, New Indian Express and Deccan Chronicle. Her national columns on consumerism, politics, celebrity lifestyles and education have put her in the top league of journalists. Her activism and lobbying also got her a plum job at the Indian Consulate in Melbourne. She was in the year 2013 awarded an excellence award by Jaguar Motors. She is also the recipient of many awards through Rotary, Round Table and other organizations. On International Women’s Day, Apsara joined the BJP and she hopes to work towards empowering the youth of the country and addressing issues such as prohibition, environment and the welfare of the backward classes. Apsara Reddy shares her experiences and her achievements in an exclusive interview with The Logical Indian.

1. As a transsexual woman, do you feel the transsexual society is empowered enough? Empowerment is not limited to visibility. It has to do with spaces of all kinds being available to transwomen. In that regard, NO. Most employers and even the empowered corporates shy away from the trans community. We are not seen as a talent pool, much more like a fringe minority with freakish behaviour. I would say, we cannot blame anyone for this because my own sisters don’t make a good case for themselves. Often the animated gestures, abusive language, begging and resorting to prostitution as the only ways to make a living put us in very bad light. Transwomen should see this evolution as a progressive one and not stoop so low. Even when opportunities come their way some of them settle for an easier way of life. Life is not easy, I agree. And I haven’t had it easy, so much more harder as my family is a traditional one and convincing them, took way too long.

2. You now entered the political arena as a spokesperson. It’s an achievement in itself, will this pay-wave for the transgender community to consider politics? I am not here to champion the cause of the trans-community alone. But yes, I am proof that people from the trans-community too can be in mainstream. In saying that, I don’t want to limit my scope to just being a beacon of hope for one community alone. I believe intellect, sensibility and strategy are necessary to empower and enlighten all sects of people. I don’t see it as an achievement. It’s only a small baby step that I have taken to indulge in welfare work.

3. Share some of the challenges you went through to reach up to this point? I am the one who believes, if life isn’t a bed of roses, then you got to learn to make love to the thorns. I have faced every situation in life with absolute honesty and dignity. Having an alcoholic father wasn’t the best environment for me, but I excelled in academics. There would be moments when there were financial hurdles, deceptive friends, small talk that cut deep and sometimes societal gossip that is so baseless. I have never been the one to react to any of it. My single point focus was progress. I am the one who believes respect comes before love or hate. It took me a long time to prove my mettle at every step of the way. Being a woman itself is tough, imagine being a trans-woman.

4. Tamil Nadu has been in the forefront in the empowerment of the transgender woman. Are you happy with the progress? Yes TN undoubtedly has done a few things for the trans-community. But all these remain tokenistic installations or policies. Daily lives and living hasn’t changed. We need a more well-thought out strategy to deal with a very complex and multi-layered community. Workshops, sustainable employment, some minimal reservation in the job sector and political recognition are necessary.

5. What do you intend to achieve in your political career? A political platform and position is very essential to effect positive change in the Welfare sector. I feel it’s my responsibility to empower youth and build stronger communities. I want to leave a mark, where even after me people can remember the good work I have done.

6. Share the best moments of your life? Working with the BBC and meeting some of the most brightest minds in the world has been very rewarding. I loved interviewing Nicolas Cage for The Hindu. Going on the grand prix tour with Michael Schumacher and writing about it for The Hindu while I was still a student was a proud moment for me.