Changing The World, Two Feet At A Time: An Organisation Providing Recycled Footwear To Underprivileged Kids 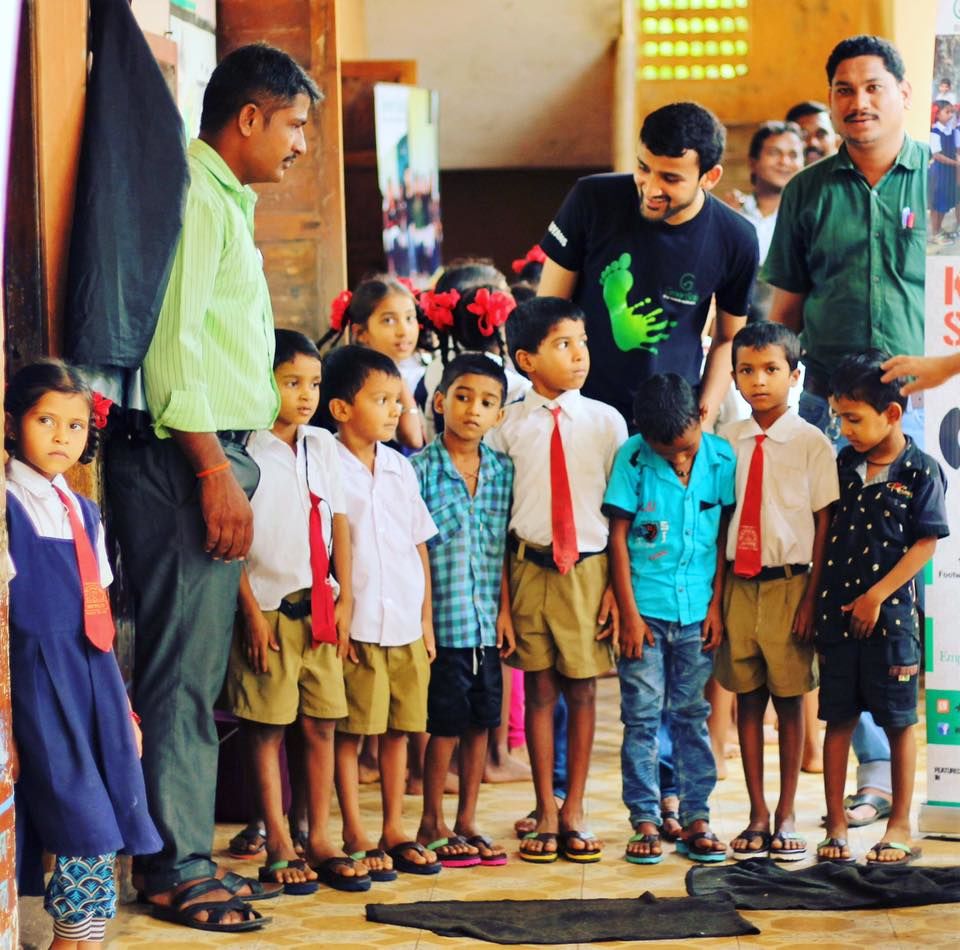 Greensole, a Mumbai based social venture was started by athletes Shriyans Bhandari and Ramesh Dhami in 2013 to provide recycled footwear to underprivileged kids.

The government schemes so far have focused on uniforms and books for children, and footwear has been relatively neglected. Seeing this, Bhandari and Dhami came up with an idea to make footwear for the children who cannot afford to buy proper footwear. They wanted to do this while ensuring that there isn’t added pressure on the environment caused by the factories. Dhami himself made footwear from his old marathon shoes and used the same technique to make other footwear too. The technique of making slippers involved the removal of the upper half of the shoe using a knife. Bhandari, who is a management graduate, found that every year about 350 million pairs of shoes are discarded across the world. In contrast, about 1.5 billion people are infected by life threatening diseases such as Elephantiasis and Tungiasis, contracted through contaminated soil and water — diseases that can easily be prevented by using proper footwear. They contemplated on a design patented it, once final. They displayed their shoes at an exhibition in Ahmedabad, Gujarat.

Their show was an unexpected success and the orders started pouring in. They took the sourcing to the next level by installing shoe donation boxes in colleges, housing societies, and parks. Greensole India now recycles discarded shoes into comfortable footwear, so that it can be used by the underprivileged kids.The main objective of the Green Sole is to conserve the environment. Since many products are used to manufacture athletic shoes, they result in pollution of groundwater and rivers when disposed into landfills. Recycling the shoes reduces the waste in landfills and also cuts down on carbon emissions. The company is now looking to also take up overseas projects. They began their journey with donations and support from family and friends, and have now started selling recycled footwear online, priced between Rs.600 and Rs.1500 a piece to manage the operational costs. With this money, they conduct surveys in schools and slums where kids require shoes and provide footwear to those children.

They are now planning to provide footwear to 20,000 rickshaw pullers in Kolkata who walk around with naked feet in the city. Their long-term plan is to ensure that no one has to commute barefoot anywhere in the world by 2023. The Logical Indian spoke to Mr. Shriyans Bhandari who said, “I believe that the best age for people to start social entrepreneurship is in their 20’s, because at this age you have maximum energy, passion, and fewer liabilities. But currently I also see people in their middle or old age do social work. What I feel sets us apart at Greensole is that we have a socially, environmentally and economically impactful system which is profitable as well. I also feel businesses, as well as social enterprises, should incorporate the ‘doing good’ part as a fundamental part of the working culture of the organization apart from setting up CSR divisions. I urge more young people to be more open to starting their own ventures, especially social enterprises, and start making the change for the future.”

You can buy a pair of Greensole footwear at https://www.instamojo.com/greensole/