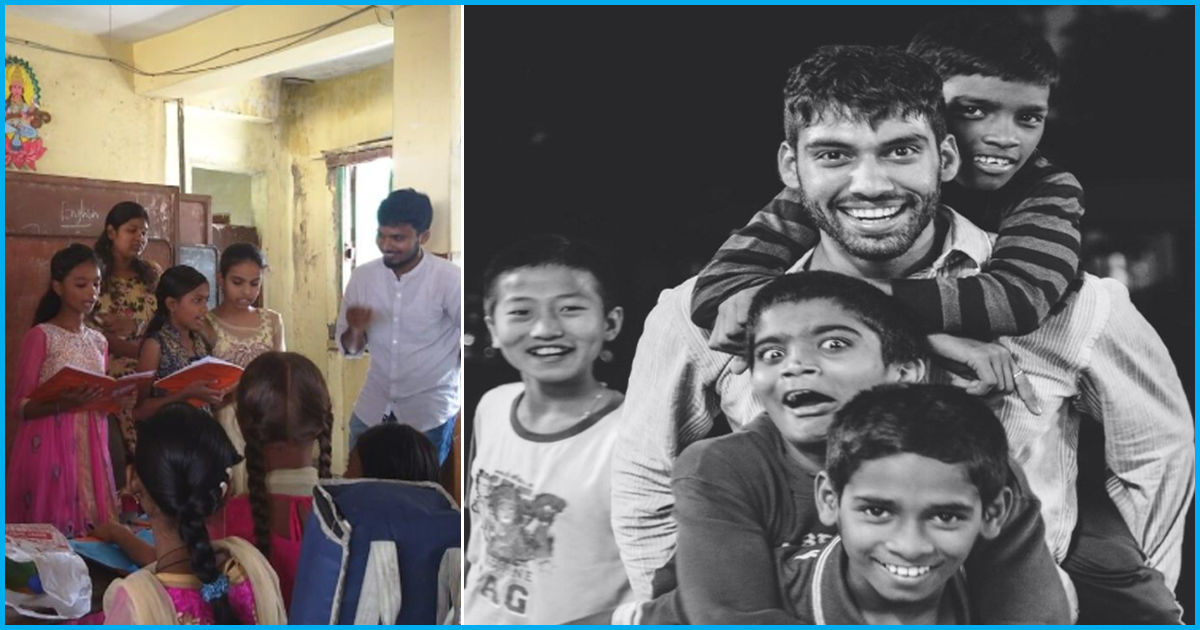 Middle school students of the Bandimet Government High School in Hyderabad broke down in tears after their musical act had ended to great applause. They had scripted, directed, choreographed and performed the entire act by themselves, to draw attention to the importance of safety measures around electric equipment, in memory of their friend who had lost his life due to an electric shock.

Nobody would expect such a meaningful response to this tragic incident from an unassuming bunch of ten to twelve-year-old government schoolers. Nurturing this hidden potential and fanning the flames of passion in the youngsters who need it is the aim of “Camp Diaries”, the brainchild of Milind Chandwani. This creative lot was trained and inspired by the people of Camp Diaries.

What does Camp Diaries do?

This NGO run by a group of youngsters organizes camps in government and low-income private schools, where the kids are introduced to a variety of activities like music, instruments, dance, drama, arts and science experiments to name a few. The kids are given the freedom to choose the activity which suits their interests and over a span of five weeks they are trained in the activities of their choice. The kids are helped in honing their skills and given an opportunity to showcase their talents by organizing shows which are open to the public and through YouTube channels owned and operated by the kids themselves. The story behind Camp Diaries

An IT professional turned educator and social worker, Milind Chandwani, encountered a situation where two of his students through Teach for India were nominated for training in extracurricular activities at a government camp, meanwhile, the rest of the kids who were also interested were left behind.

“In today’s world dreams have a fee and it is not possible for a government school kid to pay that fee,” says Milind. This was when it struck Milind, that these kids cannot go to different places to learn, but that learning can be brought to them in their own schools and that thought culminated into the pan India organization that is “Camp Diaries” today.

What started with Milind and four other volunteers and a handful of curious kids in Hyderabad, today reaches out to around 3000 kids a year across four major cities through more than 1000 passionate volunteers.

“Kids should not be restricted only to mainstream education” believes Sanskriti a city lead of Camp Diaries from Hyderabad. “We have been blessed with an opportunity and financial ability to learn various skills, so it is our duty to share those blessings with others,” says the 21-year-old forerunner.

In conversation with The Logical Indian, when asked if there are any notable incidents that reinforced his belief in the cause, Milind was quick to recall one spirited student, Imran, who was older than his classmates and hence conscious and unsure of his own capabilities when they first met. However, as time passed and Imran trained in dance at Camp Diaries, he transformed into a confident leader among his peers and went on to start his own project called “Children’s Camp Diaries” to pass on what he learned to the primary students of his school.

“Watching these kids being the change they wanted to see made me feel proud, and motivated me to keep going,” says the founder.

Camp Diaries currently operates in Hyderabad, Bangalore, Chennai, and Ahmedabad with the help of city leads who manage the affairs of the organization within their cities. The founder in response to our question regarding his future plans for the organization says that he wants to reach out and kindle rural talent as the opportunities and resources are fewer.

Through this platform of Camp Diaries, new windows have opened up for the kids who belong to the weaker economic sections, who probably would never have the opportunity to witness the world of art if not for this NGO.

It is commendable that in a world where youngsters fall short of time to manage their education, career, and social life, these dynamic volunteers at Camp Diaries have pledged their time and efforts to improve the skill set of the younger generation and providing them with alternative career opportunities. The Logical Indian lauds the efforts of this organization.

Also Read: Children From Low-Income Families Are Learning About Life Values Through Art, Thanks To Saturday Art Class