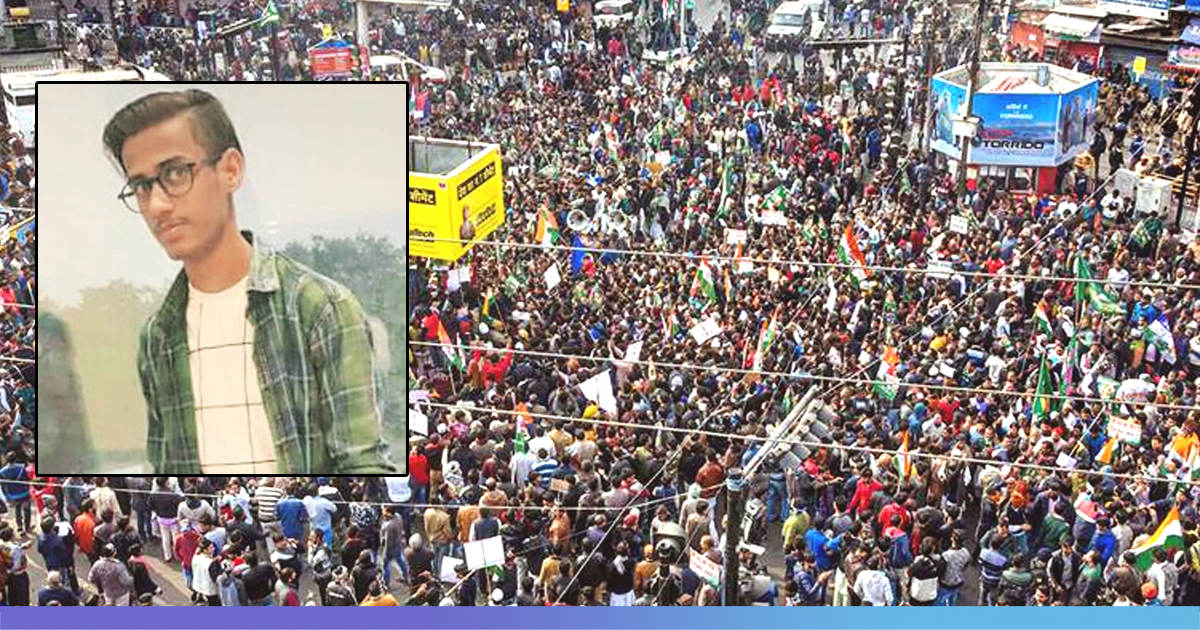 Bihar police have arrested six people including two affiliated to fringe Hindu outfits red-flagged in the murder of a teenager in Patna.

The two arrested are identified as Nagesh Samrat, 23, of the Hindu Putra Sangathan and Vikas Kumar, 21, of the Hindu Samaj Sangathan. They have been charged with Amir Hanzla’s murder, who was a worker at a bag stitching unit in the Phulwari Sharif area.

The 18-year-old was found dead on December 31, 10 days after he participated in an RJD protest against the CAA and NRC with a tricolour in his hand.

According to the police, Hindu Putra Sangathan is among 19 organisations, details of which were sought by the Bihar Police Special Branch in official communication in May 2019.

Speaking to The Logical Indian, Rafiqur Rahman, in-charge of Phulwari Sharif police station, said, “These Hindu outfits are known for provoking and instigating people. Amir was just a part of the protest. As the crowd dispersed, he walked into a lane which was probably unknown to him, and accidentally confronted Nagesh and Vikas, who ended up killing him.”

The alleged Facebook live of Nagesh Smrat who is also one of the accused in Bihar’s Aamir Hanzla murder case. He is associated with HindiPutra Sangthan. pic.twitter.com/jy3ztPO7oQ

“The post-mortem report revealed that blunt objects like bricks were used to murder Amir. He had a severe head injury, and there were cuts on his body. He also suffered internal bleeding,” Rahman added.

The two have been charged for criminal conspiracy along with murder. Rahman said that during the December 21 protest, these two men mainly instigated the communal tension in the area.

Four others have been arrested in the case – Deepak Mahto, Chhotu Mahto, Sanoj Mahto alias Dhelwa, and Rais Paswan.

According to police, video footage shows Amir carrying the tricolour in the protest. His family last spoke to him at around 11.45 am. His highly decomposed body was later recovered from near the Phulwari Sharif block office.

“These two men are not from Patna, but these Hindu outfits often tend to mobilise crowds from outside. There have been similar incidents earlier. We are working on gathering more evidence,” Rahman said.

Also Read: ‘We Will Keep Protesting Till CAA Is Repelled’: Delhi’s Shaheen Bagh Women On Dharna For Two Weeks