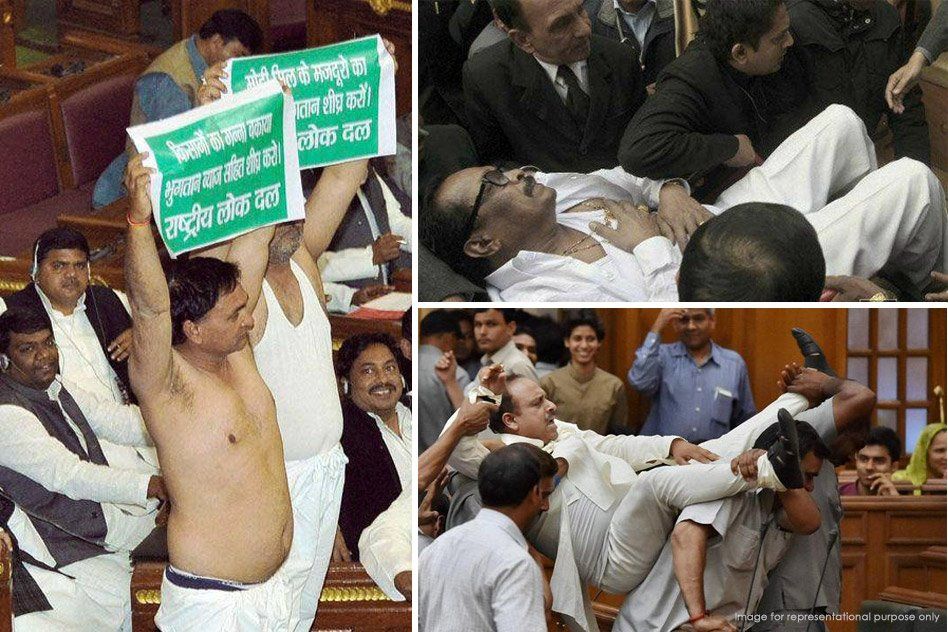 Behave Yourself: An Open Letter To Politicians From The Youth Of India

It’s been 4 days since the Parliament’s Monsoon Session began. It’s also been 4 days thrown into the dustbin of history. Because instead of passing laws and debating reforms, you spent all 4 days exchanging abuses and causing pandemonium in the “temple of democracy”. We’re surprised that the walls of the Parliament can withstand the decibels of your screaming and wailing.

The first 3 days almost managed to rename the Houses of Parliament as Lok Sabha Adjourned and Rajya Sabha Adjourned. On Day 4 the Lok Sabha met for only a few minutes before dispersing, promising to fight again on the 27th. There seems to be no end to this logjam. We did the math, and you’ve spent 6% of the Monsoon Session till now discussing legislation, and the remaining 94% of the time bickering like children at a candy store.

Don’t get us wrong – we understand it’s difficult keeping peace in a hall filled with people you disagree with. We also understand that you’re only human, with limited patience and an urge to voice your opinions.

But here’s what we’re sure YOU don’t understand: every minute that you spend in the Parliament costs us over Rs. 29,000. If you spend the remaining 18 days of the Monsoon Session in similar inaction, taxpayers will suffer a loss of over Rs. 35 crore. You are spending OUR hard-earned money in there.

Also, because you meet for only 70 days every year, there are high expectations on you to make the best use of your time. Other nations like the US and the UK have lawmakers meet for almost 200 days per year, and they mostly maintain decorum and discipline. We know a large bulk of India’s politicians are uneducated, but if you think that being uneducated is justification for your hooliganism, you shouldn’t have stood for election in the first place.

As such, we need you to give your very best in what little time that you spend in the Parliament. After all, a nation of several religions, a thousand castes, a billion people and infinite aspirations is a difficult one to handle.

But more than the fact that we have irresponsible lawmakers for leaders, the biggest problem is that you have succeeded in dividing India. We are now a nation of ‘Bhakts’, ‘AAPtards’, ‘Libtards’ or ‘Sickulars’. Not a nation of Indians. We are now loyal not to the Tricolour or the Constitution or to the Law; we are now loyal to the political party we voted for in the last election. That political party defines us, and anyone else with different ideologies is supposed to be anti-India.

But why would you care? This works out perfectly for you, now that you have such loyal vote banks to justify every one of your actions and follow you like cattle. Even now, after reading this, the comment section will be filled with people blaming BJP, Congress, AAP or some other political party, not the entire political class which has so humiliatingly failed us.

We hope you halt your petty fights and stop polarizing the nation. More than vote for political parties, India voted for a responsible, reliable government. And hear us loud and clear: this country deserves no less.

We will be watching,
The Youth of India.