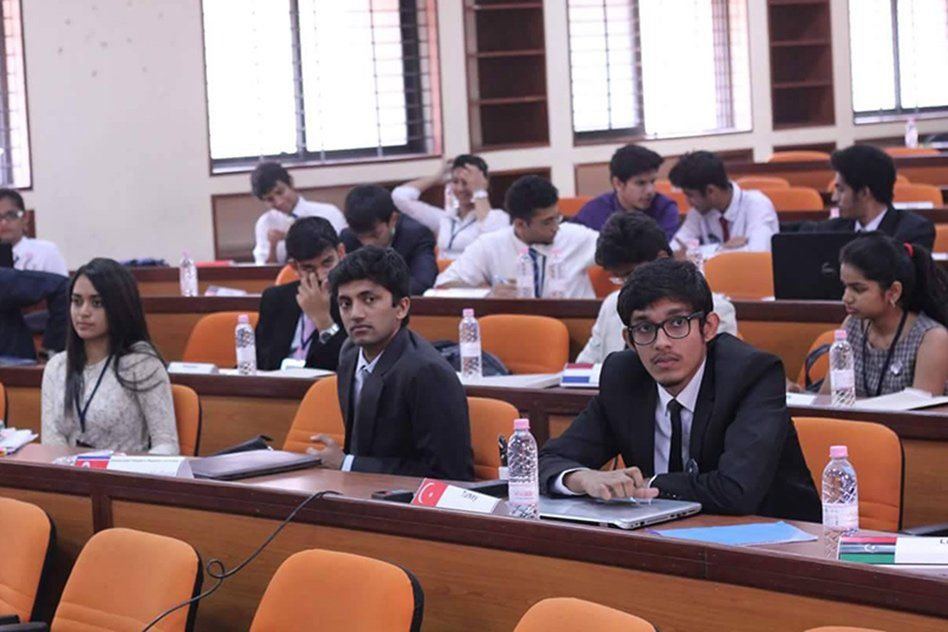 The Logical Indian in partnership with The People’s Conference, Bangalore (PECON) is organising – a Model United Nations (MUN) conference which is being hosted by the PES Model UN Society.

Model United Nations conferences, or MUNs, have seen a great surge in popularity over the past years. However, this might be the first time you’ve heard about them. So we thought we’d give you a little glance into the workings of an MUN and answer some common questions about them.

A Model UN is a recreation of the United Nations proceedings, with students role-playing representatives of different countries in UN committees like the General Assembly, Security Council, Human Rights Council etc. Students take on the roles of delegates, represent the views of their nation to the best of their abilities and debate on an agenda that reflects global issues taken up by the United Nations for discussion. The agendas are relevant to the committee in which they are discussed. A rising trend in MUNs is the simulation of historic and futuristic committees that imitate past and future scenarios respectively. Sometimes, non-UN government bodies like the All India Political Parties Meet and the Council of the European Union are replicated in Model UNs.

What do you do in a Model UN?

Participants, or delegates, in a MUN research their allotted countries in great detail. This helps them understand their country’s foreign policy which determines their state’s behavior while handling international politics. For instance, the delegate of Russia will rarely agree with the delegate of the United States of America. Same goes for the delegates of Israel and Palestine. Delegates must also research their country’s agenda extensively. Once they understand the background, the history, the various countries, incidents and connections that gave rise to such intricate issues, it becomes easier for the delegates to understand their country’s stance on the various sub-topics that the agenda summarizes. Delegates should also research on past UN resolutions, consequences, past actions as well as feasible and constructible solutions pertaining to the issue at hand.

What do you mean by Rules of Procedure?

Since MUNs represent the United Nations, the debate is carried out in formal settings. Executive Board members and delegates are required to wear formal clothing during the entire conference. Delegates are never allowed to refer to themselves in the first person. To ensure that debate goes smoothly and issues are discussed constructively, standard rules of procedure are followed in every MUN. Here is an informed article on rules of procedure by the United Nations Information Center in India and Bhutan: http://www.unic.org.in/items/Rules_Of_Procedure.pdf

So why should I become a MUNer?

The fear of public speaking is ingrained deep within a most of us. What better way to face that fear than to put yourself in the shoes of a delegate and debate about issues that actually matter? MUNs hone leadership, speaking, problem solving and writing skills of an individual. Further, it raises awareness about global issues on huge platforms and helps individuals become global citizens. The purpose of a Model UN is for students to achieve a greater understanding not only of the UN, but also of global issues, through an interactive and enjoyable educational experience. It is an attempt to engage students with global challenges, and encourage them to think creatively with an international outlook to problem-solving, that attracts many of the brightest minds in the country.