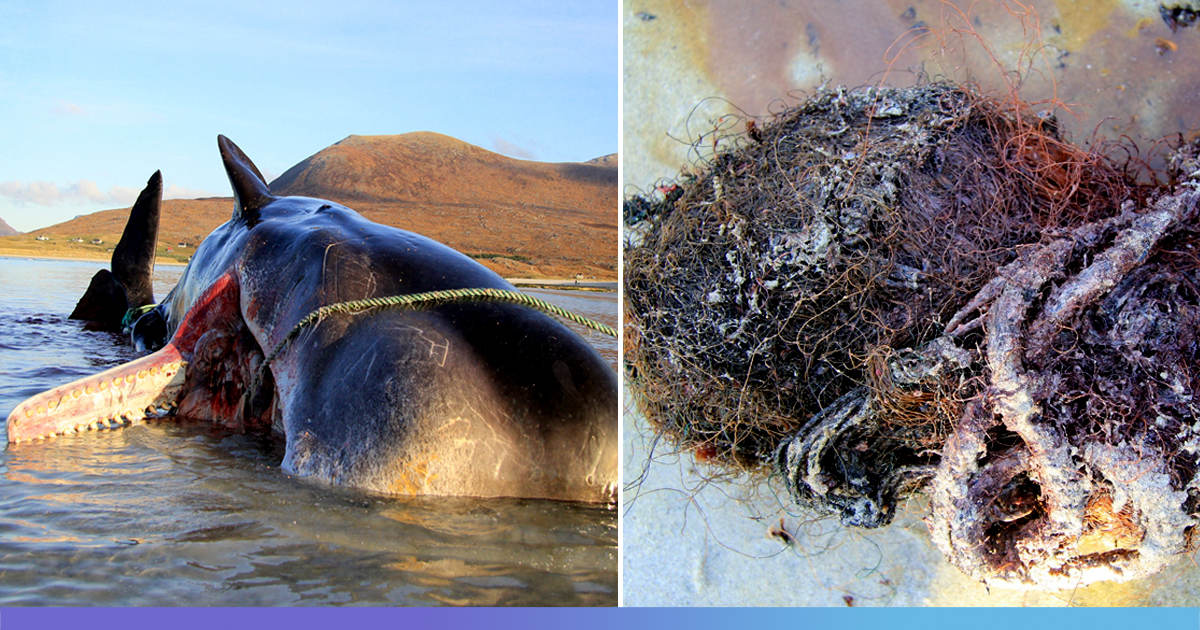 A sperm whale that washed up on Luskentyre Beach in Scotland had around 100 kg of tangled netting, rope, plastic and other debris in his stomach.

The whale had stranded and died on sandbanks on Thursday, November 28. The pictures of the whale and the debris in his stomach were shared on the Facebook page of Scottish Marine Animal Stranding Scheme (SMASS), an organisation that collates data on stranded marine animals around Scotland.

“In this whale’s stomach was approximately 100kg of marine debris- a whole range of plastic including sections of the net, bundles of rope, plastic cups, bags, gloves, packing straps and tubing. All this material was in a huge ball in the stomach and some of it it looked like it had been there for some time,” said the Facebook post.

While the organisation could not confirm if the debris were the cause of death of the whale, they said that it could have compromised digestion.

“The animal wasn’t in particularly poor condition, and whilst it is certainly plausible that this amount of debris was a factor in his live stranding, we actually couldn’t find evidence that this had impacted or obstructed the intestines,” the organisation said.

“This amount of plastic in the stomach is nonetheless horrific, must have compromised digestion, and serves to demonstrate, yet again, the hazards that marine litter and lost or discarded fishing gear can cause to marine life,” they added.

According to the organisation, the debris found in the stomach of the whale seems to have originated both from land and the sea. They buried the sperm whale at the site it was found.