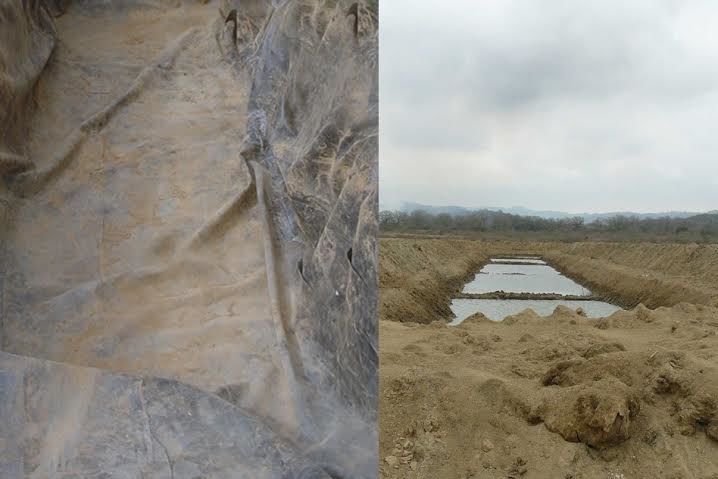 Water Conservation Through Plastic Waste Achieved By The Walni Villagers

Innovation at the village

A remarkable innovation has been achieved by the villagers of Walni, Maharashtra, who had been facing the problem of rainwater percolating in the ground and disappearing, thus depriving them of water in the much-needed summer months. They are using plastic waste to conserve water! Walni is a small village around 20 km from Nagpur, Maharashtra on Kalmeshwar Road. It had around 30 farm ponds several years ago. However, water received in the rainy season would percolate down the soil layers and by the time it was December, there was no water available for irrigation. One can imagine the drastic situation in the peak of summer. In view of such a predicament, many farmers started filling up the ponds with earth.

However, there were some others who decided that an experiment to solve the problem of water conservation was in order. They had a clue as to the method since the state government had introduced a subsidy for plastic paper used for lining the pond under Shet Tale Yojana. This scheme was not economical for the farmers though as the plastic sheets provided were very expensive. They tweaked the technique by using household plastic. Plastic water like wrappers and polyethene bags were collected and stitched together by the women in the village to make big sheets. They were then laid down at the bottom of the ponds and covered with a one-foot layer of soil. The sheets proved to serve as linings, thus preventing the rainwater from percolating into the ground and getting lost in the process.

Thus, two problems were solved in one go – the problem of plastic waste disposal as well as retaining of water in the ponds. As a result, water does not get lost by December and the ponds are full of water even till April and May. When the success of the scheme was discovered, other farmers in the area followed suit. Sunday is the day allocated for collecting the plastic waste and handing them over to the women. They stitch them into sheets which are then laid down in the ponds for lining.

When plastic became a blessing

Plastic waste has thus turned out to be a blessing for the villagers. Burning them, as they did earlier, would cause air pollution and carrying them to the city dump yard proved to be costly. With the prospect of water availability increasing substantially, the villagers are also planning to use efficient modes of drawing water.

When together, anything is possible

It is no secret that disposal of plastic waste has proved to be a major challenge for environmentalists and governments across the globe. Plastic takes many years to decompose and when it does, many harmful chemicals are released into the ecosystem. Also, there are other problems like clogging of drains during the rainy season which artificially create floods, especially in various cities. At the same time, India is also facing the crisis of groundwater depletion and water conservation. The Logical Indian appreciates the people for taking up the initiative and solving the problems, they remind all of us how when people come together they can solve any problem that we face.