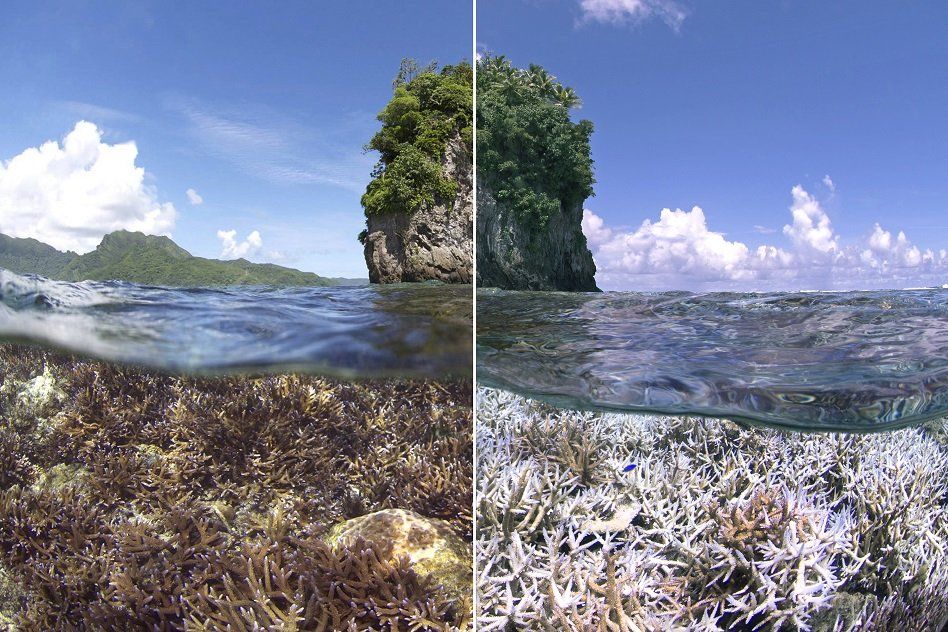 The 25 Million-Year-Old Great Barrier Reef Is Not Dead Yet, But It Is At The Verge Of Dying

In a recent posthumous tribute written by Rowan Jacobsen for Outside Magazine, it was said that the 25 million years old Great Barrier reef of Australia has passed away after a long illness.

The community of scientists who studies coral reefs in the Pacific has claimed that it is not dead but is in a declining stage. There have been just a massive bleaching which has endangered the reef and if not stopped will result in decay of marine life and ultimately the demise of coral reef.

The Great Barrier Reef, located at the coast of Queensland, Australia is said to be the world’s largest coral reef system. It has 2,900 individual reefs and 900 islands stretched over to 2,300 kilometres. There are almost thirty species of whales, dolphins, and porpoises. More than 1,500 fish species live on the reef including clownfish, red bass, red-throat emperor, snapper and coral trout. From sea turtles to saltwater crocodiles to pipefish, it is a home to thousand of species.

The Reef is at verge of dying

The Great Barrier Reef faces various environmental threats. Climatic change, pollution, eutrophication, pesticides are some of the main reasons of decline of the reef. The Ocean Warming has increased coral bleaching. It has affected the life of species and therefore there is a loss of coral life and aquatic animals.

Coral bleaching impacts the relationship between rock like living creatures that form the reefs and microscopic algae that impart colours to them.

Barrier reefs are very important part of the ecosystem. They protect coastlines from the wave actions that damages the aquatic life. They are also an abode to many marine organism. The first industry also depends on coral reefs, and they assist in carbon and nitrogen fixing. Coral reefs are the source of nitrogen and other essential nutrients for marine food chains.

Prevention of other Barrier Reefs
To stop barrier reefs from declining and deteriorating, we can take certain steps that will conserve the reefs. A lot of trees should be planted to keep balance. Boating and fishing near reefs damage the coral reef. Also, one should avoid littering and throwing trash cans into the sea. Scuba diving and snorkelling are adventurous sports but should be done ensuring that no damage is caused to reef.

There are many other coral reefs which are on the verge of declining but can be conserved if we take the initiative. Red Sea Coral Reef near Israel, New Caledonia Barrier Reef near New Caledonia, The Mesoamerican Barrier Reef near Mexico, Belize, Guatemala and Honduras, Florida Reef in the Atlantic Ocean are some of the renowned reefs that also require our urgent attention before they are damaged and die like Great Barrier Reef.

You can read the full article here: https://www.outsideonline.com/2112086/obituary-great-barrier-reef-25-million-bc-2016