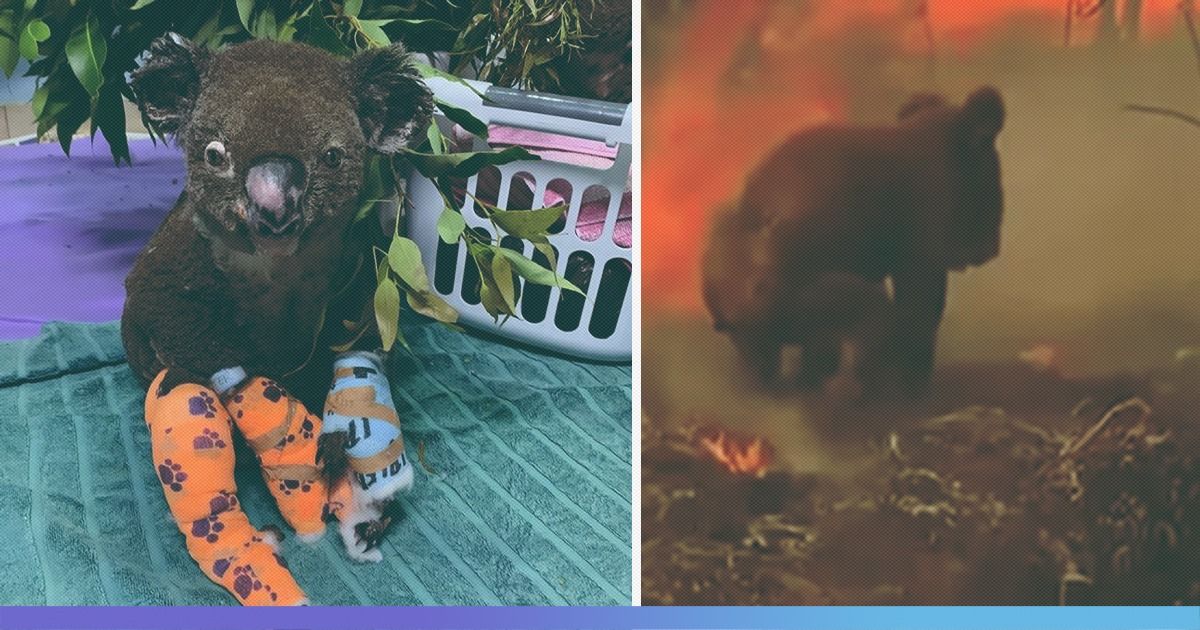 The Koala bear that was rescued by a woman in Australian bushfires succumbed to the burns on 26 November. The Koala bear was named as ‘Ellenborough Lewis’ by Tony Doherty, the motorist who was seen saving him in the viral video. Lewis was determined to be 14-years-old.

On November 26, the hospital posted on their Facebook page saying that they came up with the decision to euthanize Lewis as his condition kept deteriorating.

The post read, “In Ellenborough Lewis’s case, the burns did get worse, and unfortunately would not have gotten better. The Koala Hospital’s number one goal is animal welfare, so it was on those grounds that this decision was made.”

Today we made the decision to put Ellenborough Lewis to sleep. We placed him under general anaesthesia this morning to…

Apart from the bushfires, the rapid deforestation is leading to the devastation of the habitat of Koala bears. The climate-heating impacts of drought and declining water availability is making the situation even worse.

“At least two million hectares of bushland have been burnt. Broadly 300 million trees have been affected by the fire. The vast majority will regrow, but increasingly we’re seeing trees killed by fires because they are too hot and they stop the shoots resprouting from their stems,” Stuart Blanch from WWF Australia told The Guardian.

The Federal Threatened Species Scientific Committee reported that the Koala population has come down by 42% between 1990 and 2010. The experts are of the opinion that if this decline continues for 20 more years, the Koalas will be completely extinct.

James Tremain, a spokesman for the NSW Nature Conservation Council told The Guardian: “Koalas, like all animals, can only survive within a fairly narrow temperature and rainfall range. Koalas simply can’t tolerate more than three or four extremely hot days in a row. These long heatwaves are becoming more common in the state’s west, which means koala populations are shrinking to the east along the coast.”

Koalas are functionally extinct today and are highly threatened to become extinct in the future. It is an emergency that the governments around the world must act on.