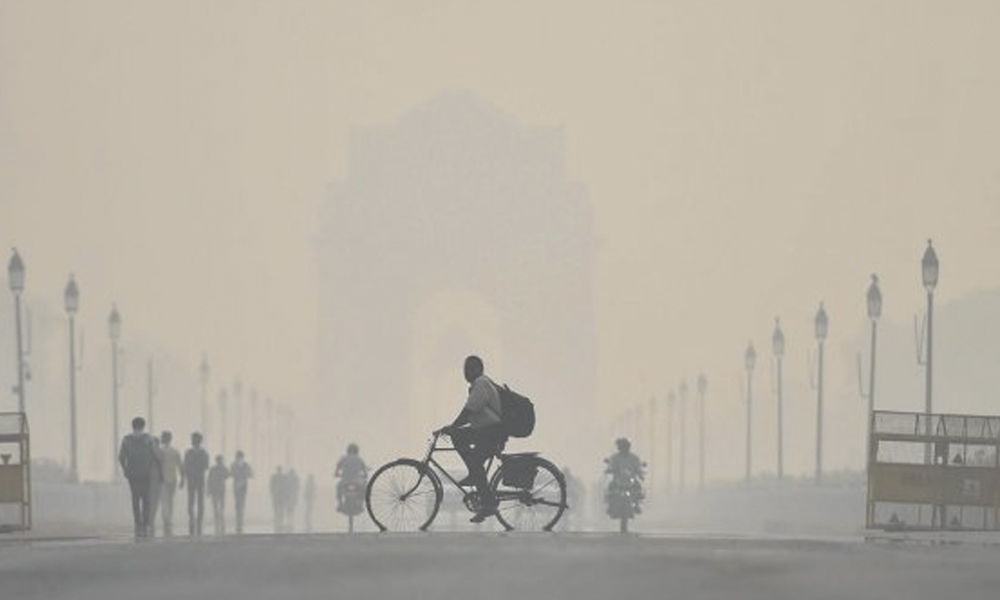 The air quality further deteriorated on Friday with AQI touching 507 mark in outer Delhi while in Noida it crossed 600 mark.

Delhi is facing a double whammy with air quality index in 'severe' category amid the coronavirus pandemic. The air quality further deteriorated on Friday with AQI touching 507 mark in Bawana in outer Delhi.

The rise in pollution levels comes at a time when Diwali is around the corner with people not only coming out in large numbers but also burning firecrackers. The locals have complained of respiratory problems when the festival hasn't even started.

Several other areas reported levels of PM 2.5 particulate above the 400 mark which is considered as the deadliest and the most dangerous for the human body.

Long term exposure to the PM 2.5 particulate can result in a greater amount of mortality rate due to COVID-19, according to a new study published journal Science Advances in The United States. The research was conducted across 3089 countries and "covered around 98% of the total population".

According to the study, "chronic exposure to PM2.5 causes alveolar ACE-2 receptor overexpression and impairs host defences". The increased exposure could cause a more severe form of COVID-19 "increasing the likelihood of fatal outcomes" the scientists wrote in the study.

According to the reports by Ministry of Earth Sciences' air quality monitor, SAFAR, the farm fire count in Punjab, Haryana, Uttar Pradesh, Uttarakhand, and neighbouring areas have increased significantly to 4,135, the highest this season so far, and the boundary layer wind direction is northwesterly - favourable for the transport of pollutants from farm fires.

To take severe actions regarding the pollution levels a permanent body was constituted by the centre on October 28th named as 'the Commission for Air Quality Management in National Capital Region and Adjoining Areas', and on Thursday the former Delhi Chief secretary M.M Kutty was appointed as it's the chairperson.

Other members along with him who will join the commission are namely Mukesh Khare, of the Indian Institute of Technology (IIT), Delhi, and Ramesh K.J, former Director General, India Meteorological Department, and Arvind Kumar Nautiyal, Joint Secretary in the Union Environment Ministry.