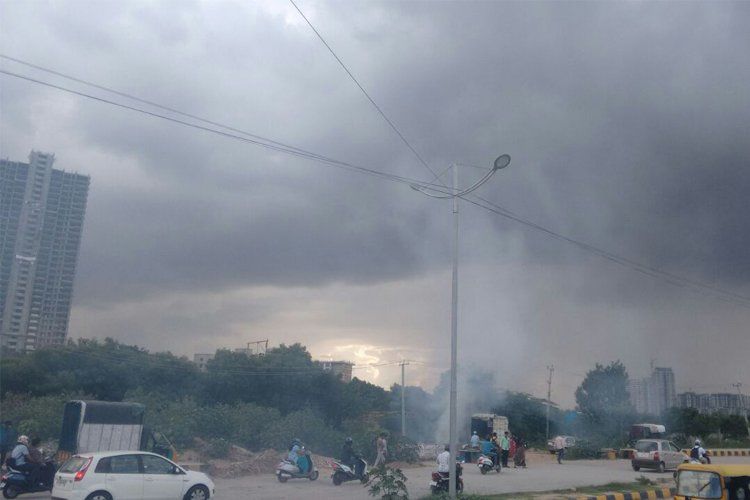 Bangalore: Garbage Burning Is Putting Toxic Chemicals In Air, And No One Is Bothered

The image above has become an all too familiar sight in Bangalore: a pile of garbage burning, uncovered, attacking the senses. This act has become so common, in fact, that it’s considered normal. A part of daily life.

But here’s the truth: open garbage burning is against the law according to Ministry of Environment. You can read the rules here. That means every time garbage is burned openly in Bangalore, an illegal act is being committed.

Not only that, but it’s also highly toxic. Garbage burning grately contributes to existing urban air pollution which is known to reduce the lives of Indians by over 3 years. The cocktail of toxins released by garbage burning is much more harmful than toxins in industrial areas.

Polyvinyl chloride is a material found in children’s toys and a variety of other household products. It forms dioxins when burned, which are very toxic. Dioxins can cause growth defects and cancer in children.

Bangalore’s families and children deserve better. We need to let the BBMP know that open garbage burning is putting our children’s health and lives at stake. Please take action today.

Jhatkaa.org in collaboration with The Logical Indian is running #BangaloreIsBurning campaign to end open garbage burning in Bangalore. Learn more below and join the campaign here.

There are two ways you can immediately get involved in this campaign:

We’ll plot these images onto an online map to show the BBMP how widespread garbage burning is across Bangalore and where the hotspots are.

We can solve this crisis, but it’s going to take all of us. Do your part by joining this campaign and reporting garbage burning violations across the city.