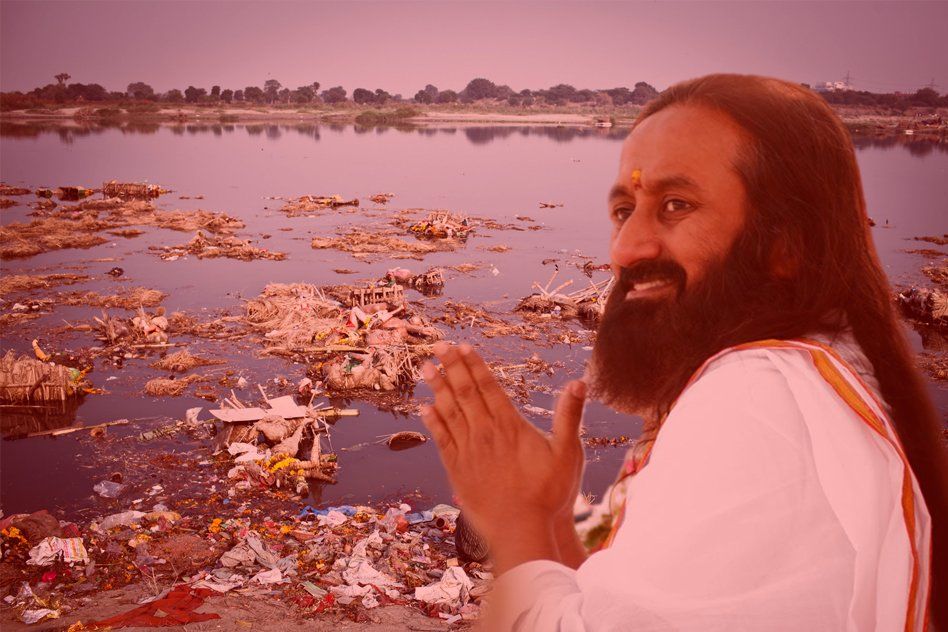 Damning assessment of Art Of Living event
An expert committee was constituted by National Green Tribunal to assess the damage caused by the World Culture festival organized by Sri Sri Ravi. The committee was formed at a time when there were many reports of large-scale damage to the ecosystem on the flood plains of Yamuna. The event was attended by many dignitaries including the Prime Minister Narendra Modi and Delhi Chief minister Mr. Kejriwal. The expert committee has now come out with a detailed report on the damage caused by the World Culture Festival and the findings have been damning, to say the least.

1. Entire floodplain area used for the main event site i.e.., between DND flyover and the Barapulla drain has been completely destroyed, not simply damaged.

2. Main event site – It has been totally destroyed by complete clearing of all kinds of vegetation on the floodplain (and loss of all dependent biodiversity), filling in of water bodies and all depressions, dumping of debris and garbage followed by levelling and heavy compacting of the ground.

3. Grand stage – “The area where the grand stage was erected (and the area immediately behind it) is heavily consolidated – most likely with a different kind of external material used to level the ground and compress it. Huge amount of earth and debris have been dumped to construct the ramps for access from the DND flyover and from the two pontoon bridges across the Barapulla drain.

4. Main River Channel – Physical changes also occurred in the river channel due to the removal of riparian vegetation, construction of road and pontoon bridges, blocking of the side channel that would invariably disturb the flow and bottom sediments besides bringing in particulate material (sediments and organic matter) into it.

These are among the many other findings of the report which has given a damning assessment of the environmental impact the event by Sri Sri has caused. The Art Of Living in response has sought for reconstitution of the committee.

The Logical Indian is appalled by the findings of the report, it is indeed despicable that elected leaders who are entrusted with protecting the environment did not raise their voice against the violations the event had committed besides going on to attend the event. Environmental conservation should be at the heart of governance at a time when climate change and global warming are real and grave threats faced by all of us. We demand the government to take cognizance of the report and initiate appropriate actions that will set a good example.