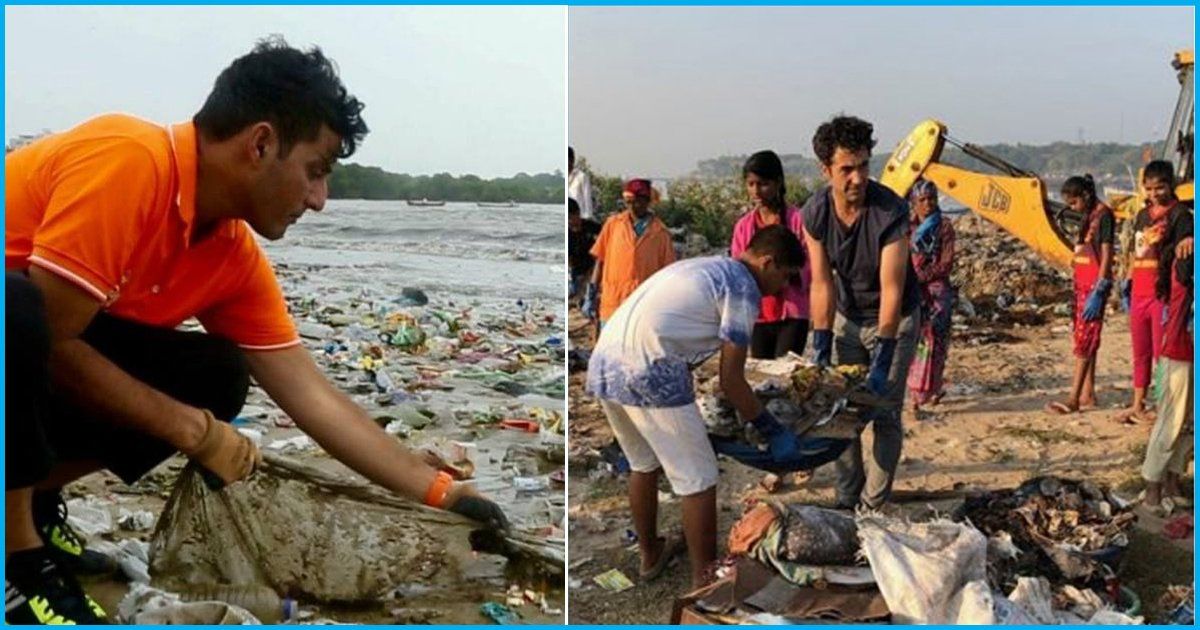 Afroz Shah, the lawyer-turned-activist who suspended the campaign of cleaning Versova beach in Mumbai after his volunteers faced harassment from goons and BMC failed to pick the garbage collected, has decided to resume the campaign again.

Thank you to the multitude of people from India and around the globe who stood up for mother nature. Gratitude and love to each of them.

9 to 11am – Awareness to stop littering in to ocean. pic.twitter.com/hn9NhuLCQl

“I told everyone before that I will resume the campaign only if the ground reality changes,” Afroz Shah told The Logical Indian.

Afroz Shah said that Devendra Fadnavis, the Chief Minister of Maharashtra and Aditya Thackeray personally intervened and urged him to take up the cause again. “They said that such an amazing citizen initiative should not stop,” he said.

“I made it clear before why I stopped the campaign. Lethargy on part of the administration in picking up the collected garbage was one of the problems. The second was the heckling that my team and volunteers faced because we were picking up garbage.” Afroz said.

He says the CM assured him that the people who heckled him would be looked for and proper action would be taken against them.

The Brihanmumbai Municipal Corporation (BMC) also took the initiative and collected all the garbage from the beach. “Can you believe it they collected 120 truckloads of garbage that was collected and kept since July,” Afroz says jokingly.

The campaign will again start on Saturday. Robust mechanism and machinery have been put in place with the help of the BMC. Police also assured that during the cleaning drives every weekend, officers will be deployed to make sure the volunteers are not heckled.

Afroz says that from coming weekend they will not only be cleaning garbage but also will sensitise people to marine litter. “By 2050 there is going to be more plastic in the ocean than fish,” he says with concern.

“On Saturday we are going to clean the beach and on Sunday we will spread awareness about marine litter. We will sensitise children and the nearby slum-dwellers too so that they understand that it is not only us who are bothered by garbage. Aquatic lives matter too.”

“I Am Sorry, I Give Up,” Says Afroz Shah Who Cleared 9 Million Kgs Of Garbage Off Versova Beach