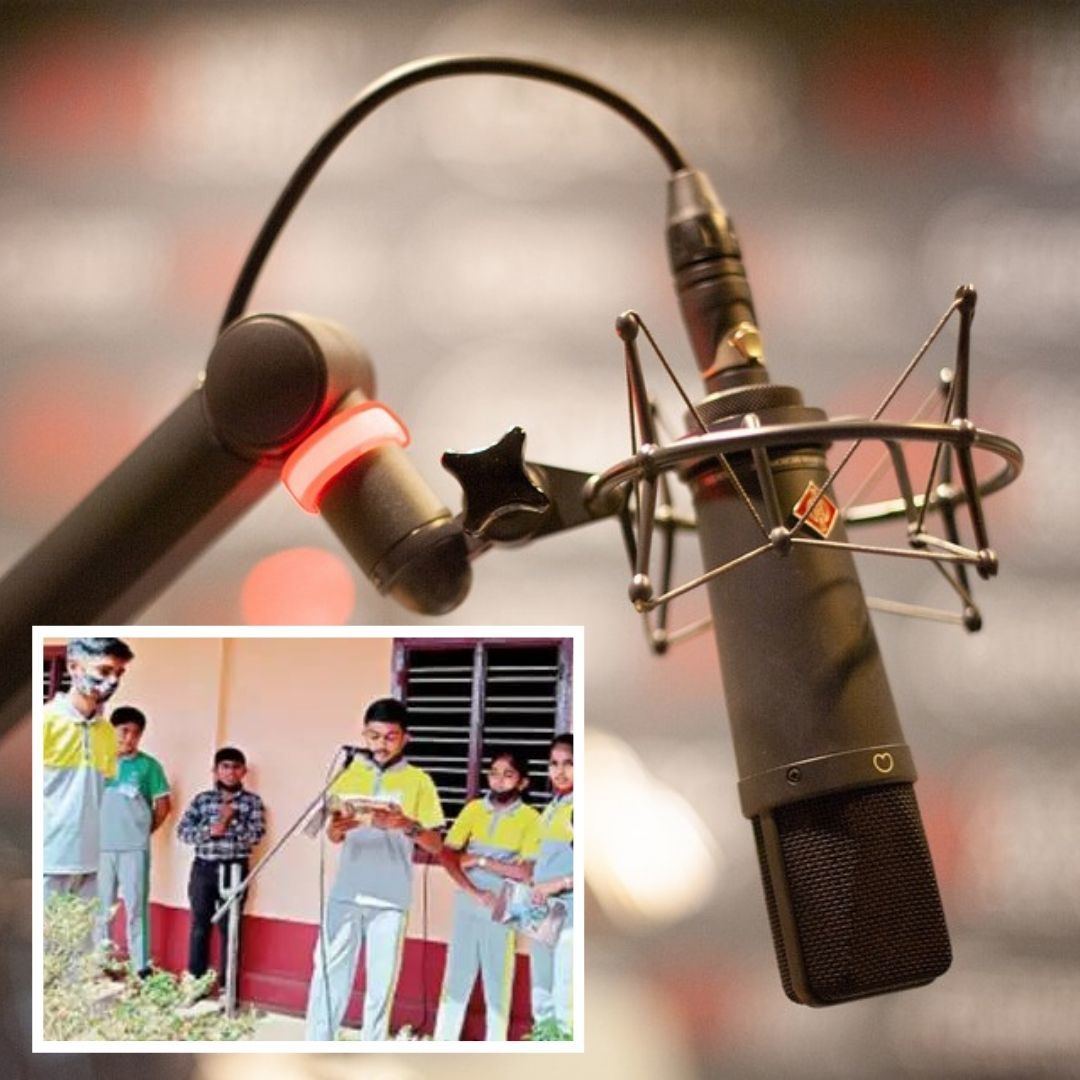 The station was installed with the intent to help students from villages. The kids had stage fear, and the school authorities decided to dedicate 15 minutes every day to overcome it.

A rural school in Karnataka's Dakshina Kannada district has introduced a radio station to overcome stage fear among students. During their recess, the kids can be seen singing, reciting, mimicking or cracking jokes on the mic.

It started around four years ago; Mariambika English-Medium School at Bebdrabettu, also called Radio Station, is located 16km from Belthangady town. The microphone went silent because of the COVID-19 pandemic when schools were closed down. However, when the students were back on campus, they returned to sing and recite with more confidence and enthusiasm, The Times of India reported.

Sister Leena, head of the institution, told TOI that when the station was launched, the brief was simple as every kid would be allowed to perform, and no one would be judged. "The station was installed with an intent to help students from villages. The kids had stage fear, and we decided to dedicate 15 minutes every day to overcome it. Since then, the response has been good, and the students developed positive changes in them," Leena said.

Children Free To Do Any Activity

The school has nearly 500 students from classes 1 to 10. She said the children are free to do any activity of their interest. "Some like to sing, others crack jokes, talk on current affairs, conduct quiz, do mimicry, recite poems or enact skits." The teachers assign slots to the kids according to their classes. The kids finish their lunch early and run to grab the microphone set in the school corridor, and other students listen to them with speakers connected to each classroom. Leena added that they could see a change in the students after returning to school following the pandemic and said, "We noticed they were bolder and more forthright. The participation among them is more active compared to pre-COVID period."

The move has grabbed the attention of the department of public instruction. Shambhu Shankar, coordinator of the block resource centre in Belthangady taluk, visited the school. "This activity improves the listening and speaking skills of students in their free time," Shankar said.He said that the initiative helps overcome stage fear too and is 100 per cent usage of students' free time. "I was overwhelmed while listening to a child talking about environmentalist Saalumarada Thimmakka in English," he concluded.

Also Read: Who Is Shweta Singh, The Prime Accused In 'Bulli Bai' Controversy